Image stabilisation cannot stop a moving subject giving a blurred result if you choose a shutter speed that is too slow. 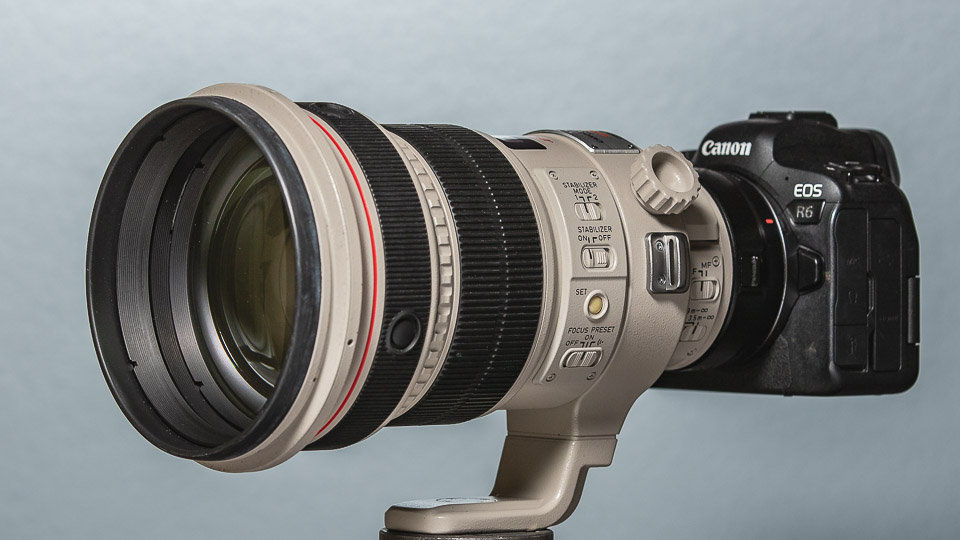 This post has been prompted by a number of photographers who told me they were waiting for a new stabilised lens or camera to enable them to get sharper shots in low light. The reality is that a moving subject can only be frozen with shutter speed.

With the combination of in-body and lens stabilisation providing up to eight stops of stabilisation, the confusion has only grown. Let’s look at a couple of examples…

This first shot is taken on a DSLR fitted with an EF 70-200mm f/4L IS USM lens and was taken at 1/25s, with the lens zoomed to 70mm. Conventional handholding rule would require 1/70s shutter speed for a shot without camera shake. The 4-stop IS unit in the lens happily stabilises the camera shake, and all subjects that are static in the frame, the trees, are rendered stationary. All subjects that are moving quickly are still recorded as a blur.

When the EOS R5 and EOS R6 introduced in-body image stabiliser (IBIS) the confusion has continued, especially with 5-stops of stabilisation just from the camera, and up to 8-stops in combination with some lenses. 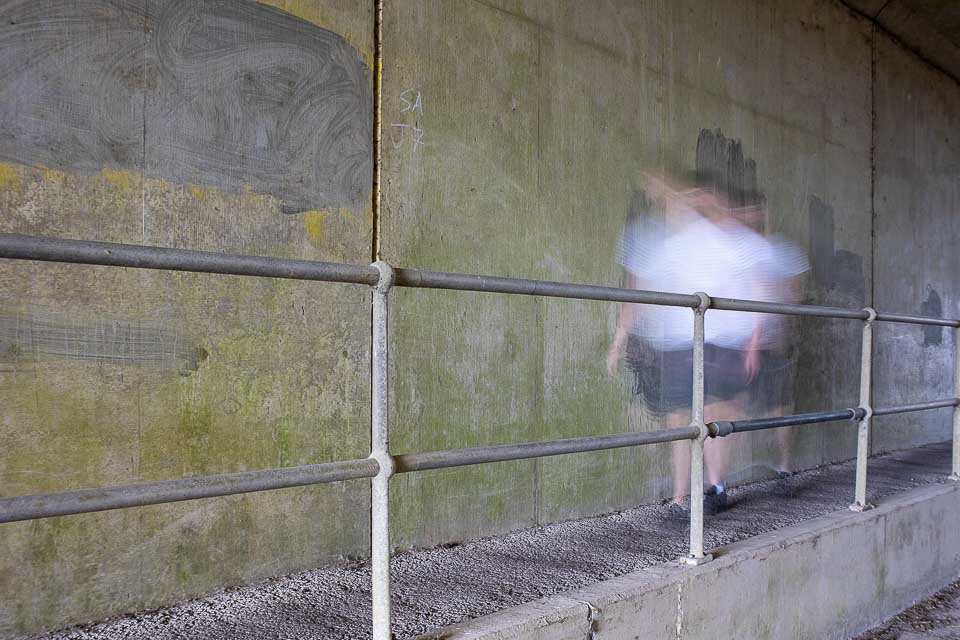 To demonstrate the in-body stabilisation I fitted a non-stabilised lens, in this case my EF 40mm f/2.8 STM. Convention indicates that I need 1/40s to handhold it, but with five stops I can go 1/40s > 1/20s > 1/10s > 1/5s > 0.4s > 0.8s. But I reasoned that I’m a steady handed photographer so this shot is a full 1 second exposure. In the full shot you can see the cobwebs on the metal handrail it’s that sharp. However the person walking through the tunnel is rendered as a blur.

Hopefully that puts things straight, if not I’m just going to refer people to this post. However if you were photographing a building interior and not permitted to use a tripod, then up to 8-stops of stabilisation is a wonderful enabling tool to have available.

When not to use IS

It’s is commonly advised that you should turn off IS when shooting long exposures on a good solid tripod. This is because the IS can get in to some oscillation that actually reduces the sharpness of the shots. Some lenses have so called tripod detection where they deactivate the IS, but it is also worth switching it off to be sure.

Activating and deactivating IS 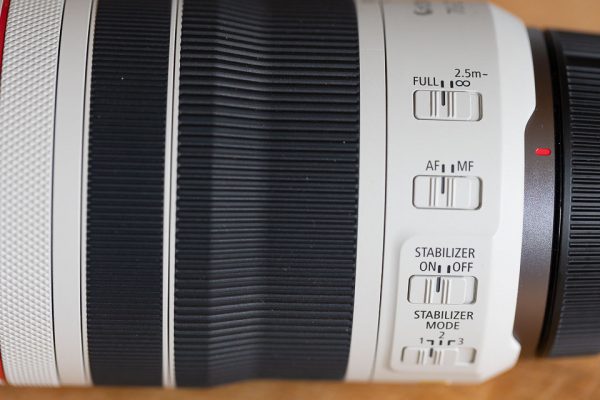 If your lens has an IS switch, then it’s the one in control. Switching off IS on the lens also switches off the IBIS in the EOS R cameras that have it. For lenses that don’t have an IS switch in-body image stabilisation can be deactivated from the camera menus.

Some lenses have a Stabilizer Mode switch, with up to three modes on some lenses. These modes are used to help the IS work with the photographer instead of against them.

Mode 1 – This is the default mode for general photography and the stabiliser works to counteract shake in all directions. It’s commonly used when photographing static or largely static subjects.

Mode 2 – This is the one for panning, and makes the system avoid correcting shake in the panning direction. If you will be swinging the lens, to follow a speedy subject use mode 2 if your lens has it.

Mode 3 – is a recent mode, which is designed to only stabilise when a photo is being captured. This means that while you move the camera from one subject to another the IS is inactive so you have a real view of the subject that’s not corrected. This is most helpful on the longer telephoto lenses.