We get inspiration from other people all the time. I saw Yassy in another photographers photos and decided I wanted to work with her. Fast forward a few months and our first shoot fell in to place. Also Yassy wanted to try portrait modelling as well as photos of her special talent.

I met up with Yassy and her mum at Studio88 in High Wycombe. I’d opted to use the slightly industrial natural light studio space for the shoot, but I’d also brought along some flash just in case natural light was not playing nicely on the day. 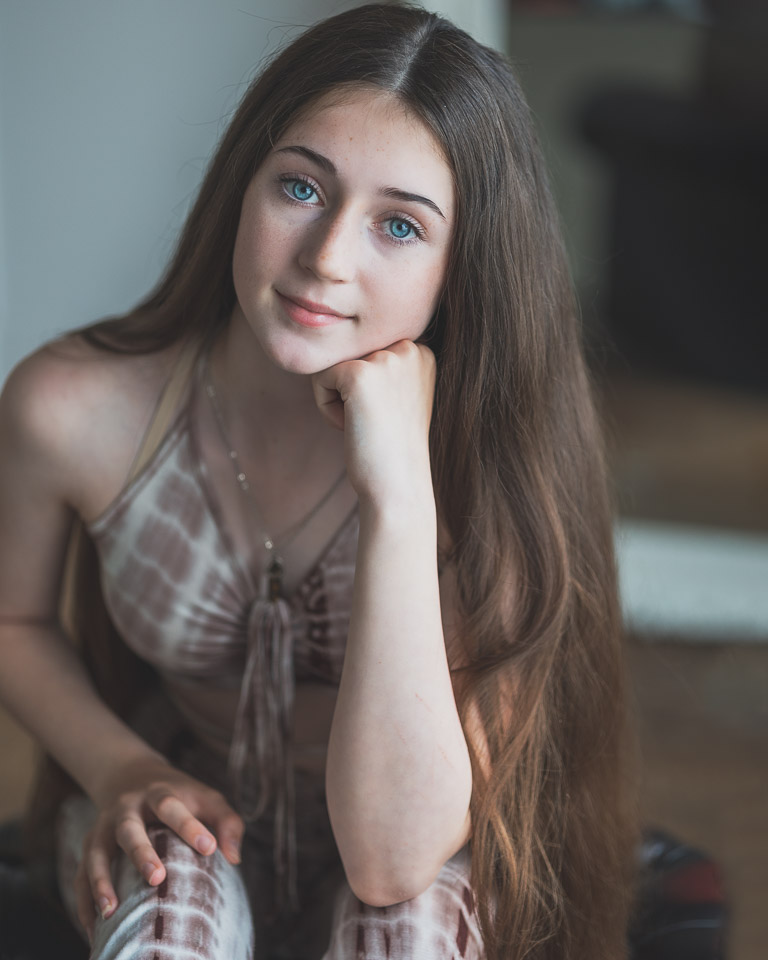 Clearly Yassy is a younger model, and so her mother joins her on all her shoots. At the studio I was amazed at how good Yassy was at regular modelling. This first shot is all natural light from the right of the frame, and a big white polyboard to bounce some back in from the left for fill. The RF 85mm F2 Macro IS STM lens at f/2 is a fine portrait lens. 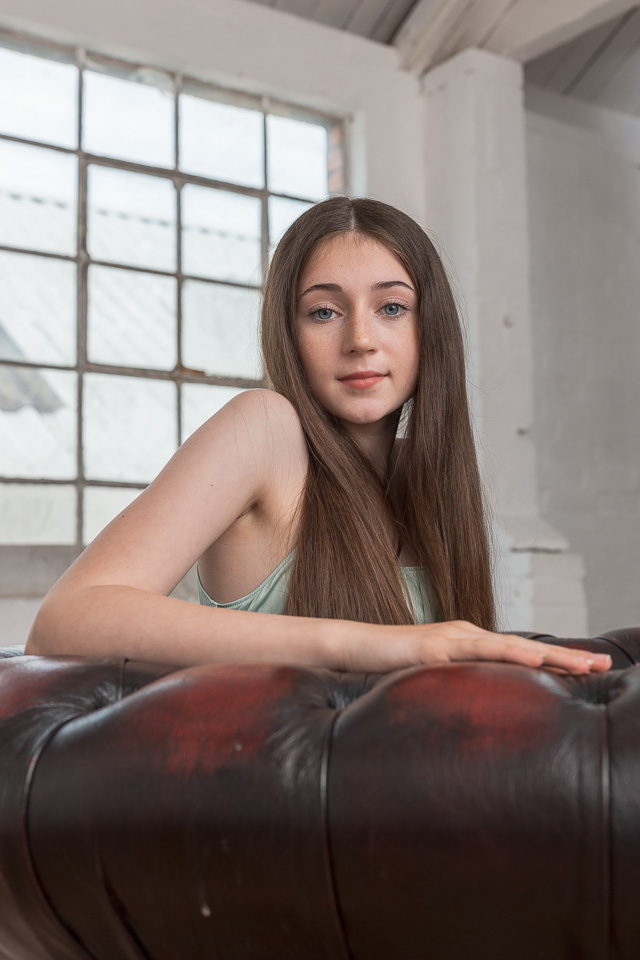 This second shot, is light with flash since the natural light from the windows was relegated as backlight for this shot. It was a bright day so I stopped down to f/4.5 to help with the balance of daylight and flash. 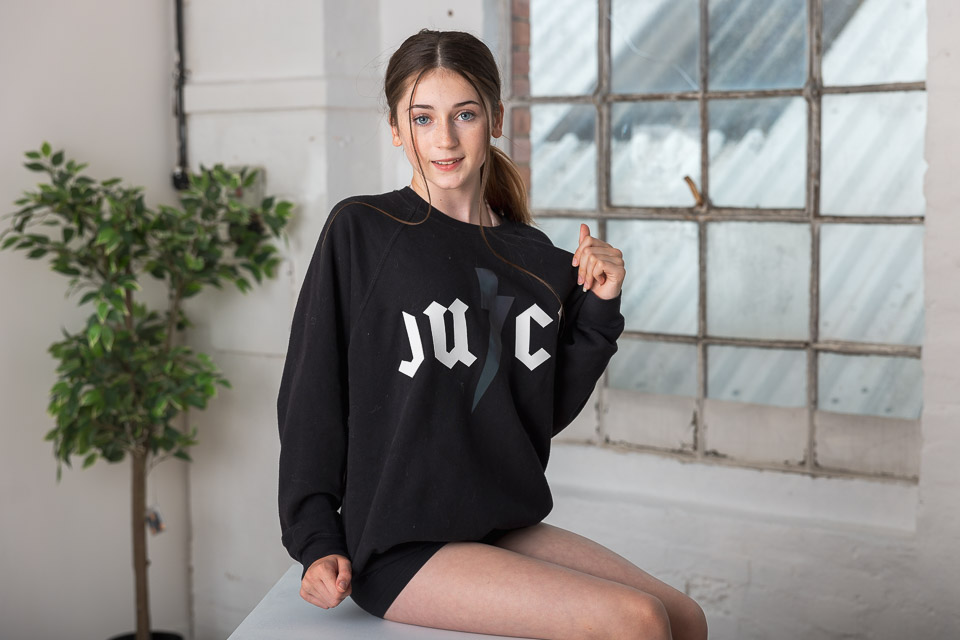 Yassy also had a couple of outfits she wanted some pictures pf that she could use on her social media. Here’s one, and it uses a large 2m x 2m scrim as the light. Behind the scrim are two Elinchrom studio lights to make a 2m x 2m soft box in the studio.

What I had seen of Yassy’s photos before were all about her amazing talent. She’s a contortionist, and a remarkably good one.

One of  the bits of advice photographers are often given is to demonstrate the pose to the model so that the model can see what is needed. When photographing a contortionist this photographer realises that’s advice, not a rule 😉 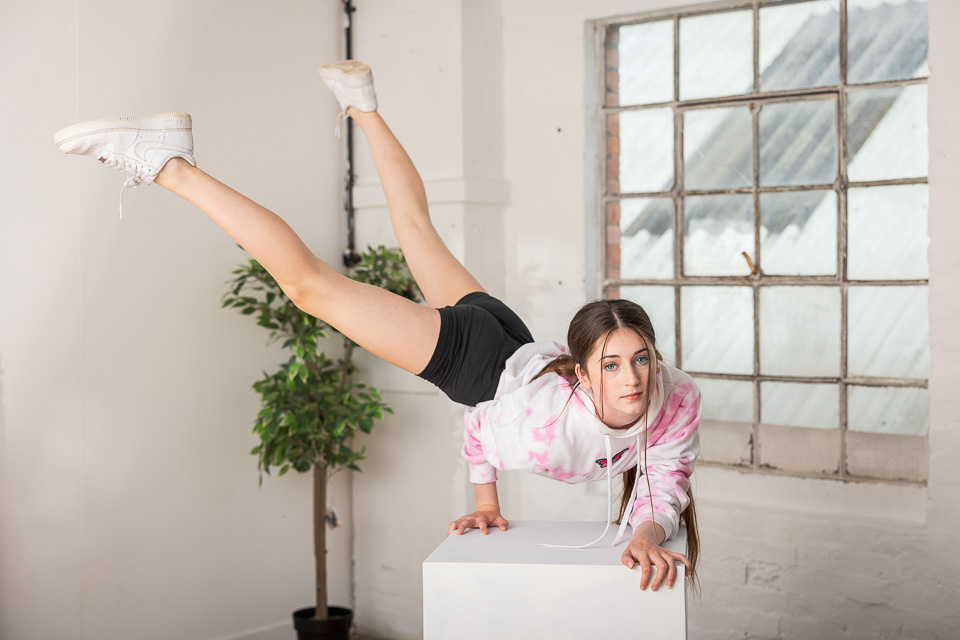 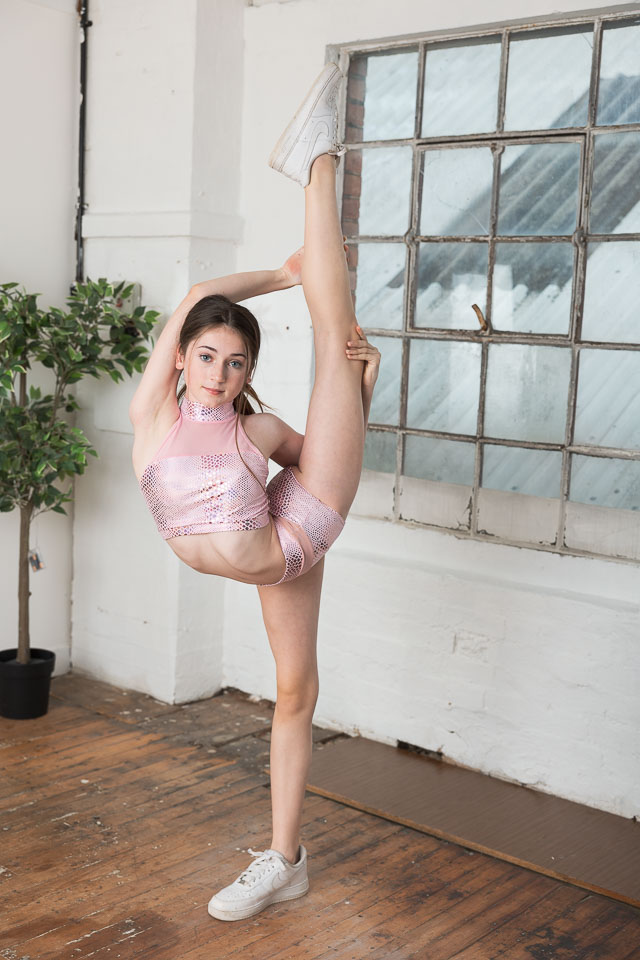 After the amazing first shoot created some great photos, Yassy and her mum were interested in another shoot. At least this time I had an idea of what a shoot with Yassy was like. 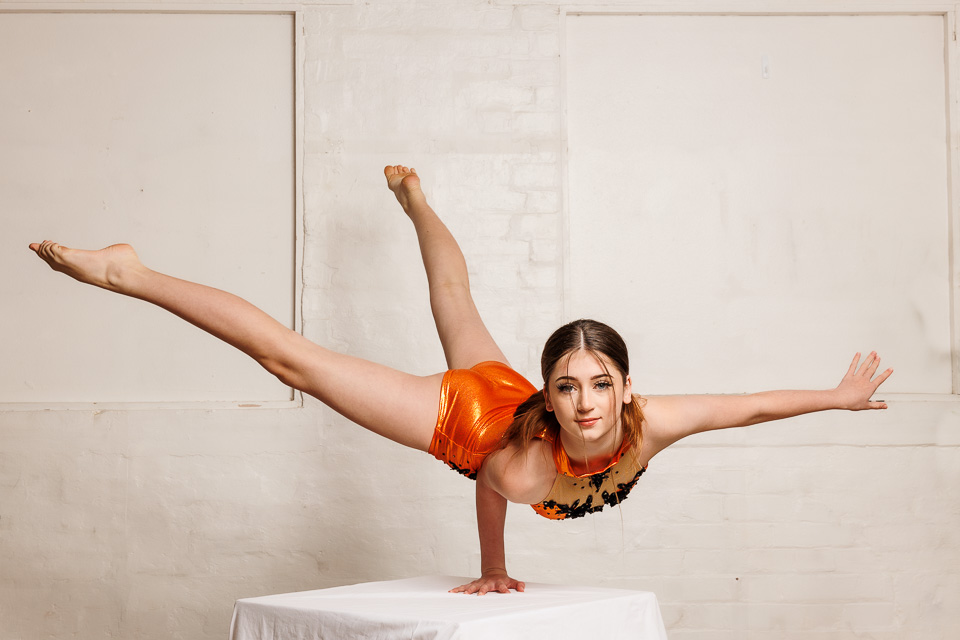 In a truly special pumpkin inspired costume Yassy was soon ready to show her truly amazing skills. The ease with which she moves in to and holds these poses is simply mind boggling. 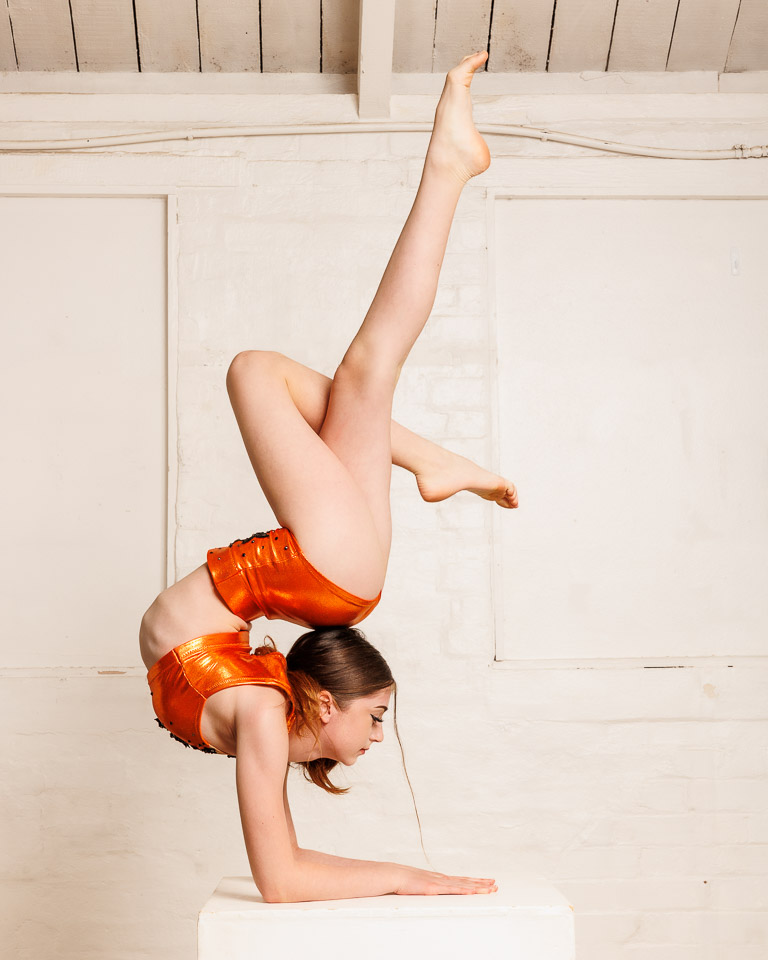 Honestly I’m not sure I know many models that would be able to reach this position while stood on their toes against a wall, but balanced on her elbows Yassy makes it looks serene. 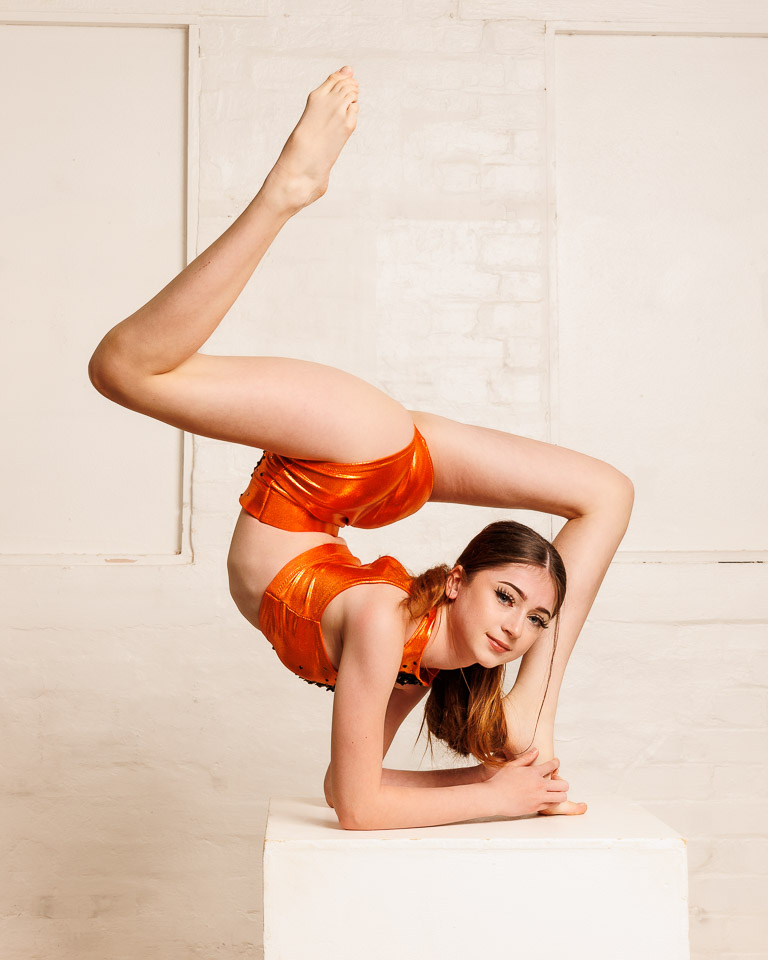 For the technically minded, yes eye-AF on the EOS R6 does work if the head is not where the camera might reasonably expect! 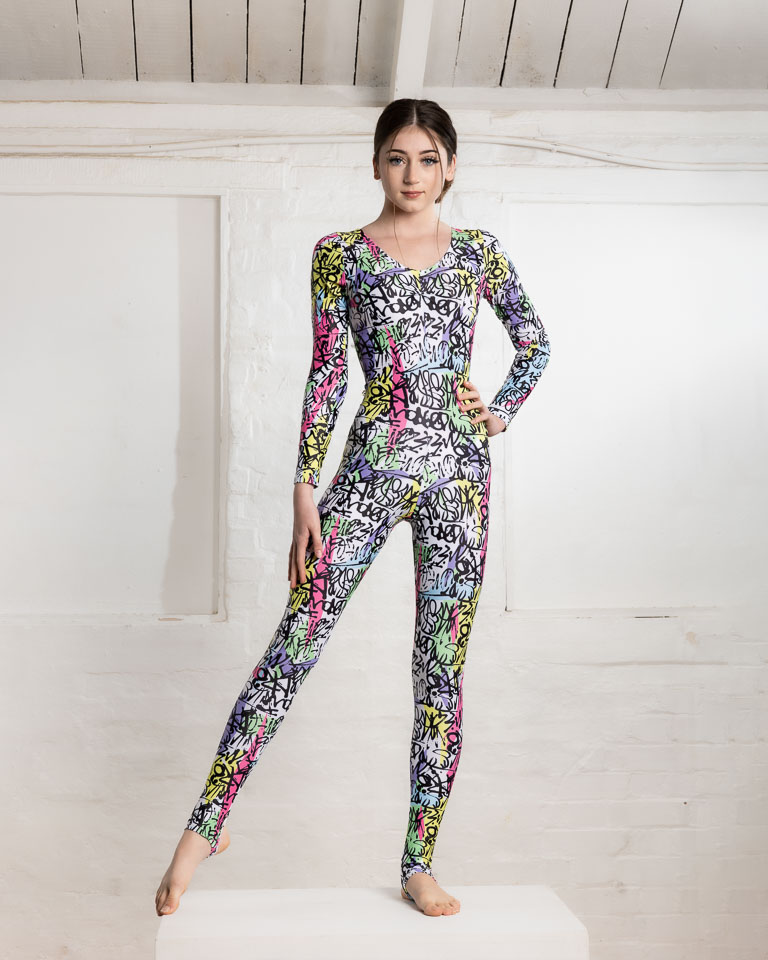 When I saw this outfit I was instantly reminded of the camouflage patterns that car companies add to new models on test drives before launch. Somewhere in that outfit is a super talented young lady who is a joy to work with. 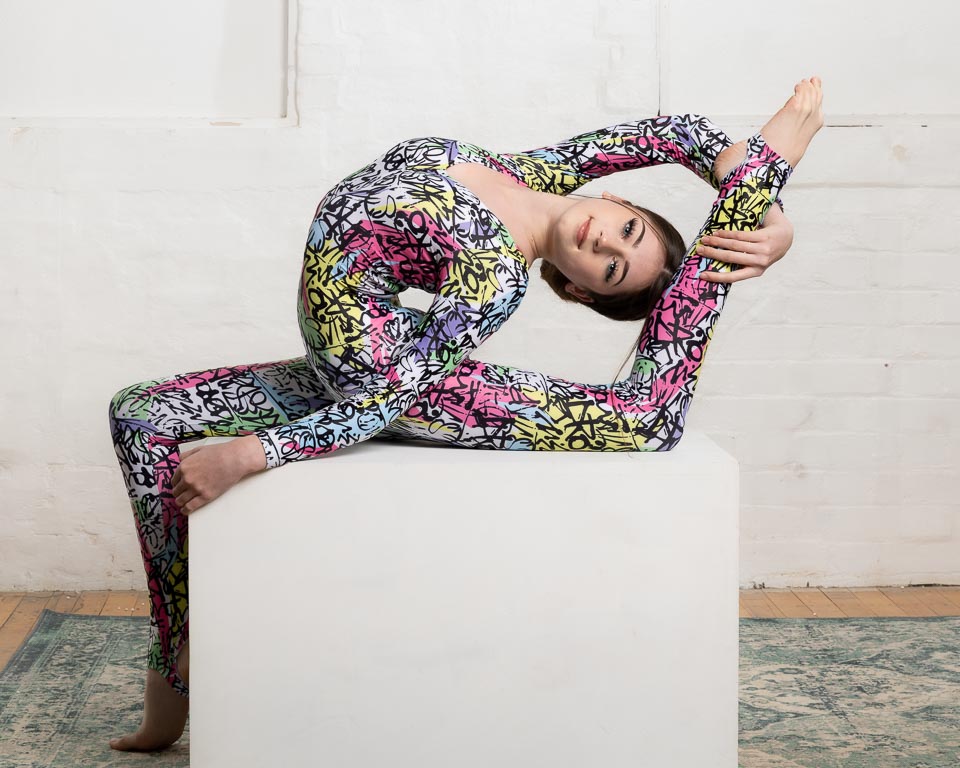 Yassy has two instagram accounts run by her mum

See you tomorrow for more pictures and story.