In the middle of the year I worked with Lastolite / Manfrotto to create an article and images that demonstrated using the edge of the light. I asked fellow photographer Les to step in front of my camera for a few shots to illustrate the piece, what followed was a short fun shoot where we made some great photos, Les is still using one as his social media profile.

Light modifiers come in all kinds of shapes and sizes, but if you only use the main central part of the light they create you might be missing the best light. At the edge of the lit area is a transition from light to shadow, depending on the design of the modifier this transition can be sudden or gradual. Also this light at the edge is often something rather special. For this shoot with Les that’s what we explored. 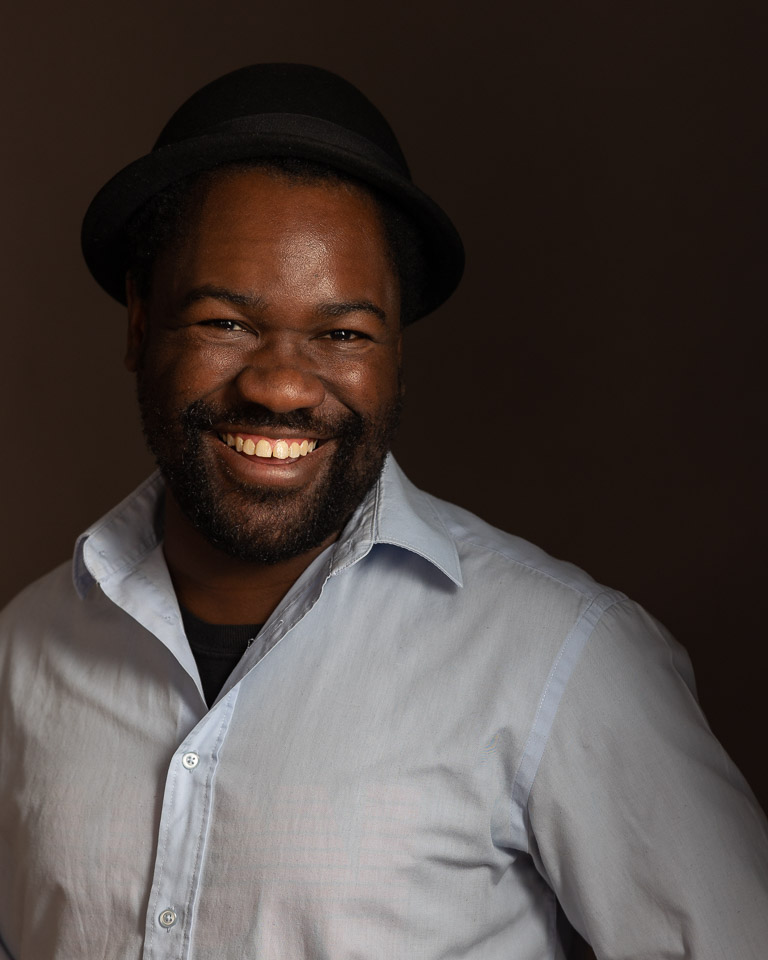 With the medium 60cm square soft box to the right of the frame you might expect to get a split light across the face. In fact here the light was aimed a little back towards the camera, meaning that to Les is is more like a 60cm tall strip box. With careful positioning and some distance to the background the result is as above. Eye AF on the EOS R6 and f/4 on the RF 28-70mm F2L lens means sharp details exactly where you want them. 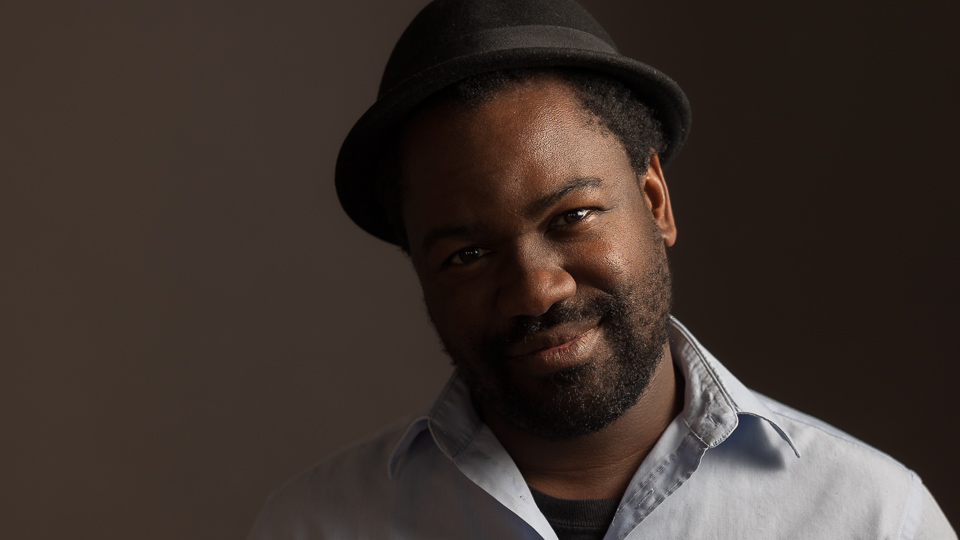 Asking Les to step a little further forward, and turning the soft box so that it lights straight across the frame results in the more expected side lit split face lighting. 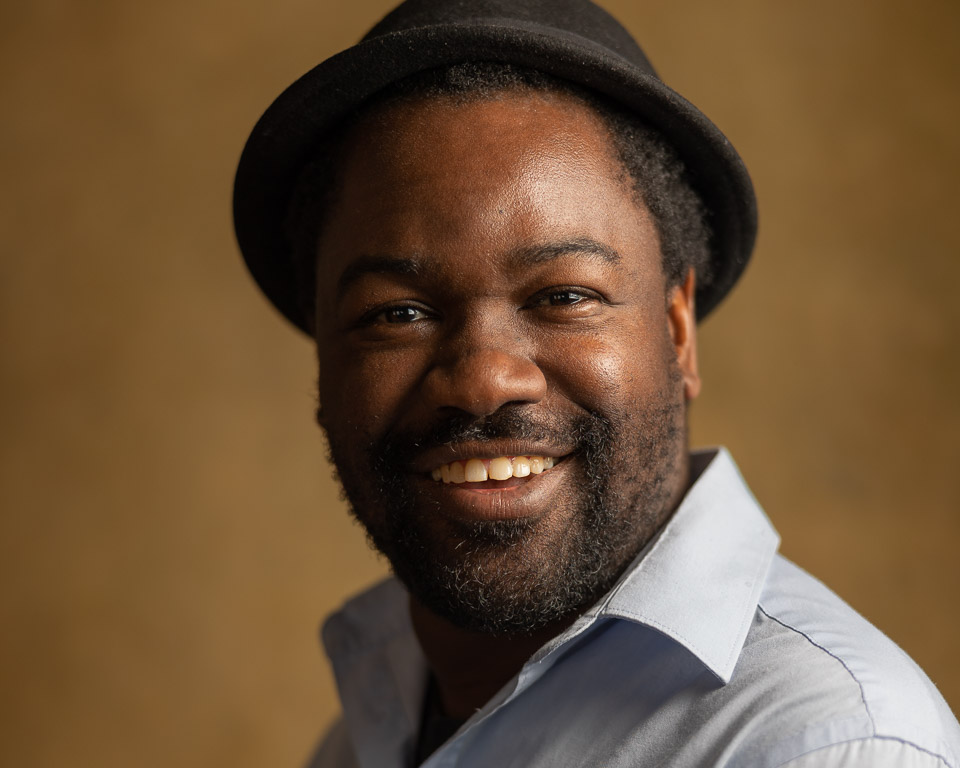 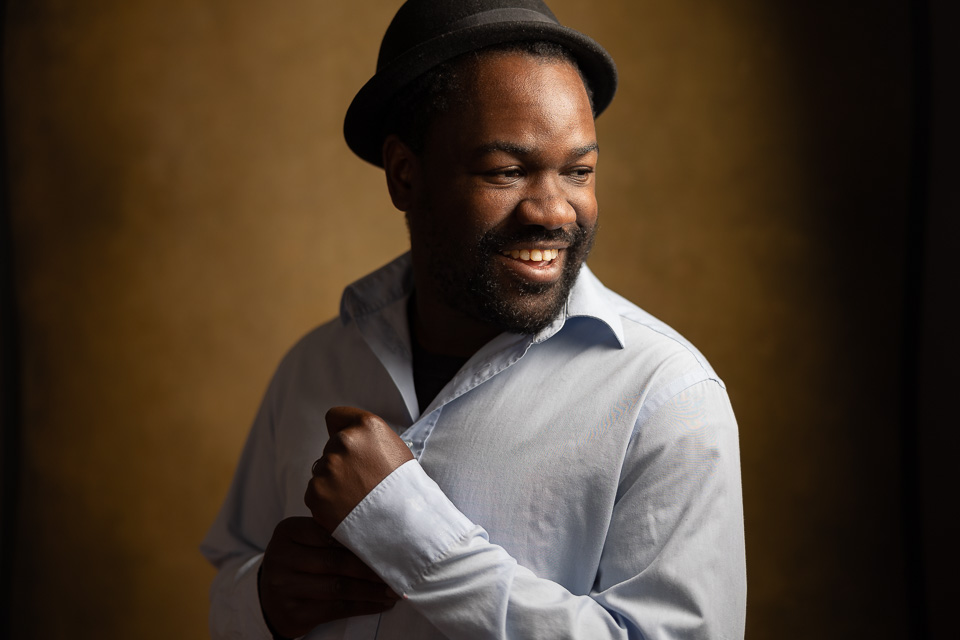 This wider shot with the soft box tilted back towards the camera like the first shows the vignette created by the light on both sides of the background. As in the first shot, the soft box looks like a 60cm tall stripbox and since it’s just on the edge of the frame it’s soft light illuminates Les’ face and then rapidly falls off. 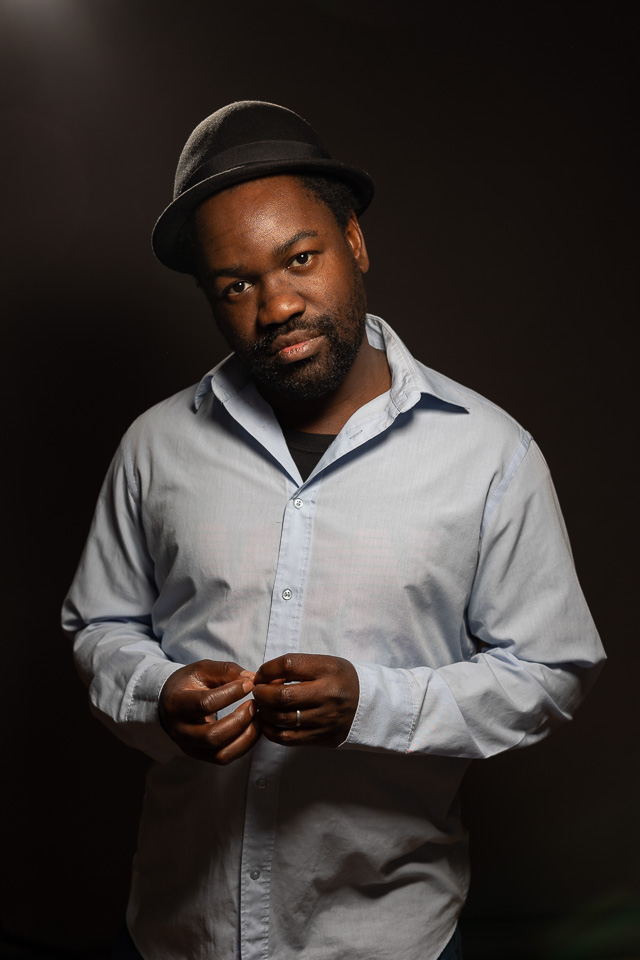 If you don’t have a medium soft box, why not try the edge of a smaller light. Here the 22cm square Ezybox Speed-Lite 2 was positioned above and to the right of Les and mostly aimed downwards. This means his face and head are lit with the light from the edge of the modifier, but the brighter light has to travel further down towards his hands and so it loses power on the way. Good old inverse square law, double the distance quarter the light.  On it’s own it was ok, but the addition of a second Speedlite behind Les for a hair / hat light was just better.