A shoot with Mystique Fay had been in discussion for months, and once we were released from lockdown we found a time slot to make it work.

Faith had a really interesting look, and I wanted to try out a few lesser used lighting techniques for this shoot, including a single large umbrella with a diffuser. It was also the perfect time to get out an “on loan” tobacco and olive mottled background from Manfrotto. We elected to work inside one of the nearby photo studios.

This first shot is from early on in the shoot, I was using the RF 28-70mm F2L USM lens on the EOS R6 and it proved to be the perfect choice for the shot below, one that totally fitted what I had in mind before the shoot. 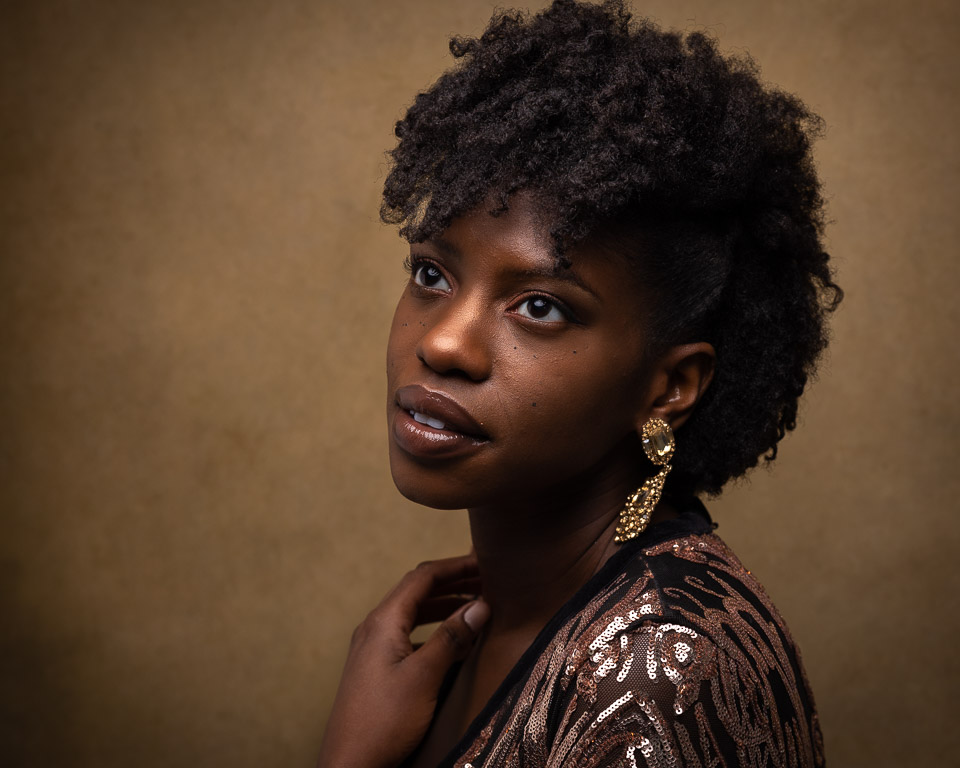 Content that I had the shot I had planned for I swap lens to the EF 135mm f/2L USM and walked backwards across the studio, for this second shot with much the same setup as the first. Once again the 13mm f/2 reminding me how much space you need in a studio to make optimum use of its talents. Full-length shots were not the order of the day when you reach the studio wall opposite the subject. 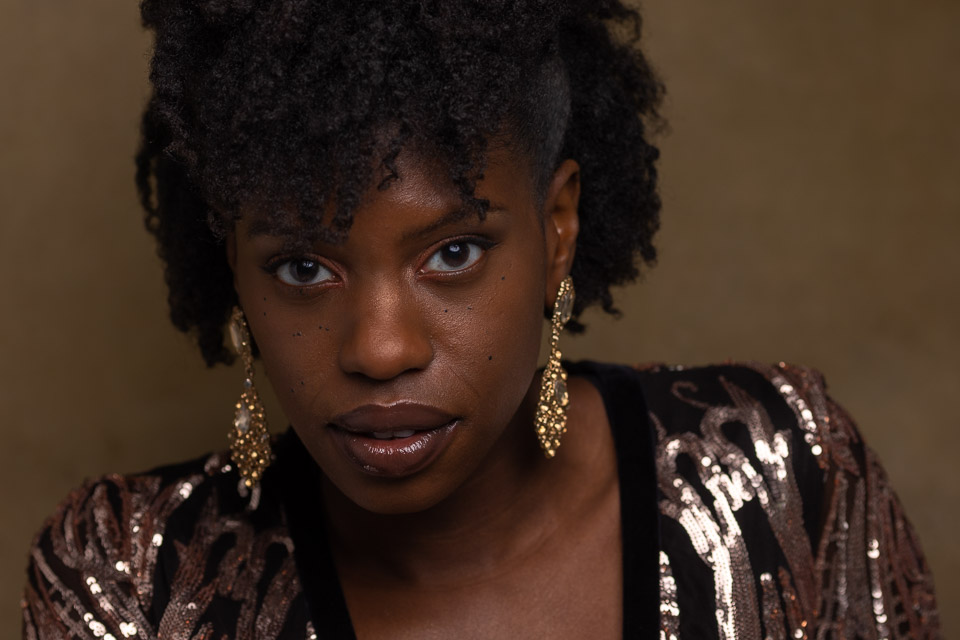 A change of light and background to a plain purple background yielded another look. Somewhat unconventional to use a single strip box from one side for a portrait – see the catch lights – but with a little careful and precise direction we soon had another shot completed. 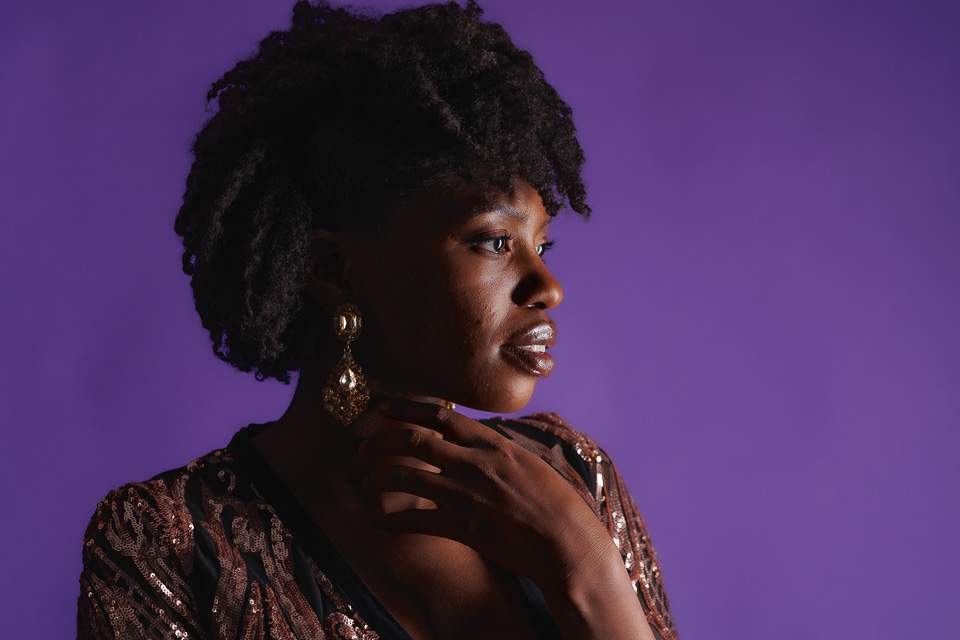 Then it was time for the largest light possible. I put a 2m x 2m scrim over the top of Faith, and light it with a large soft box casting light across the scrim. The result is a huge soft light with some direction and brighter sections towards the front of the shot. The same purple background roll was in place, but since we’d moved well away from it the light falls off  resulting in a black background. 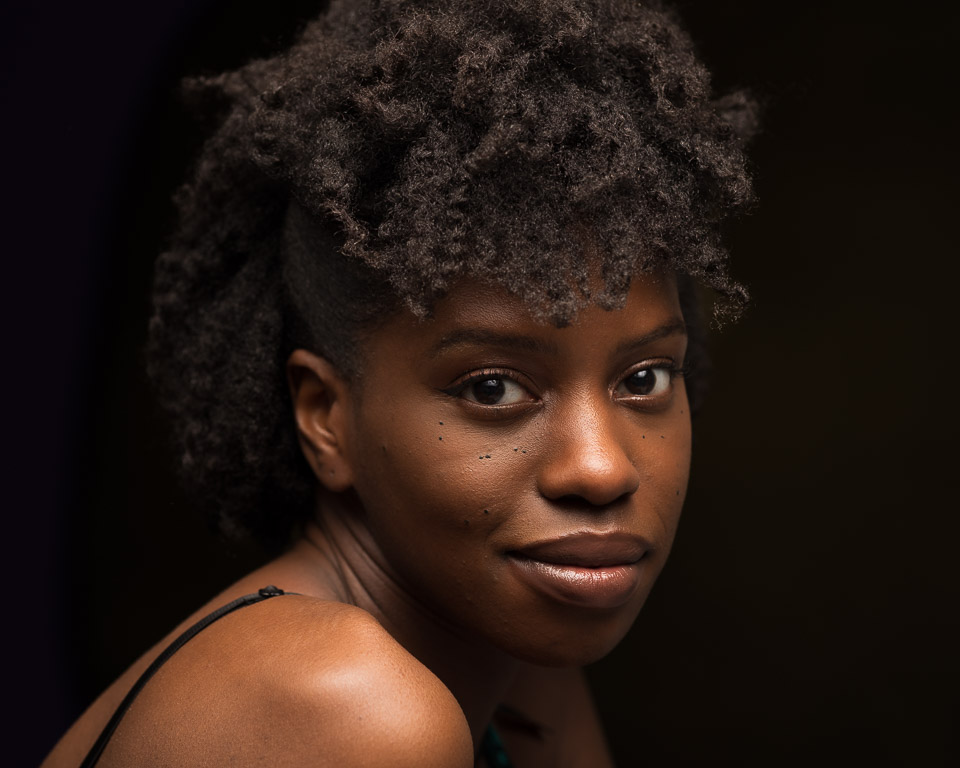