Early summer I visited Shropshire to photograph a choir in an Abbey, and Josh in Ironbridge.

Ever since our shoot in 2020, Josh and me had been talking about a second shoot. Early summer I was visiting Shropshire and so it turned out that our calendars aligned and a second shoot happened. We started just about half a mile from the world famous Ironbridge, right at the edge of the river Severn. 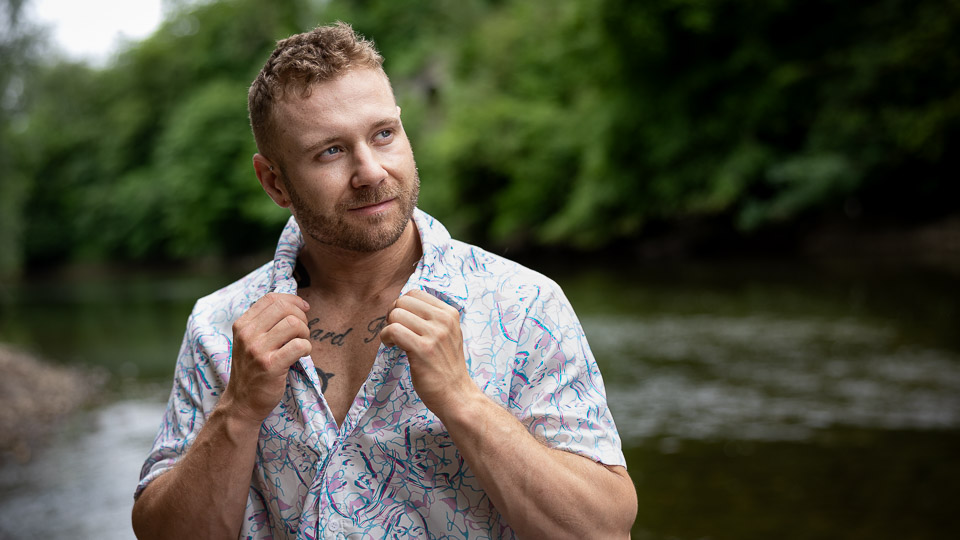 Hard to think that the weather was doing a half hearted attempt at raining when this was taken. The addition of a little bit of light from a single Speedlite was all the help the weather needed. 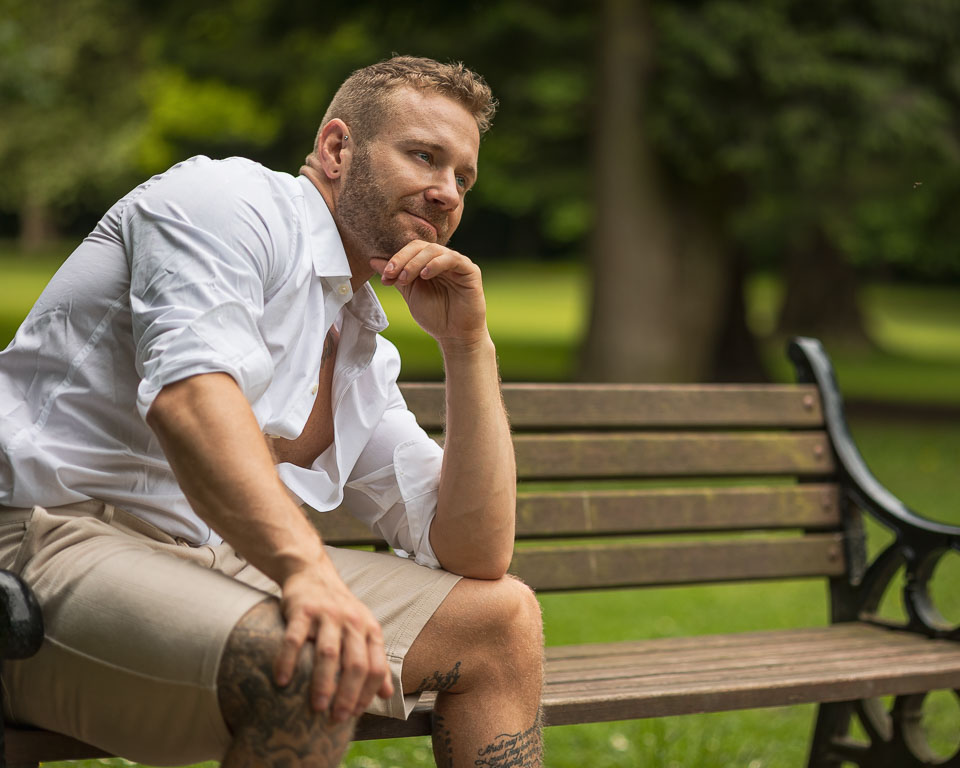 We headed back towards the car park and the shelter of some trees on the edge of a park. The damp weather meaning that we could have the whole park bench to shoot on and nobody else in the frame. 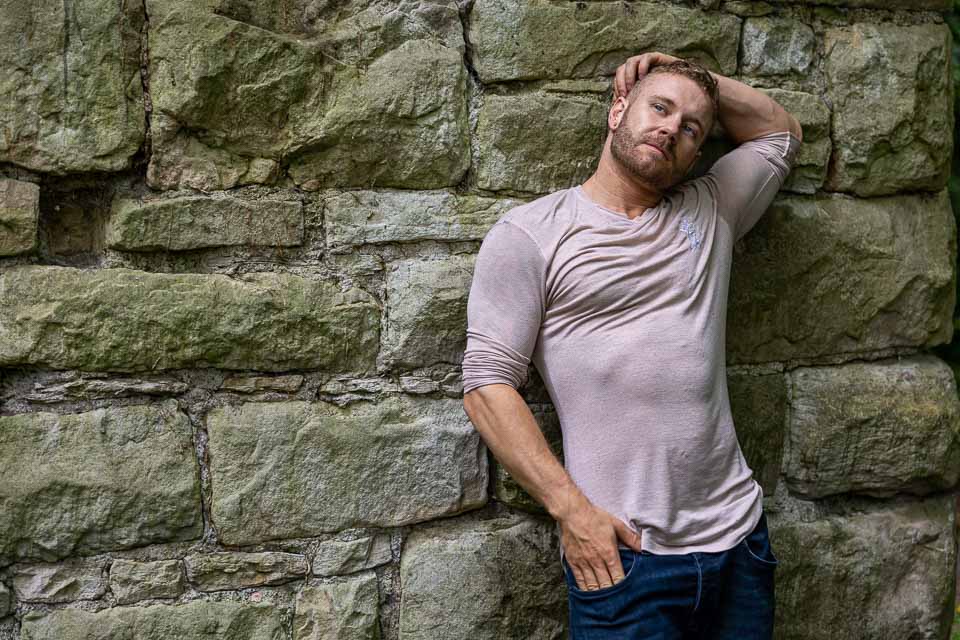 A brief stop for sustenance – Josh needs fuel – and we changed location to the other side – downstream – of the Ironbridge. This location is probably 400 yards from the world famous bridge itself, but we hardly saw anyone again. This stone wall looks like it’s trying to compete with Josh’s chiselled body, an ideal combination. 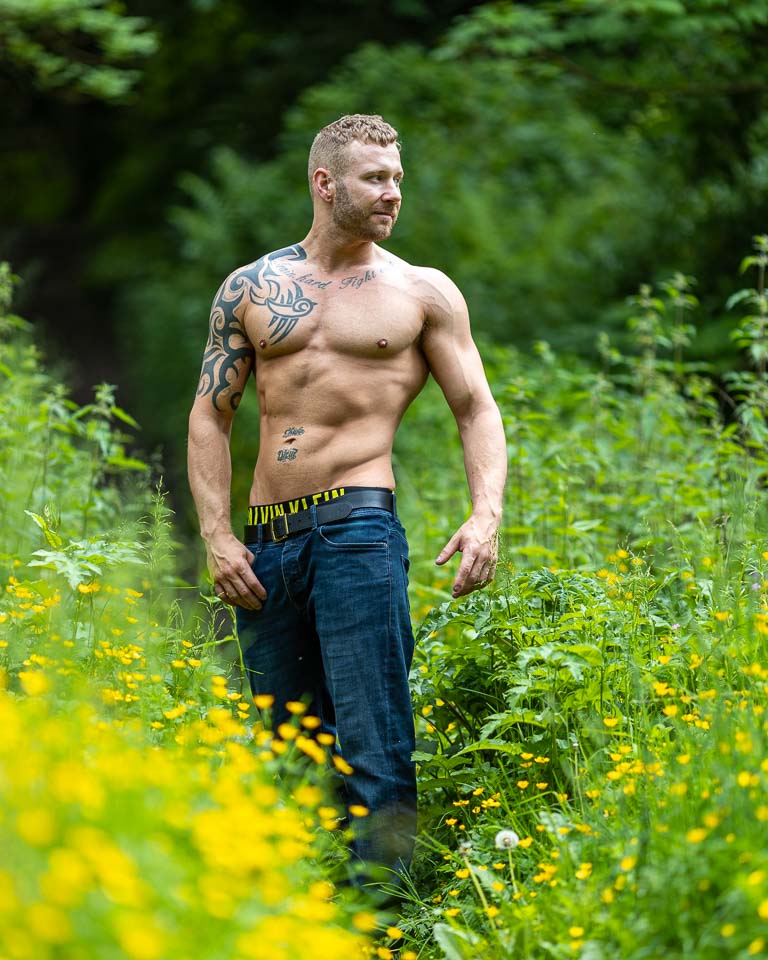 Finally, on a less well trodden path, over a stone bridge and the sea of yellow flowers and stinging nettles was a chance for a totally different shot.