Summer dawned at I was so happy to work with Gabrielle on a shoot in a field of white poppies, that I also worked with her again a few weeks later on a hill top as the sun set.

Imagine a field full of white poppies, a sunset and a superb red haired model. The kind of thing dreams are made of…

I’d been shown the location of a filed of white poppies quite near to me, and had taken some photos there. I mentioned it to another friend and he said we should shoot there and he had a model in mind. So Julia introduced me to a field, Mark introduced me to Gabrielle and by combining the two, photos were made. 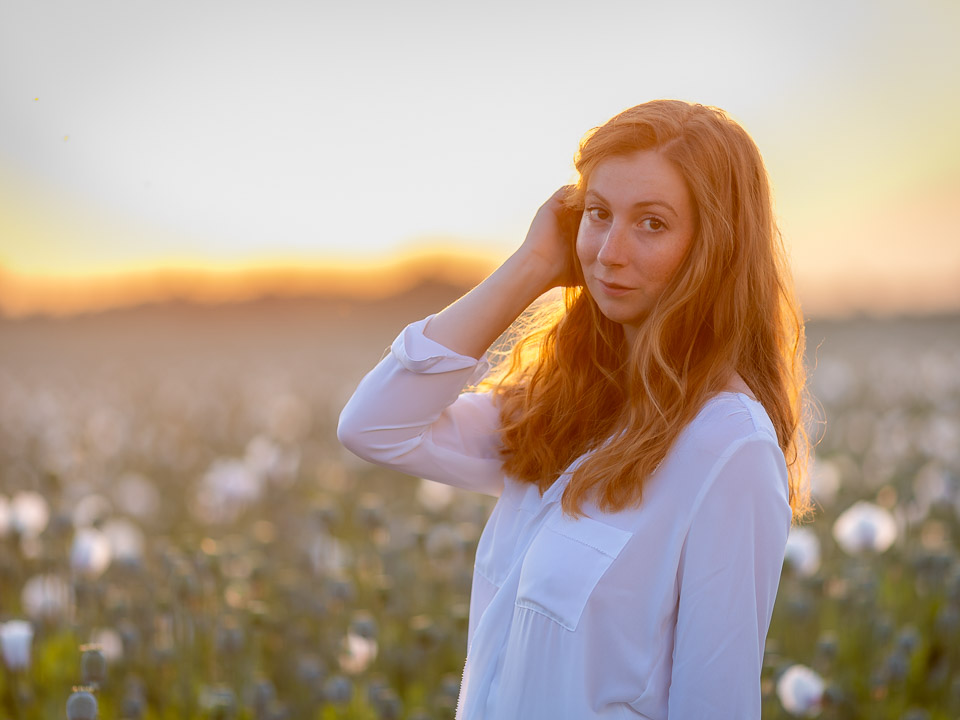 A few short weeks later I was in need of a model who would be able to join the camera club for a shoot one summer evening on a local hill-top. As it turns out Gabrielle lived close by and was happy to join us. I’d asked her to plan for a country side outfit and this jacket and hat were perfect. 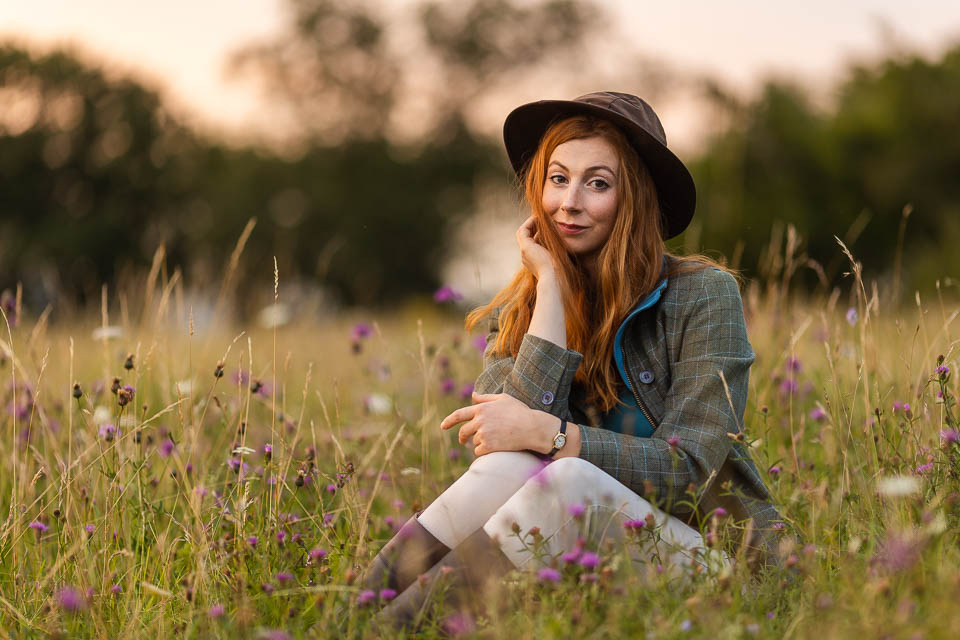 The interesting part is that both shots are with the same lens wide open at its maximum f/2 aperture. I’d say my old EF 135mm f/2L USM has certainly seen a lot more use since being introduced to the EF EOS-R lens mount adapter.