The whole of 2021 was not what was expected, but fortunately when it was allowed I did get to create some photos I’m really proud of. Following my usual pattern this is the first of the 12-days of pictures for 2021.

In the UK we started the year in lockdown due to COVID, and it was terrible. There appeared to be no end to the lockdown period, plus it was cold and dark too. I desperately missed making photos, and one in particular that I had hoped to create in 2020 eventually came to life in May 2021. Almost seven years after I first met designer, engineer and fabulous create Jonathan Harris I got to shoot with one or two of his stunning designs.

I’m an engineer by training myself, and to see the skill and craftsmanship Jonathan puts in to his work is simply inspiring. For this shoot I chose to work with My Little Goth as she brings a super cool aesthetic to any shoot. I had a feeling Jonathan’s designer corsets and My Little Goth would fit together perfectly. 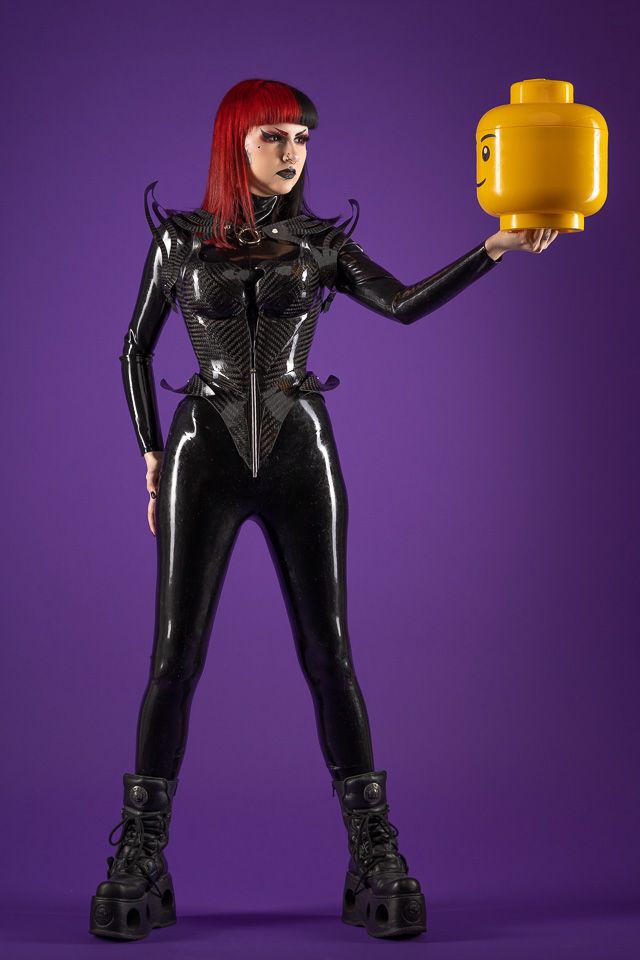 Working as a creative team we had a fun filled shoot, this is one of the early shots where the studio’s oversized lego heads were given the full futuristic Shakespeare treatment. This was the corset that was originally planned to be photographed almost seven months earlier. It’s a unique carbon fibre item, crafted by Jonathan in his workshop using skills and materials straight from Formula 1. Although there are more serious shots I still love the playful nature of this one.

More serious though was this second outfit, just 1.5mm thick and using Jonathan’s own developed technique it’s like carbon fibre with metal flake combined and it loves light. Add to it with a high neck piece and you have something truly epic. 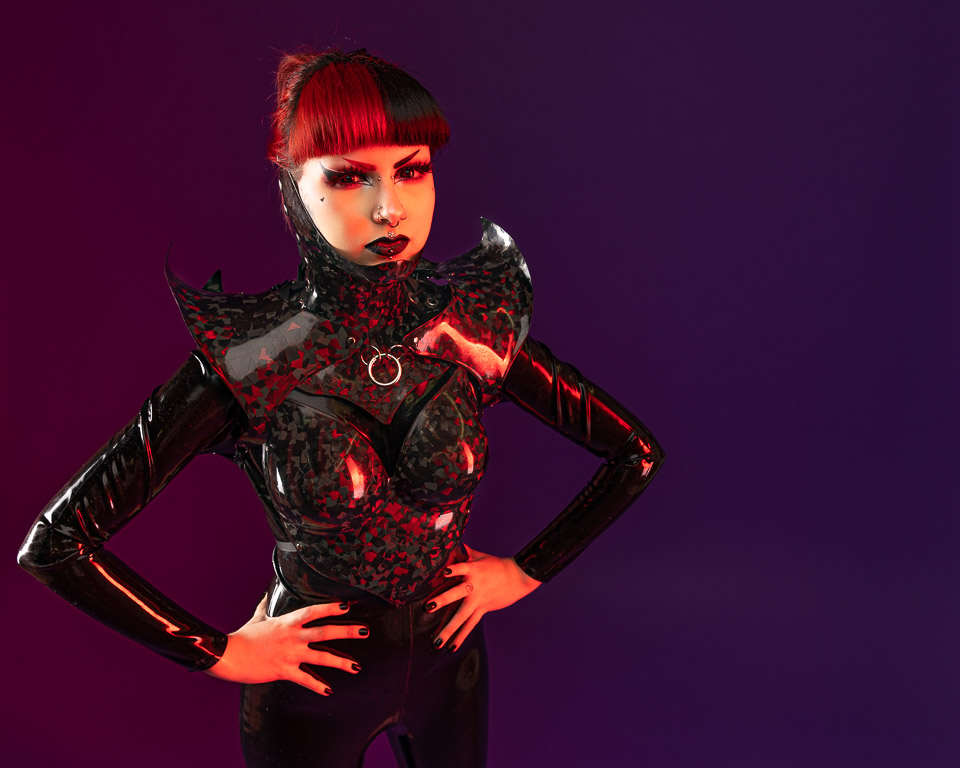 With outfits like this, you have to try all kinds of settings. The studio had a projector spot that took a Canon EF mount lens. The 50mm lens that  was in the studio made a smaller circle. Fitting an old mark 1 version EF 24mm f/1.4L USM created a larger spot of light on the cove and dramatic shadows. 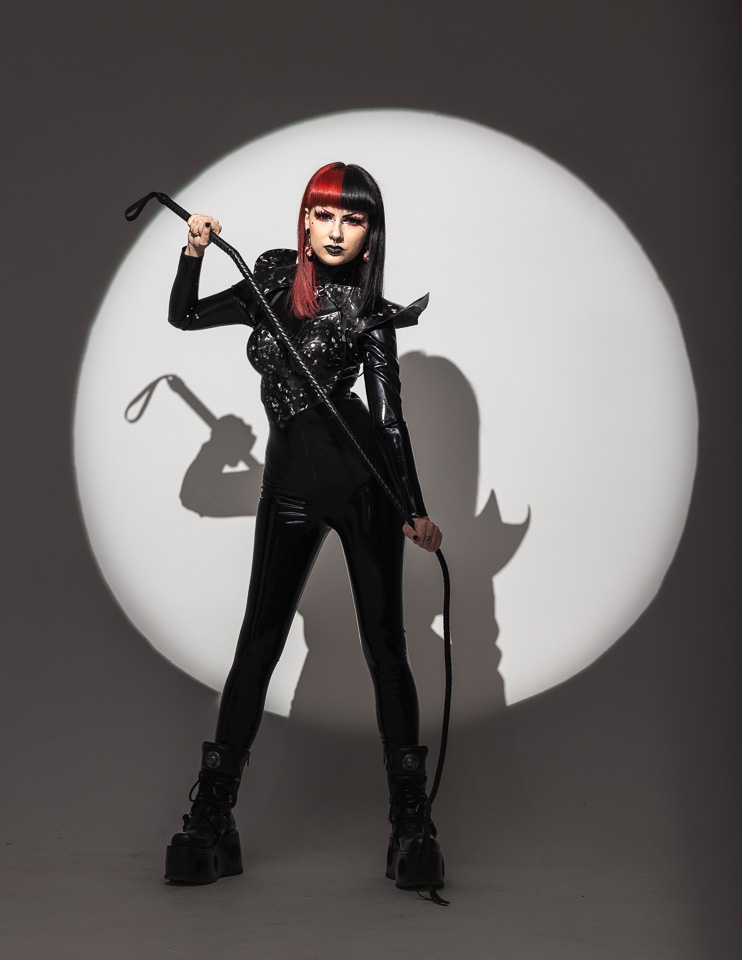 Hope that you have a great day, I’ll be feeling lucky to be celebrating with family this year. See you tomorrow for another picture and story.