Moved to mirrorless with EOS R6

I have moved to mirrorless with the EOS R6, and I really don’t expect to be using a DSLR for my photography anymore.

It is almost exactly a year since I wrote about how the EOS R had taken over my photography by becoming my most used EOS camera in 2019. The problem for me was that the way the camera worked didn’t suit me, and perhaps tellingly I still kept hold of my EOS 5D Mark IV and didn’t buy any RF lenses. 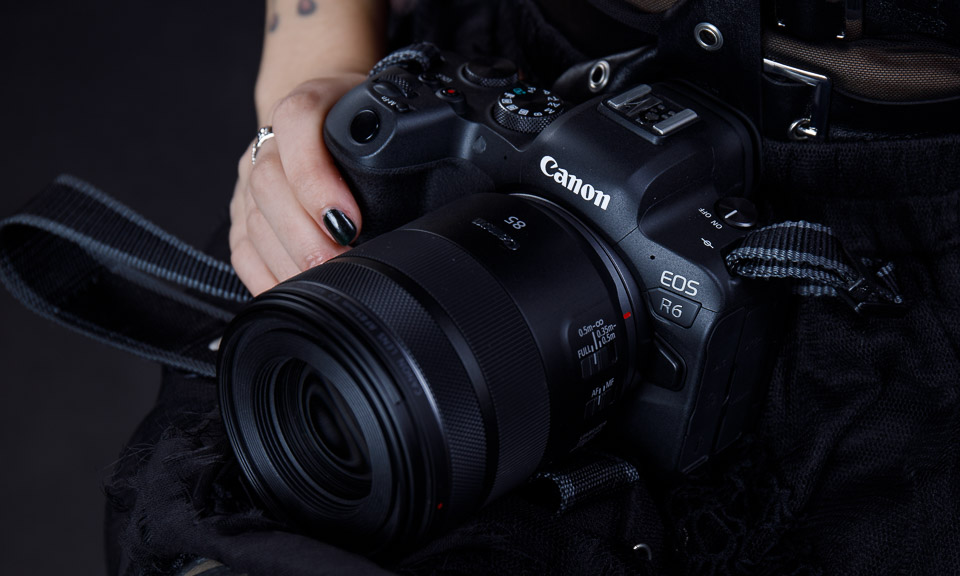 Last summer the EOS R5 and EOS R6 were introduced. To me these are Canon’s first proper attempt at a mirrorless first EOS camera. The EOS R and EOS RP were in my view, EOS parts bin raids with a new RF mount. Not bad cameras, just not capable of replacing my EOS 5D Mark IV. Now I have an EOS R6 and don’t have the EOS 5D Mark IV or EOS R anymore.

I thought the EOS 5D Mark IV was the best EOS DSLR camera that Canon has ever made, but the EOS R6 has replaced it and moved on beyond that benchmark. I considered an EOS R5, and tried both cameras before making my choice, but I don’t need 45MP and 8K video. To buy an EOS R5 would mean not only a more expensive camera, but at least one new CFexpress card, a new computer and more backup storage, probably a £7,000 expense! Your choice might be harder if wildlife is your favoured subject, since you can crop a heck of a lot on a 45MP image and still have 20MP left. For now I’ll rent an EOS R5 when or if I need one. 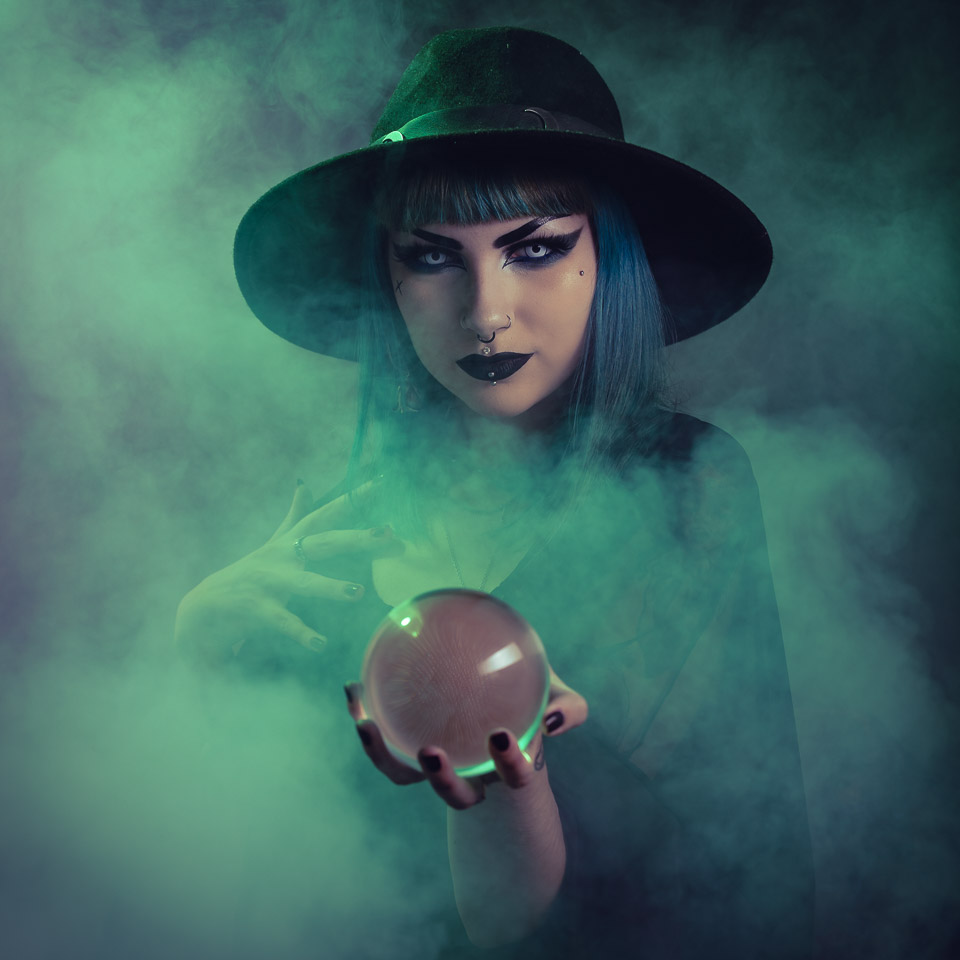 Dual pixel AF II is simply astounding, I’ve named it witchcraft AF. It’s like having a camera that links to your brain, knows what you want to focus on and just does it. 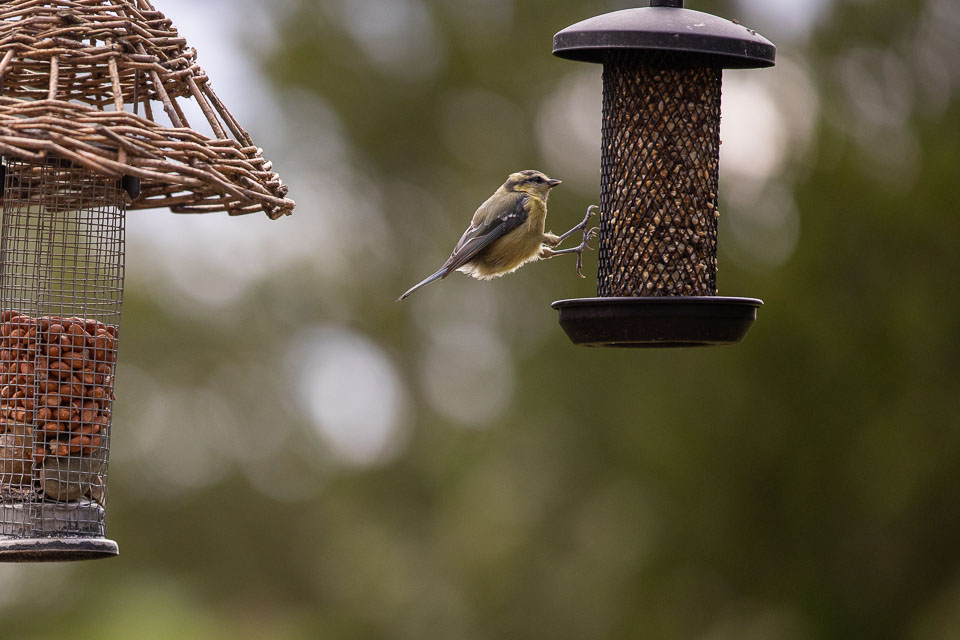 I’ve put the camera on a tripod in the garden and pointed it at a few bird seed feeders, then retreated indoors with a long cable release. Animal eye AF found small birds anywhere in the frame as they flew towards the seed feeders and focused on them before they landed. It made no difference if they approached from behind the feeders. I was using an EF 135mm f/2L USM and EF 70-20mm f/2.8L IS II USM, the camera in manual exposure mode with shutter speed 1/4000s, aperture f/2.8 and auto ISO.

With people as long as the camera can see two eyes, a nose and mouth it will find the face and invariably the eyes too. Just be aware that it will prioritise faces and eyes in the frame over anything else. If your subject is partly obscured by foreground objects then the camera still seems to get it right.

I’m finding I can just leave the camera in Servo AF all the time, because once the camera has found a subject it will lock on it even if you recompose! What that means is wide-aperture portraits sharply focused on the eye with a moving subject and or photographer. 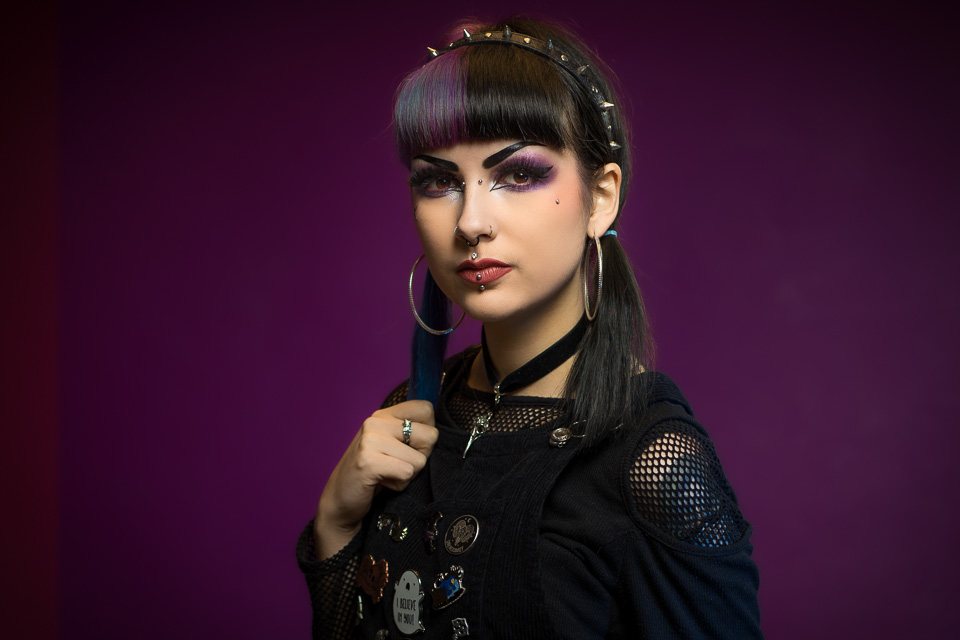 I am enjoying the images created with my EOS R6. With a sensor that is basically from an EOS-1D X Mark III it works in low light to focus, and makes stunning shots in any light. Better than the EOS 5D Mark IV and EOS R. Canon says the EOS R6 will focus in lower light than the EOS R5 and the standard ISO range is 1-stop higher too.

Enough buttons and in the right place 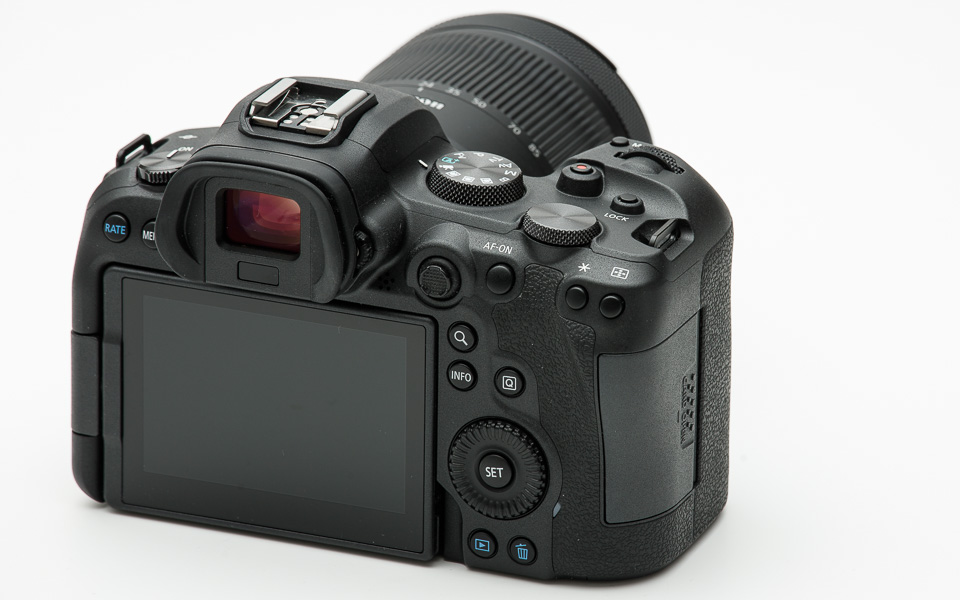 I was delighted to see the return of the multi-controller / joystick on the back. Touch and drag AF is there too, but honestly I’m not using it. Initially I loved the sensible placement of the AF-ON button and thought back button AF was back in my life. There’s another story about that in the future. Compared to the 10 custom buttons on the EOS R, I only have a few custom buttons on the EOS R6 as what I need to operate the camera is already in the place I want it. If you have an EOS 5D Mark III/IV or EOS 7D Mark II then you’ll be right at home instantly. 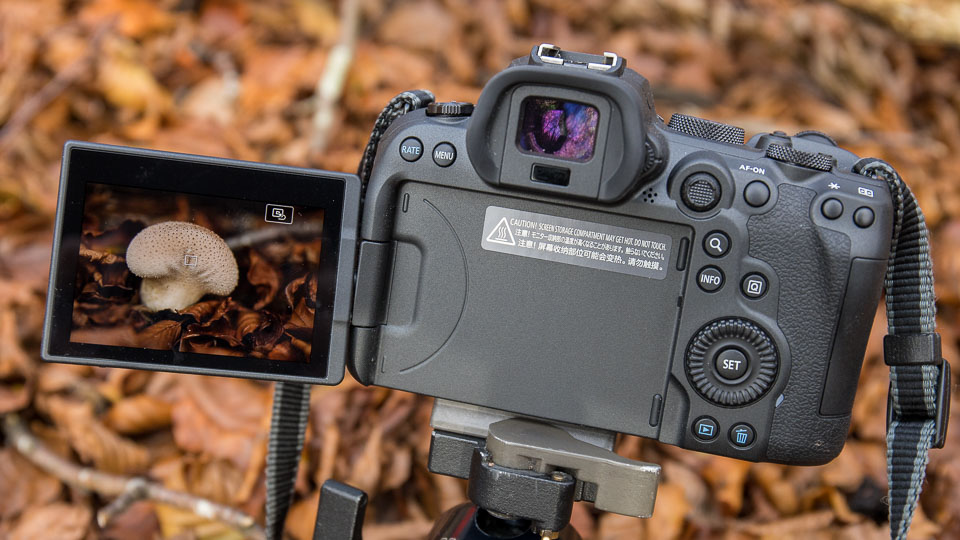 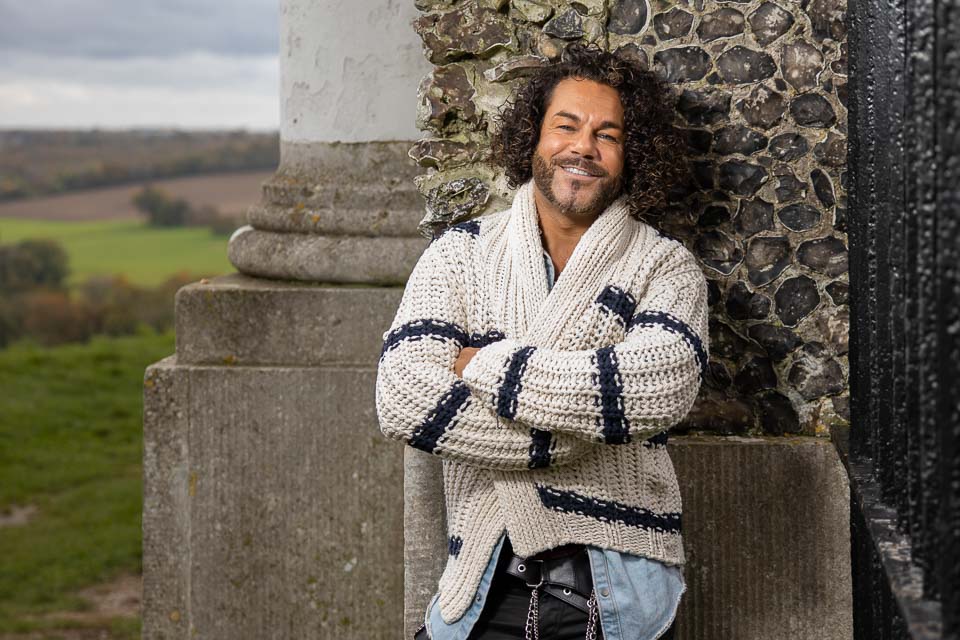 For the first time outside of an EOS-1D series camera I have a full frame camera with 1/250s flash sync speed. It’s only 1/3-stop more than 1/200s but every little helps.I’ll need high speed sync a little less when the sunshine returns.

Yes the headline 20fps in electronic shutter mode is fast, but actually the 12fps in regular shutter mode is plenty for everything I want to shoot. The EOS R6 is the fastest EOS camera I own.

All my batteries and cards fit

One of the joys of new cameras is the new accessories that are often needed. I’ve got a “pile” of LP-E6 and LP-E6N batteries and SD cards, they all keep on being used with the EOS R6. I do put two cards in the camera, but so far haven’t used it to write to both at the same time. I use two card slots as a way to have extra capacity and auto switch between the cards when one is full. Actually my 128GB cards have got a little larger, the smaller files from the EOS R6 gives me more shots on a card than the EOS R or EOS 5D Mark IV. I’ll stick to using cheaper Sandisk Extreme UHS-I cards for stills.

You can charge batteries in the camera through the USB-C connection, even when the camera is switched on. Perfect if you forgot the battery charger and only have you laptop charger with you. At some point I expect to get the BG-R10 battery grip for the camera, but so far I’ve not shot with too many big lenses where a grip helps with balance.

Now that I’ve moved to mirrorless I’ve realised that it’s necessary to embrace change, not just of camera system, buttons and menus, but of how I do photography.

If you just pick up an EOS R5 or R6 and think it’s a straight replacement for a DSLR then you’ll get amazing performance, but miss out on many of the new capabilities that’ll improve your results. It’s going to take some time to fully leverage the capabilities of these cameras. If you’re the person who rarely changes anything more than aperture and ISO on your camera, it’s time to join the “moved to mirrorless” school and adopt some new ways of working.

I may have moved to mirrorless but I’ve kept a couple of older DSLR cameras for training and workshops. They won’t be getting regular use for my photos, though maybe they will get used taking photos of the EOS R6 🙂

Like most of my cameras I have “refined” my access to features and functions on the EOS R6, working my way through settings and experimenting with different ways of working. In other posts I will explain my customised settings.

I am fortunate to have been able to try out many of the RF lenses on my old EOS R but when I didn’t get on with the camera I didn’t need to buy a lens that wouldn’t work with my DSLRs. With a change to EOS R6 that is no longer the case, I’m slimming down my EF lens collection and the RF lens collection has started…

3 Responses to Moved to mirrorless with EOS R6