A friend showed me a shot of a light bulb with interesting reflections inside, intrigued by the shot I thought I’d try a version of my own.

I found a suitable bulb at a local DIY supplies place. The one I chose was an LED filament bulb around 10cm in diameter. Wattage and fitting were not important considerations as I didn’t plan on switching it on.

How to make the grid shaped reflections

My memory of the original shot was that there was a regular pattern to the reflection and that it came from below the bulb. I looked around for a way to create the regular pattern and be able to put a light behind it. With a “literal flash of inspiration” I thought of the honeycomb grids that I have for my studio lights. Taking the 40cm / 16-inch beauty dish and grid I had a suitable light source and regular pattern to reflect. 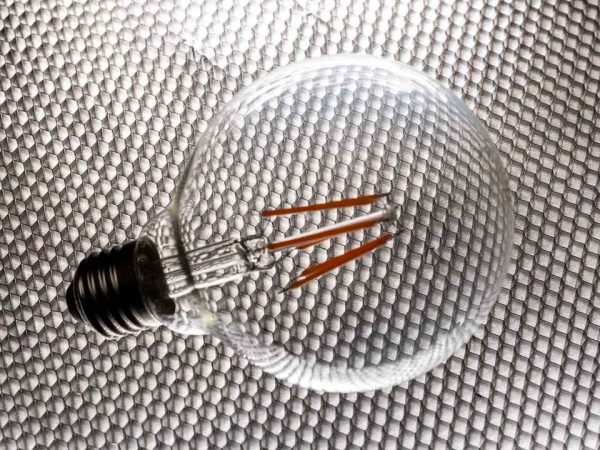 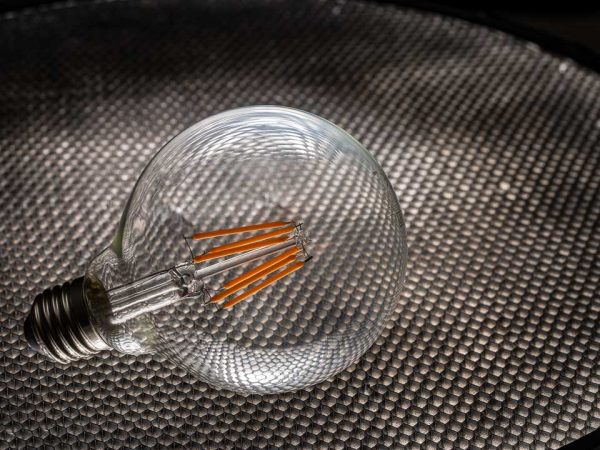 I found one problem with being directly at the level of the grid, there’s a silver coloured edge on my beauty dish and it was seen by the camera. A length of black electrical tape soon fixed that. As I was using a beauty dish the centre area has a metal plate under the grid, and I tried several positions for the bulb to get my final shot.

It was also during this “refinement” stage that I was given the idea to use a circular polariser to reduce reflections in the bulb from unwanted directions. Many thanks to Jasper Shadloo for that suggestion. Indeed turning the filter also cut down how much of the light from the grid was “seen” by the camera. I’m not a big user of filters but a circular polariser is one that I have since you cannot recreate it’s results in post production. 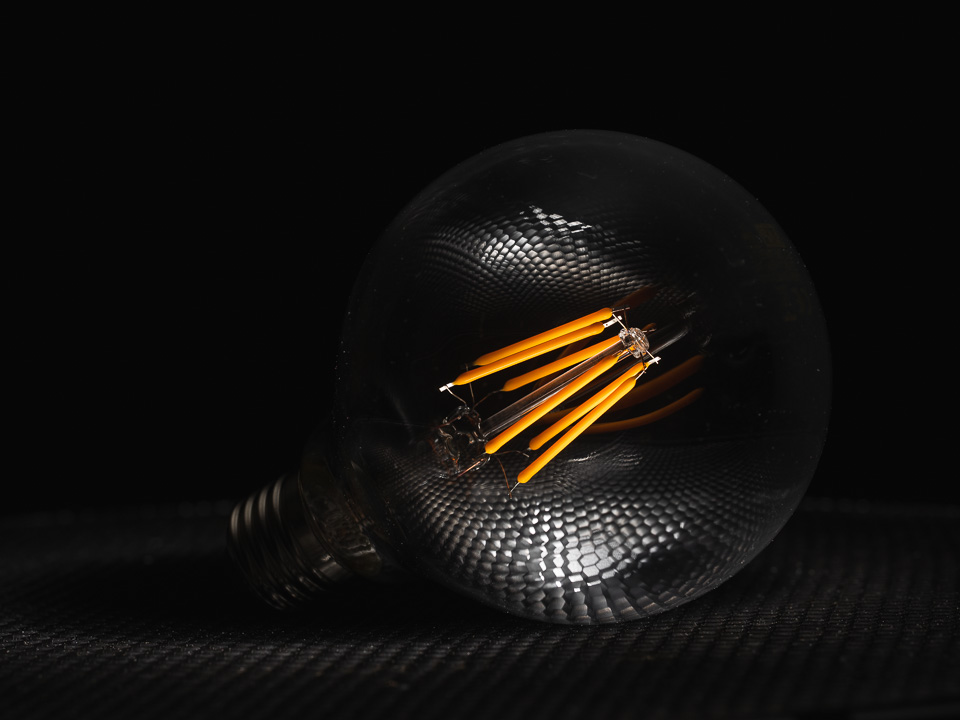 After a little while I came to my final shot. Sitting the tail of the bulb over the central disk of the beauty dish, but with the glass of the bulb in the light was the optimum between intended reflection and shadow. The light on the top of the threaded connector at the back of the bulb is what was reflected from the ceiling above the beauty dish.

It’s a light bulb, wonder how it works as a light source?

Some weeks later I had another light bulb moment and a different way to make use of the bulb, this time as a light source, crazy I know. With the lockdown in the UK this was also the last studio shoot of 2020. 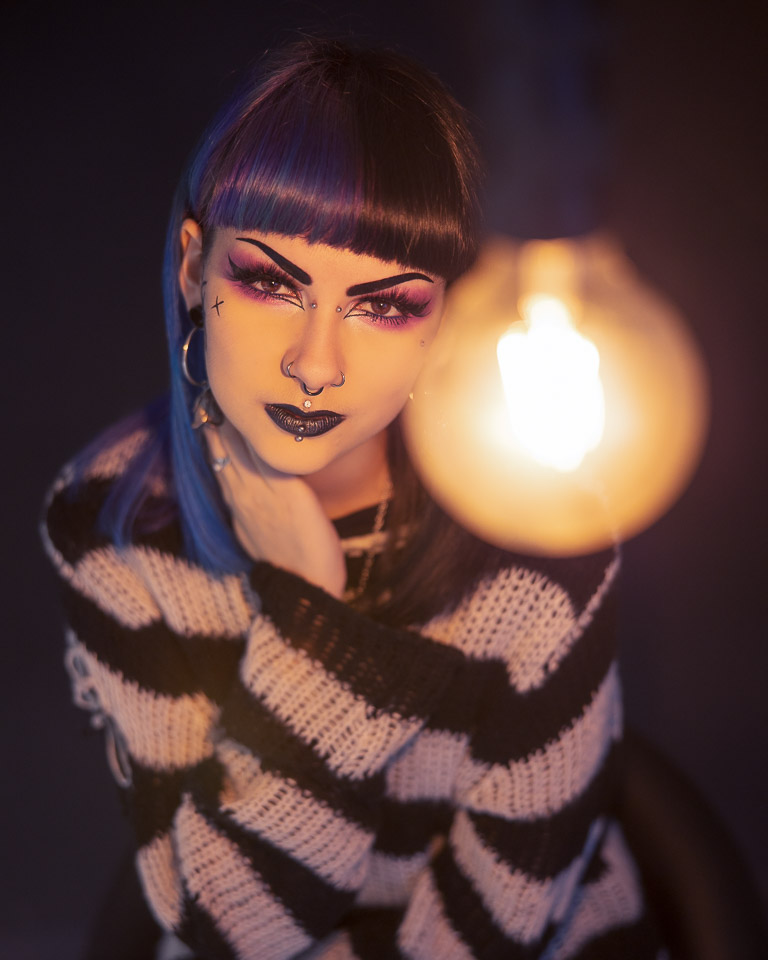