2020 is nearing the end and it’s been a year dominated by a word few people had heard of; Coronavirus. It is also a year where being creative and making pictures was so important.

2020 has been a challenging year, and just when it felt like good things were coming in to alignment, lockdown 2 started at the beginning of November. The day before it started I received a loan lens from Hireacamera. A lens that I’d been asking Canon for since I’d first seen the EOS R; the successor to my EF 85mm f/1.8 USM lens. Yes I finally had the RF 85mm F2 Macro IS STM in my hands.

Way back in the early 1990’s I’d owned a Tokina 90mm macro lens for my film EOS camera, but it lacked in AF performance and whilst macro was ok, it just wasn’t the ideal lens for people. I then saw and purchased the EF 85mm f/1.8 USM not long after it’s launch and it’s remained part of my kit ever since. It’s the only lens that I have used on film, digital SLR and mirrorless EOS cameras. The RF 85mm F2, promised to be the perfect combination of macro and portrait lens.

I had great plans and was aiming for four portrait shoots during the loan, but was thwarted by Covid-19 and only had one portrait shoot on the day I received the lens. Let me introduce “My Little Goth”, who proved to be the perfect partner for portrait lens testing. Immaculate skills with her make-up and a face that the EOS R6 and RF 85mm F2 Macro IS STM lens were captivated by. 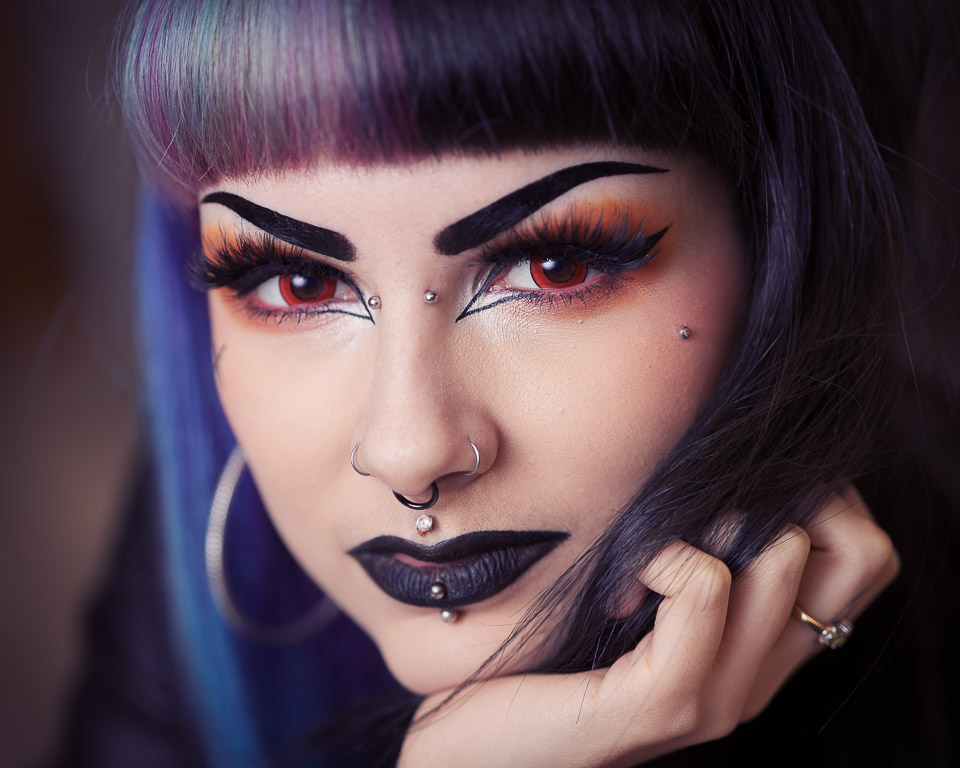 It’s quite clear that an EOS R6, RF 85mm F2 Macro IS STM lens, face detection with eye-detect active, and servo AF is a winning combination for portraits. There’s more to come with “My Little Goth” too 🙂

At the start of my “EOS history” I’d had a macro lens that turned out to be a poor portrait lens. Could the clearly successful RF 85mm F2 portrait lens turn out to be a good macro lens? Lockdown meant no more meeting people in a studio, so I took a walk with a camera bag and went to see what the local woods might have for me to photograph; there were mushrooms a plenty. 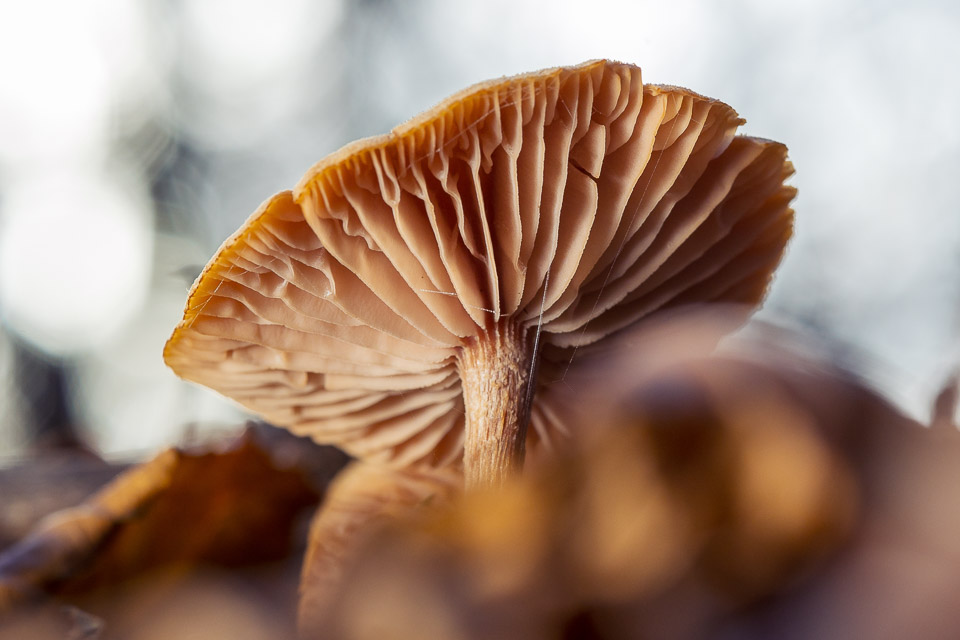 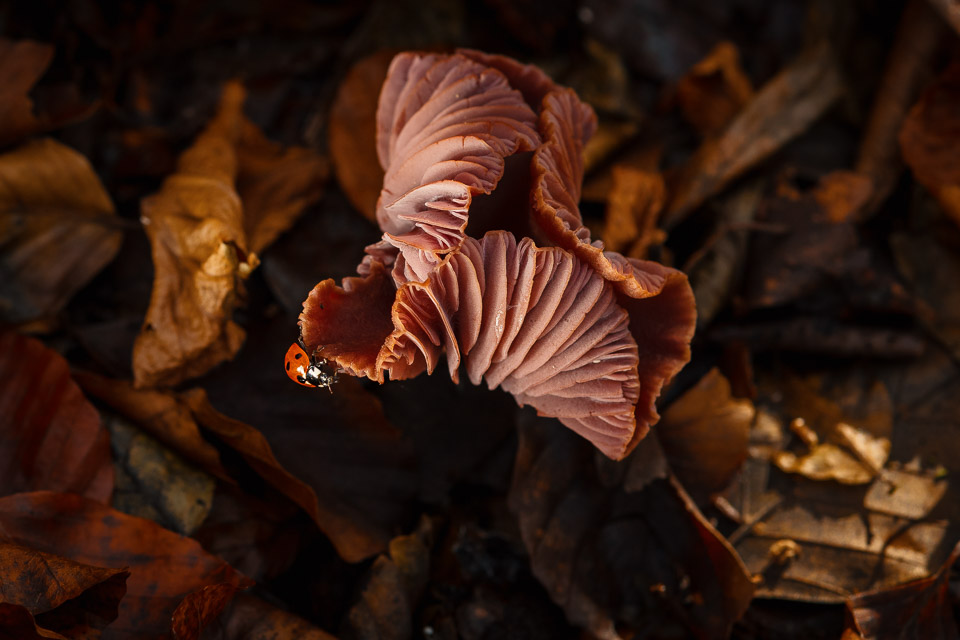 With only half life size macro, this is not a replacement for the EF 100mm F/2.8L Macro IS USM lens, but then again it is awesomely sharp and free from the purple fringing that appears on the older EF 85mm f/1.8 lens with strongly backlit subjects. 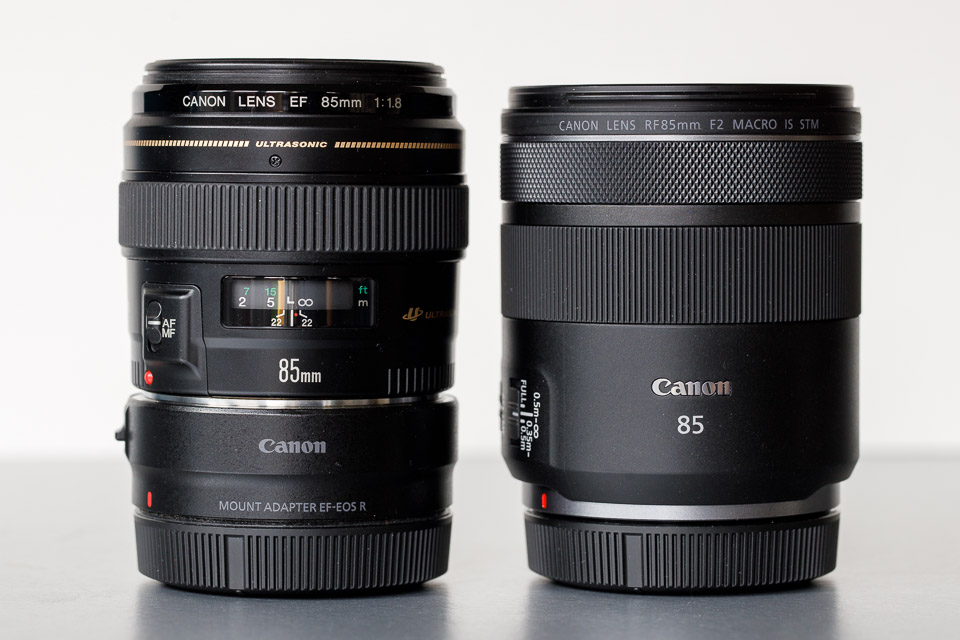 The RF lens is bigger and heavier, but if you factor in the EF to RF adapter for the old lens the differences are not so great. I do wish that it included a lens hood though. The ET-77 lens hood comes with a whopping £58 price tag, at over £600 retail for the RF lens it should include a lens hood. By chance I found the box for my ET-65II lens hood I’d also had to purchase back in the early 1990s, but the price sticker on the box says £10.99.