Second curtain sync is when the flash is triggered just at the end of the shutter opening time. Conventionally the flash fires at the start of the exposure when the first shutter curtain has fully uncovered the sensor, and there’s a visual difference in photos if the subject is moving. 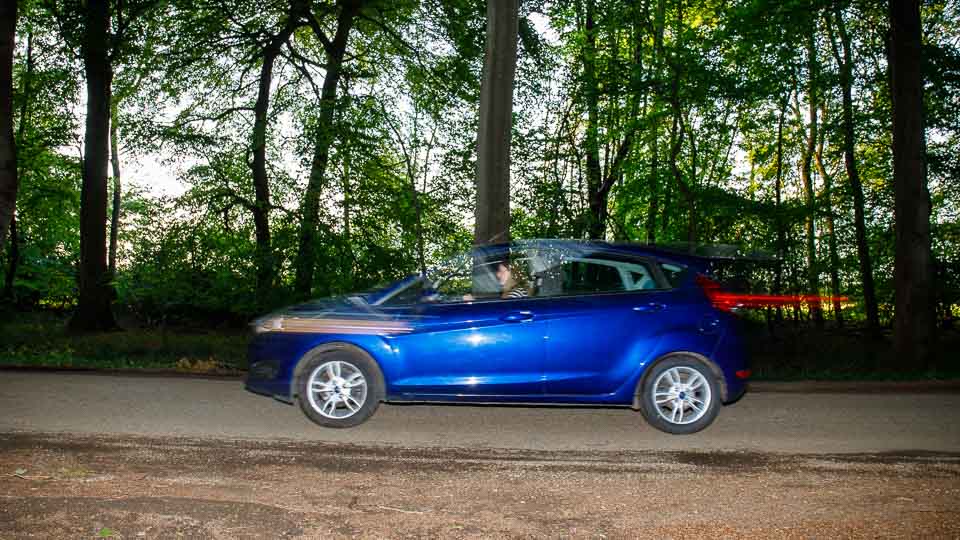 Rear curtain sync is also used to describe what Canon manuals call second curtain sync. In the photo above second curtain sync was active, the Speedlite was on the hotshoe. The car is driving from right to left and the shutter speed was 1/13s, this means that light trails from the headlights and taillights appear to be behind the lights.

There’s a few points to note about Canon’s implementation of second curtain sync.

I still cannot work out why Canon’s radio wireless system doesn’t allow second curtain sync. In my mind the technology allows it. Also some independent companies has engineered it in to their solutions. One that is particularly intriguing is the inexpensive Yongnuo YN-E3-RT which works almost exactly as the same as the Canon ST-E3-RT.  The Yongnuo adds the ability to do second curtain sync, when used in manual flash exposure mode.

If you must use second curtain sync flash off-camera, then you’ll need either a long cable or one of the independent companies transmitter and maybe receivers.

If you set your camera shutter speed too fast then the camera is not able to do second curtain sync and will revert to first curtain sync without warning.

Here’s some examples of the minimum shutter speed for second curtain sync to operate.

In short for many cameras it is 1/25s or slower and for some of the newer models it’s 1/80s. So if you are trying to get second curtain sync to work make sure your shutter speed is slow enough. Secondly remember that many recent cameras use the same approach to shutter speed range as the EOS R does, with a limit at 1/60s, so if you’re using aperture priority mode you might not get second curtain sync very often.

Below you can see a similar picture, but this one used the standard first curtain sync, so the flash illuminates the car at the beginning of the exposure, and the car drives from right to left. The resulting picture looks like the car was actually moving in reverse, ie from left to right. as the light trails are recorded after the flash. 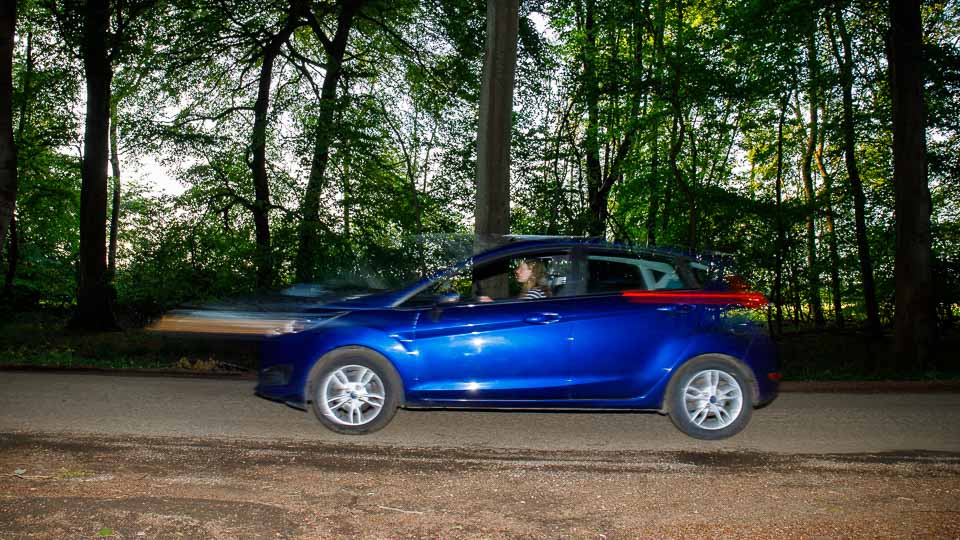 Setting second curtain sync can be done on the Speedlite or from camera menu, here’s how.

If you have a recent model Speedlite and camera than you can set second curtain flash using the menu on the camera. Here I’m using an EOS 7D Mark II with an Speedlite 430EX III-RT on the hotshoe. 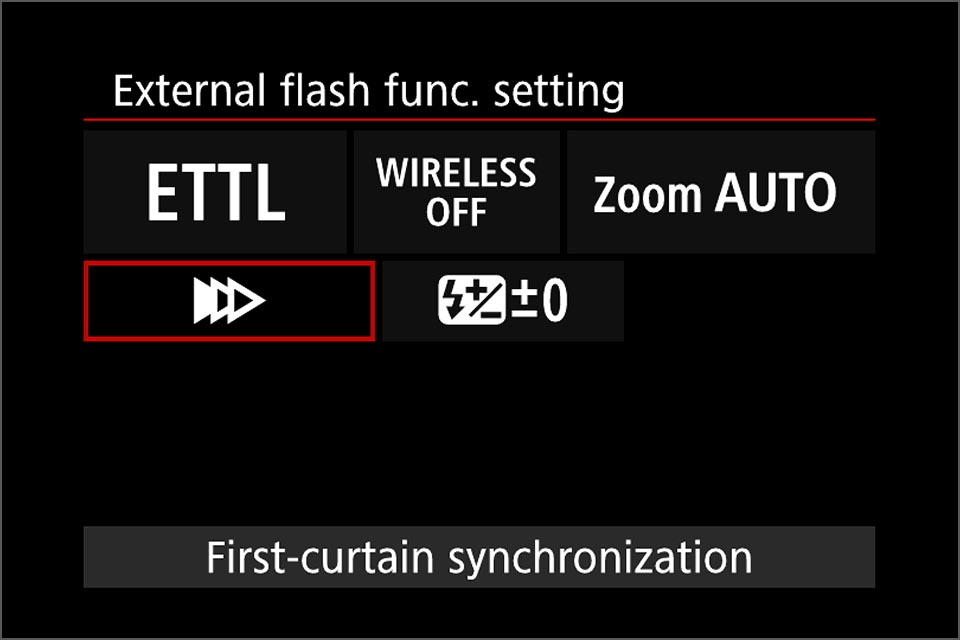 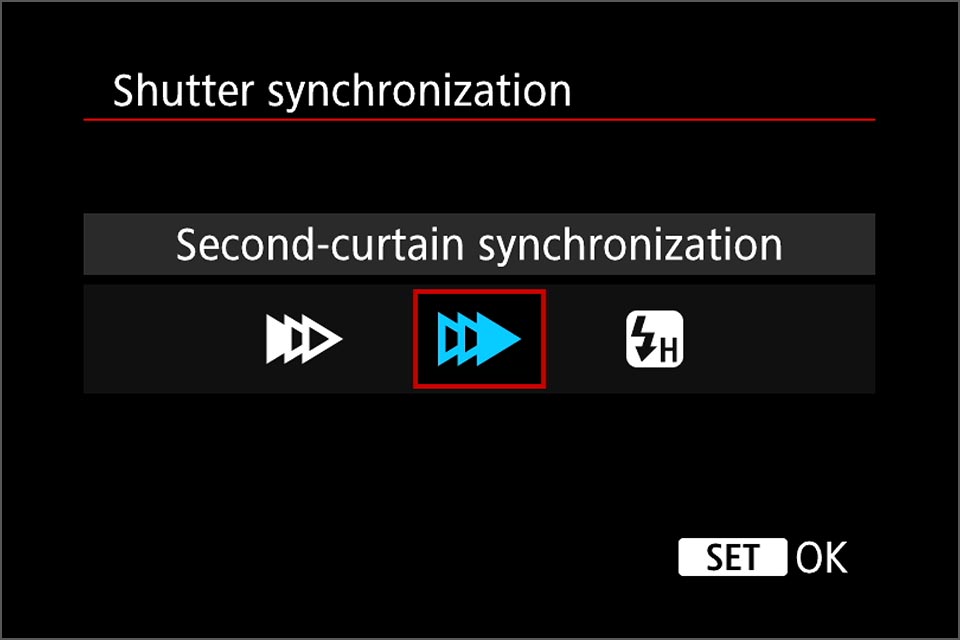 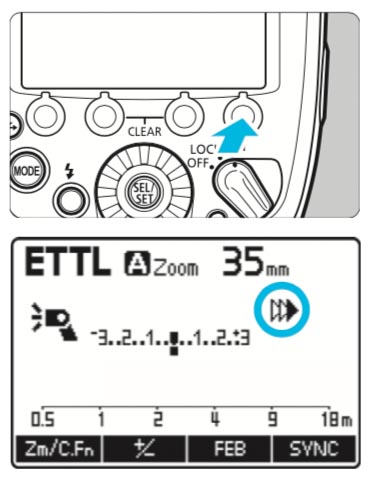 There’s often a button to press that will toggle between first curtain, second curtain and high speed sync modes. As soon as the flash is a master then the second curtain option becomes unavailable. The icon used is the same for all Speedlites.