Not trying to be controversial, but using higher iso improves your photos. Specifically photographers are relying on stabilisation to ensure sharp shots, when actually they should use shutter speed.

How many times have you looked at your photos and wished they could be a bit sharper? If so then you need to look a little closer and work out what kind of sharpness is lacking from your photos. You always learn more for the shots that fail than the successful ones.

Lack of sharpness can be caused by focus errors, subject movement, camera movement, and rarely from poor lenses.

If there is some point in the frame that is tack sharp, then it’s a focus error. Commonly this occurs when the camera locks focus on something in front of your intended subject. It’s a pain, you might need to learn how the AF works in your camera, or provide more manual input to make sure the focus is where you want.

If the subject moved during the exposure it makes a blur. Small movements might not be too noticeable, but more extremes certainly will be. There’s only one way to fix this subject movement problem; faster shutter speed. A person walking towards you at 3 miles / hour will be 1.34 metres closer every second. Considering that in terms of shutter speed in 1/30s they’re 4.5cm closer and in 1/200s just 6.7mm closer. 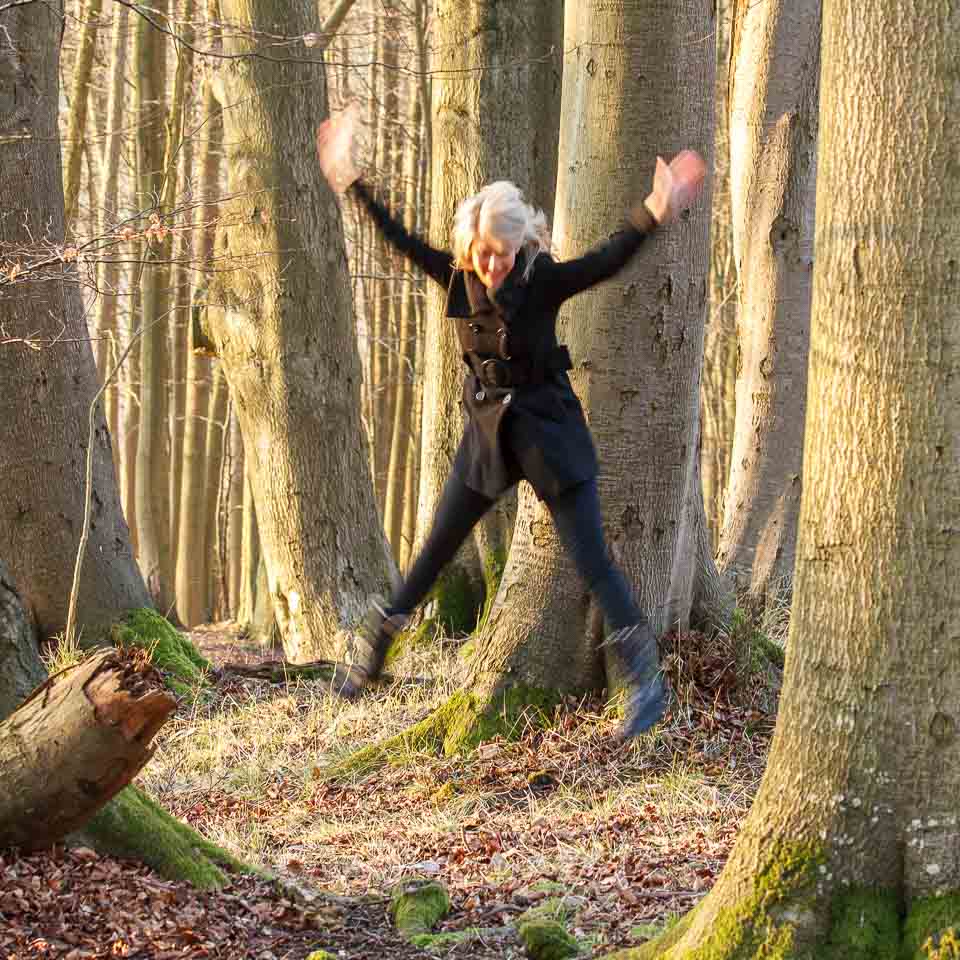 I asked my model to do a star jump… and at 1/25s she’s clearly moving. No amount of image stabilisation will fix that movement. The only options are shutter speed or come back when there’s more light. I’d get that shutter by opening the aperture as much as the lens allows, and increasing the ISO. 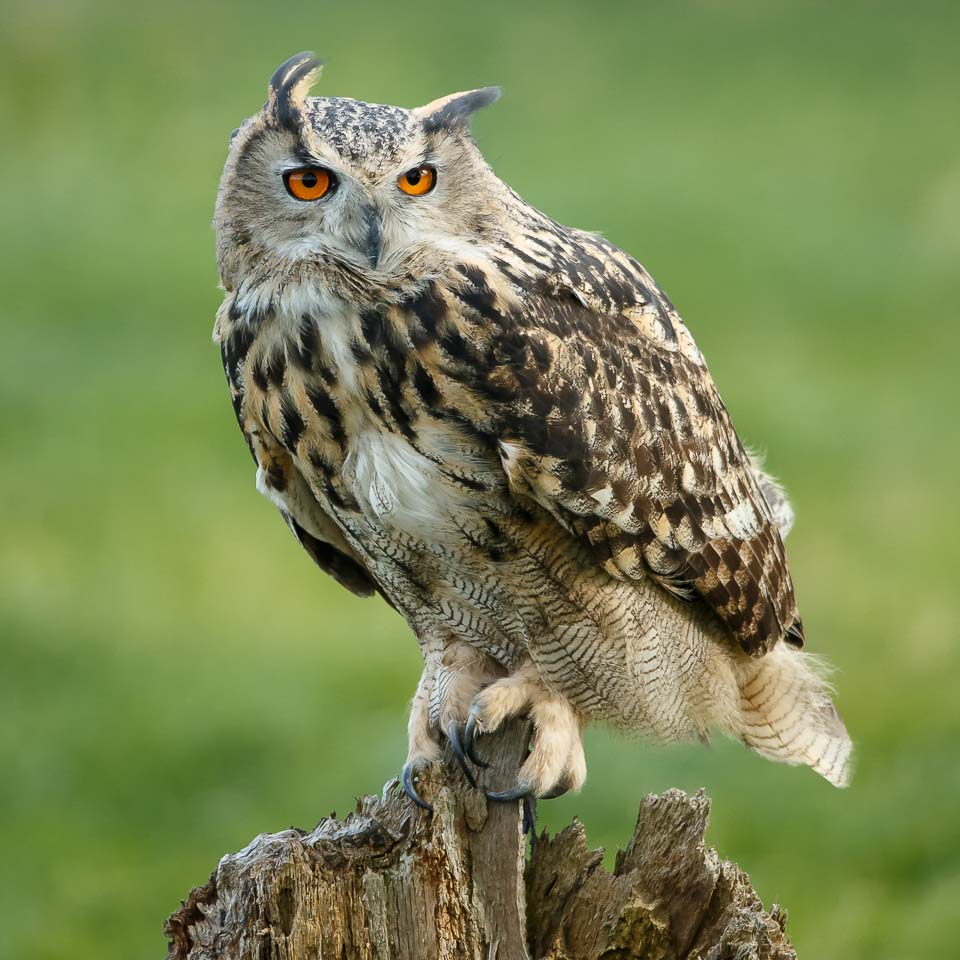 Now this owl is bravely hanging on to the top of a post in blustery windy conditions. I’m using a 400mm lens with a 1.x4 extender and used a 1/1600s shutter speed to try and stop the feathers from being a blurry mess. ISO 3200 was needed on the relatively bright day.

If you move the camera during the exposure then static subjects in the frame a captured as a blur. Sometimes we like this and then it’s called panning, other times it’s called camera shake. There are a few methods for reducing or elimination camera shake; use a solid camera support like a tripod, image stabilisation or a faster shutter speed. 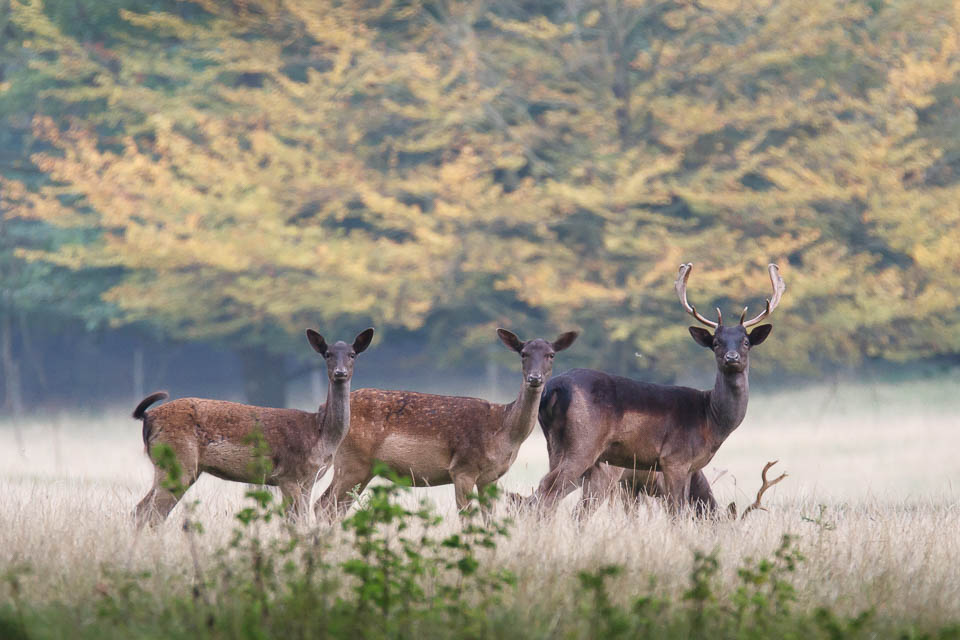 The rule that photographers use is the reciprocal of the focal length. This is helpful as a guide, but with higher resolution and smaller than full-frame sensors it needs a bit of revision. In your brain if the lens is a zoom that goes to 500mm, then set your shutter speed to 1/1000s and maybe use ISO AUTO.

In all reality most lenses from the last twenty or so years are sharp enough. Sure some are stellar and a few are mediocre, but invariably the three things above are more likely to be the biggest cause of problems and you can fix those problems without buying new gear!

Higher ISO is a big help

I’ve seen so many people who seem programmed with an old film mentality, ISO 100 good, 64 or 50 better, and ISO 400 is for dark days. To be honest I used some of the first ISO 1600 Fuji print films, and I had visible grain on a 6×4 inch print! Any digital camera from the last 5 years is way better than that. The problem is that you look at a shot on the computer screen, and then hit the 100% button to see the minutest details and there’s noise there, must be a rubbish shot so in the bin it goes.

The solution for sharper shots is that higher iso improves your photos by reducing slow shutter speed blur.

Please stop avoiding high ISO if your most prized photos are not sharp enough. Far too many times recently I have seen photos that are just not sharp enough, and it’s almost always due to shutter speed. You can raise the shutter speed by increasing the light or making the camera more sensitive to light by raising the ISO. 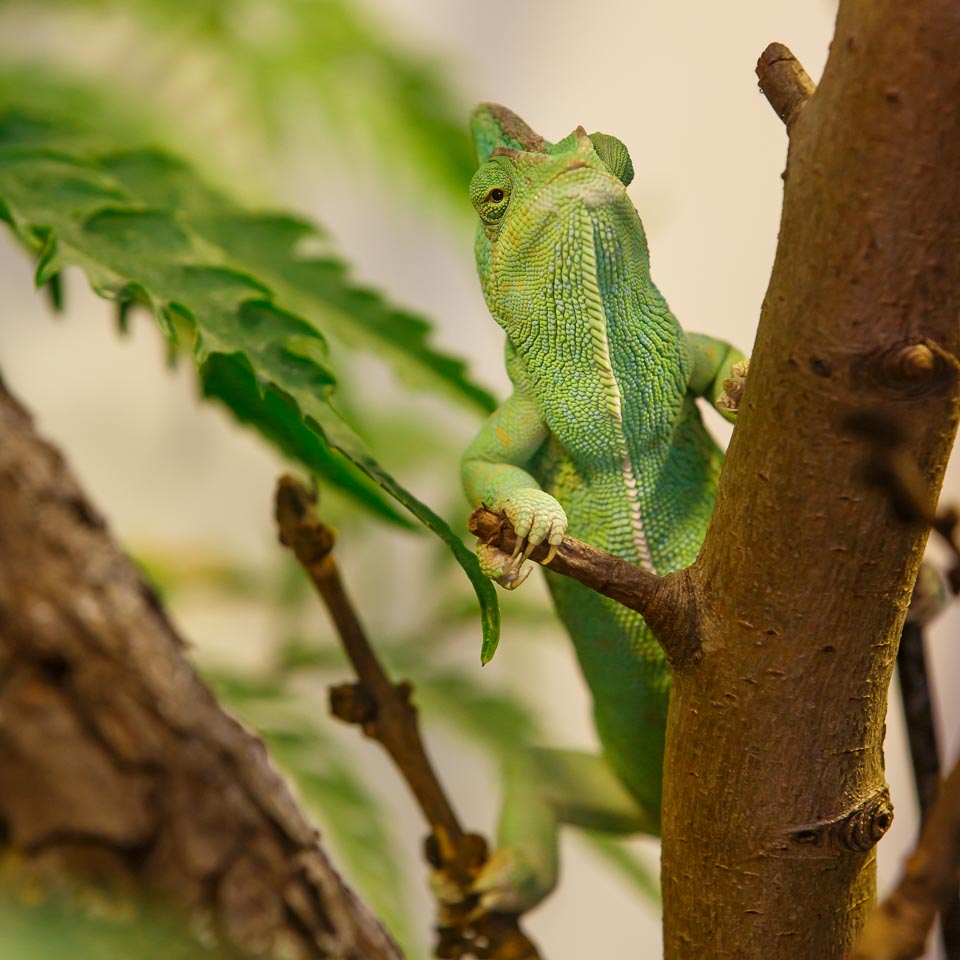 This was taken in the reptile house, the chameleon was stationary, and I used a stabilised lens, yet still ISO 1600 was needed.

If you shoot RAW, then learn the steps to deal with the noise in your software. I use Lightroom, same as ACR in Photoshop, and the detail panel is where it all happens. 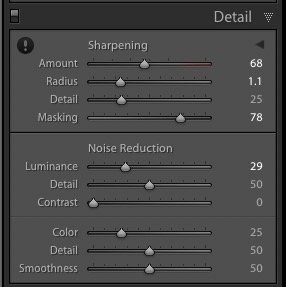 I’ll firstly increase the masking, whilst holding down the <ALT> or <OPTION> key. This shows me in black and white where the sharpening will be applied. White is sharpened, black is not. I don’t want to sharpen the out of focus parts of my shots to avoid sharpening noise.

Then I increase the amount and set a radius of about 1.2 to 1.3. It helps to zoom in to 1:1 for these last two steps. Press Z on the keyboard to zoom in and out.

While zoomed in I will look at the luminance noise reduction, and move it up to reduce the noise. It’s a matter of taste and depends on your camera and ISO speed. Move the slider to 100% and see how blurred / smooth / detail lacking the image is. Then back it off to a value that looks about right to you.