It appears that 2019 was the year I went mirrorless with the EOS R, a camera that I started out not liking at all. 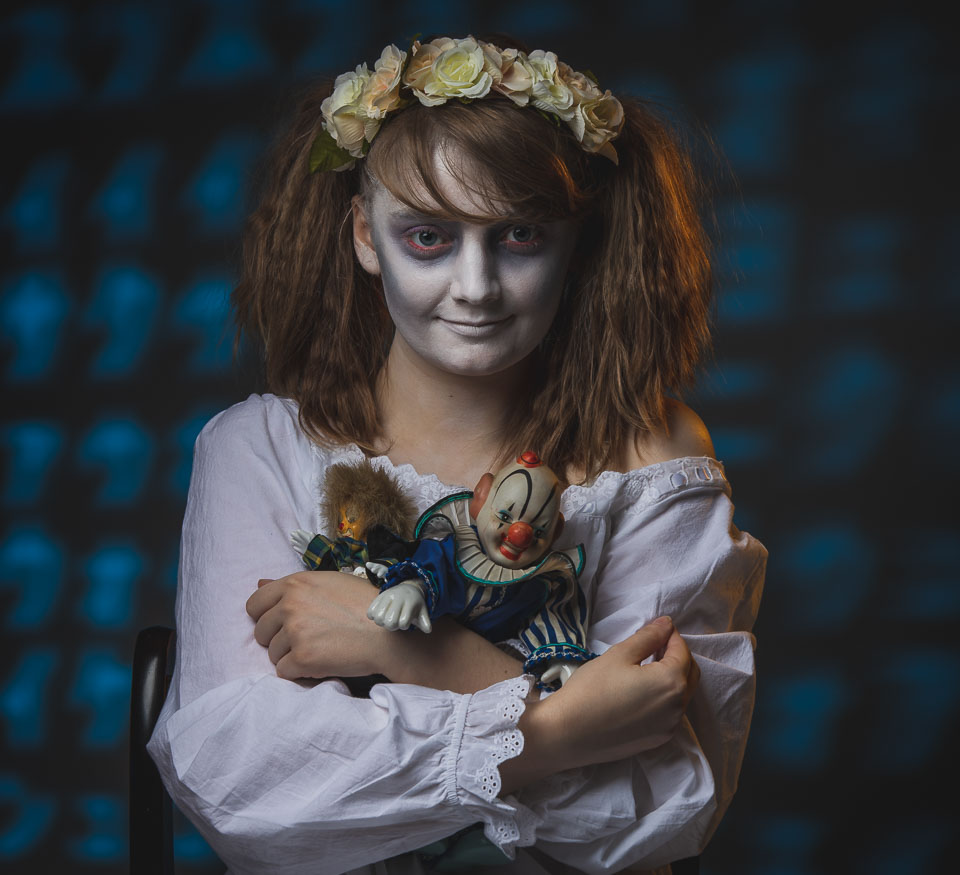 When I first saw the EOS R I thought I’d buy one, but then I had a couple of EOS R cameras on loan to create some reviews at the end of 2018. After using the camera and writing the reviews I’d convinced myself that it wasn’t really the camera for me. However the business head took over and I had some workshops to deliver in 2019 on the new camera, so I searched for the best deal I could find and bought one.

The EOS R and lens adapter kit late arrived late in October 2018, and when it arrived I put it under my desk and ignored it for almost two months. The knowledge that I had workshops to deliver and a course to write, made me open the box. Another stroke of luck saw me getting the RF 50mm F 1.2L USM and RF 28-70mm F 2L USM lenses on loan for 10-days… 🙂 I took the plunge and started making photos with the EOS R. I’ll be honest and say it wasn’t all plain sailing.

Frustrated by the controls 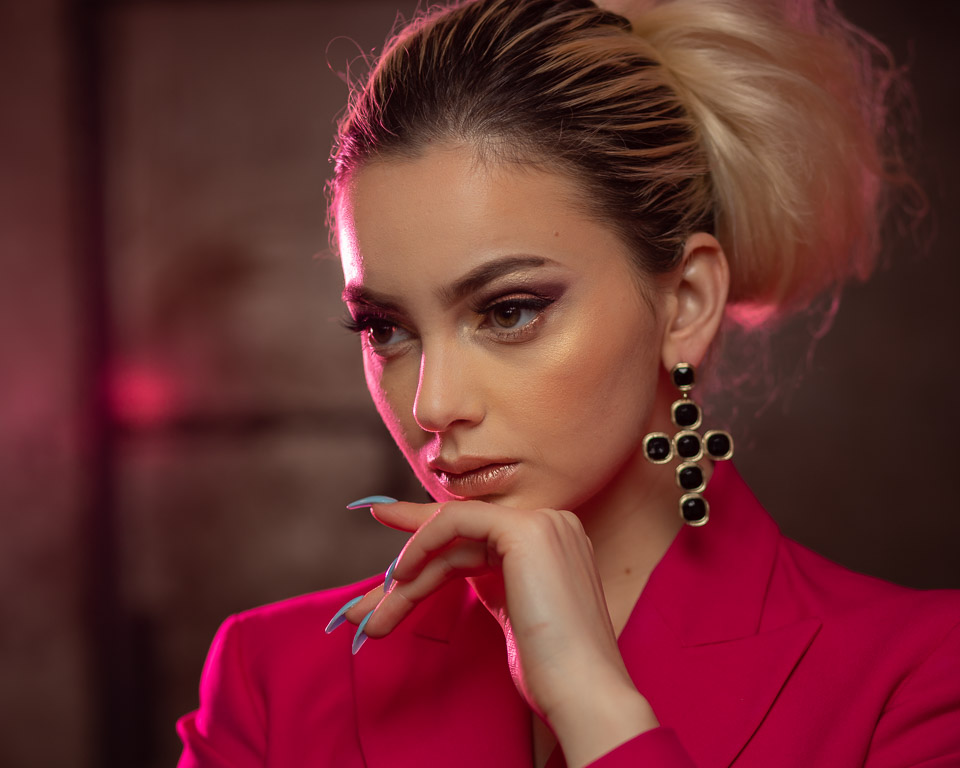 The camera felt comfortable in my hand, but the controls frustrated  me. I’m a long time user of EOS cameras, and I didn’t like the apparent need to be constantly looking at the screen or EVF to see what parameter – ISO, AF, drive, white balance – I was changing. It’s as if I had to interrupt my thinking about the subject to look at the camera screen or EVF to change a setting. For me there were simply too many functions on one button – the M.Fn button to be precise. I got the feeling I needed more buttons than the camera possessed to be able to access the functions I wanted when taking photos. Most of the time when I work with a camera I use my left eye looking in the viewfinder, and for DSLRs I can access the settings I need by touch and feel alone. The EOS R felt distant, as if I was wearing thick knitted woollen gloves, my DSLRs always felt an extension of my hands.

However over the course of a few months I worked to optimise my camera for my needs, and for the portraits that I take plenty of. The result is a camera that has a button for most of the things I want to access, but one that other EOS R photographers would find quite alien . As an example the M-Fn button on my camera now only controls ISO, in effect the M-Fn button is the equivalent of the ISO button on my DSLR. Press the M-Fn button and turn the main dial to change ISO, and I can do it by feel. Currently there’s 10 buttons on my camera configured with my choice of functions assigned to them. I deliver workshops on the EOS R with EOS Training Academy if you’d like the details.

Then there was the AF… an early experiment left me feeling that portraits were a problem. Turning the camera vertically with the early firmware meant that it regularly missed focus on my models, in one case focussing accurately on the edge of a road patch 20-feet in-front of the model. In another the camera decided that horizontal stripes across a models top stopped it looking for her eyes, even if you tried to use touch and drag AF.

I then decided to photograph something more challenging and I took the camera to a motocross event. I took just two lenses; EF 135mm f/2L USM and EF 70-200mm f/2.8L IS II USM. For backup I fortunately took the EOS 5D Mark IV too. 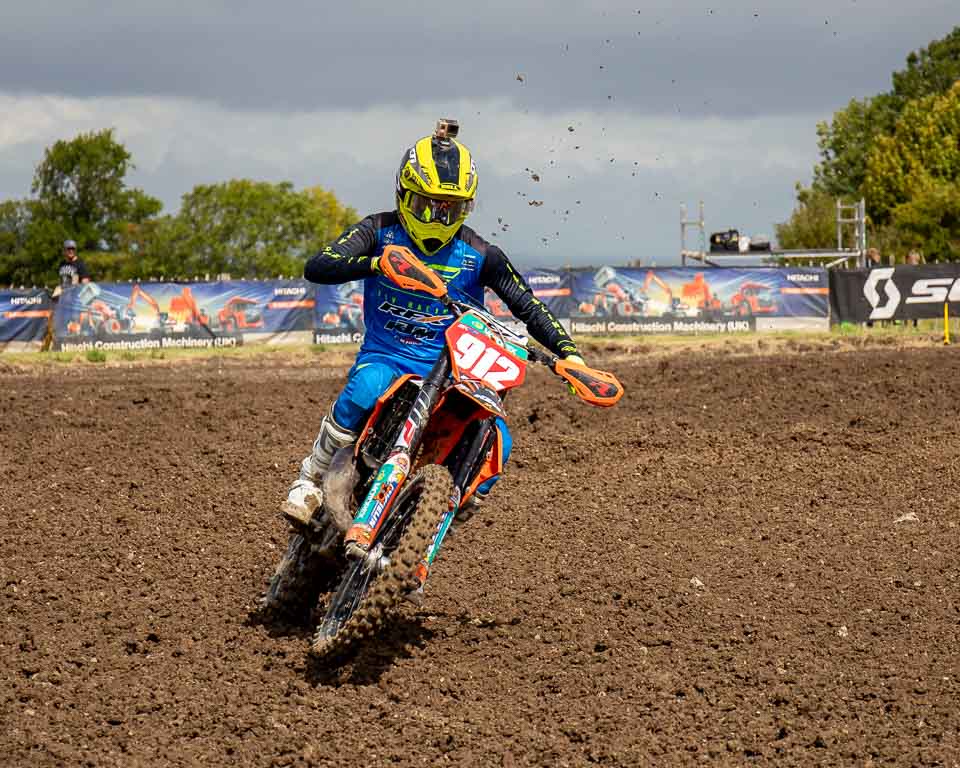 You may well need to use different settings for AF than for a DSLR. Zone AF; great on the EOS 5D Mark IV for motocross, not so great on the EOS R. For motocross I often prefocus on the top of a jump, keeping my finger on the shutter button and wait for the rider to appear then lift the camera up to track them. With the EOS R, the camera simply thought that subject – tracking by colour and shape – had moved down in the frame and continued tracking the top of the jump not the riders in either face tracking AF and Zone AF modes. 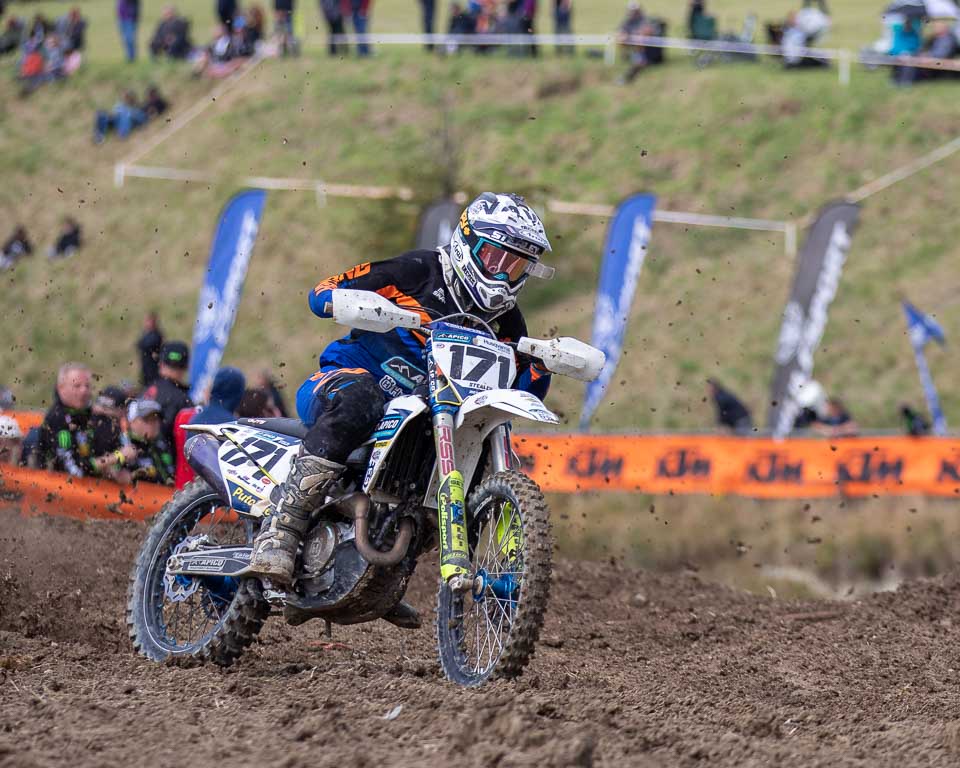 A subsequent attempt at motocross yielded the better results seen in this post. I’d switched approach, using AF point with expansion instead of zone or face detection. My hit rate was on a par with my EOS 5D Mark IV. What marks the difference between mirrorless and DSLR is the speed with which the DSLR will get a very out of focus subject in focus, the EOS R is just not as fast. The trick is to get your lens focussed at about the right subject distance and start there.

This is a series of shots with the EOS R tracking a motocross rider quite easily. 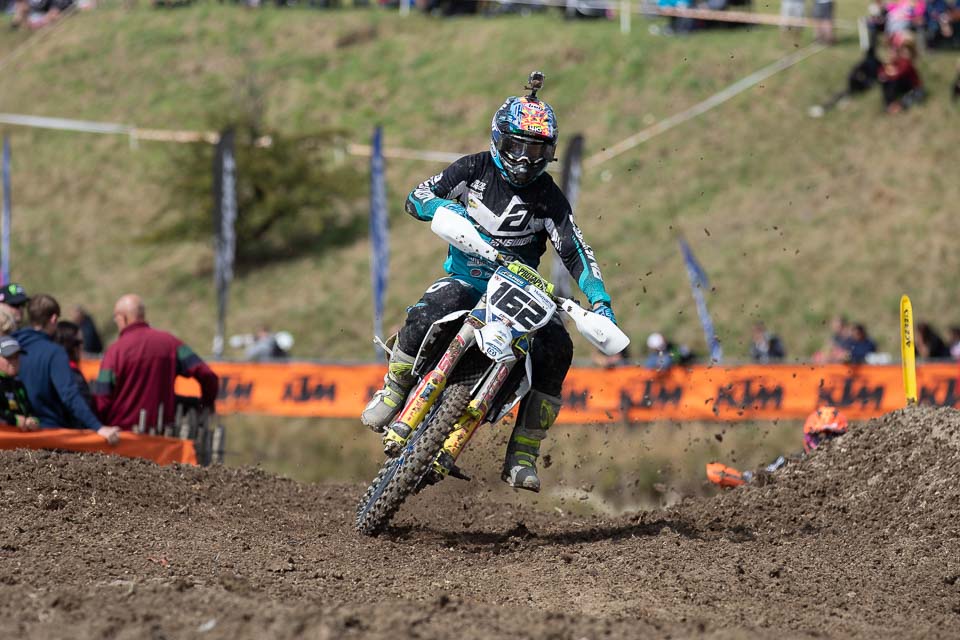 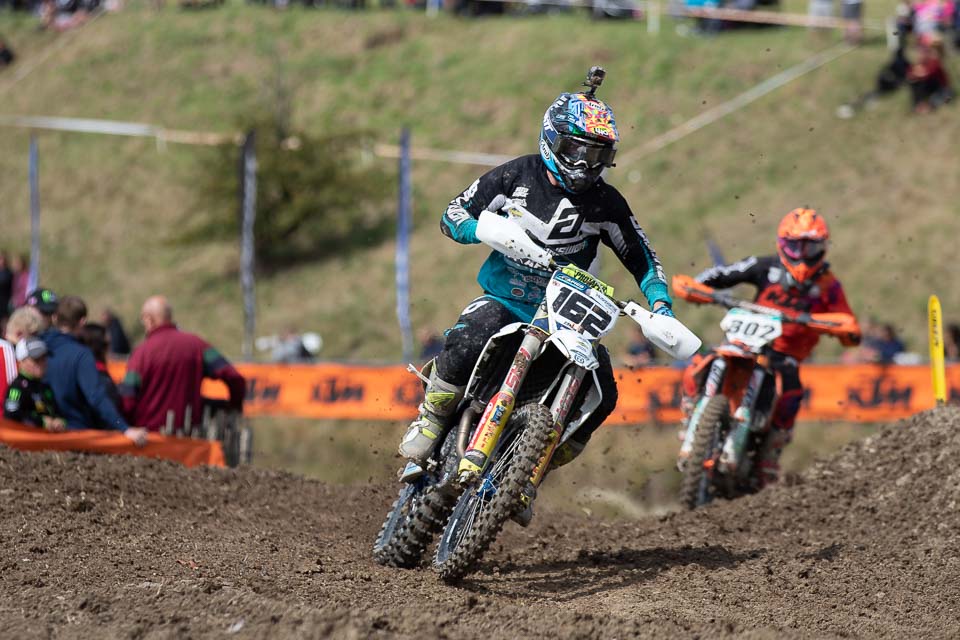 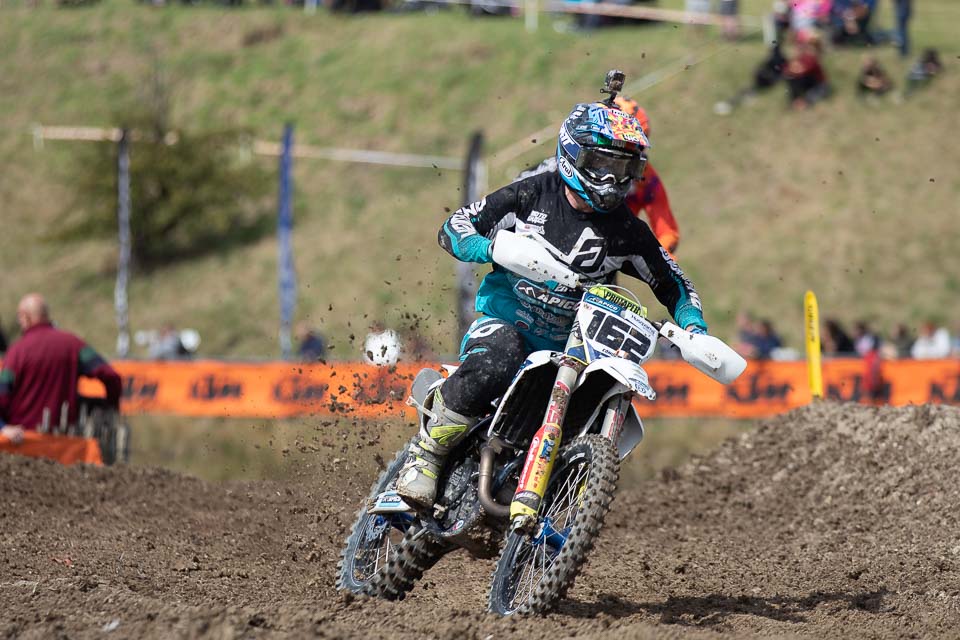 Then late in 2019 came the AF breakthrough thanks to a firmware update. Suddenly I had a different camera in my hands, one that can indeed track faces and eyes quite readily even with the camera held in the portrait orientation. Now for most portraits I use face detection and tracking, and turn eye AF on or off as required with a customised button. 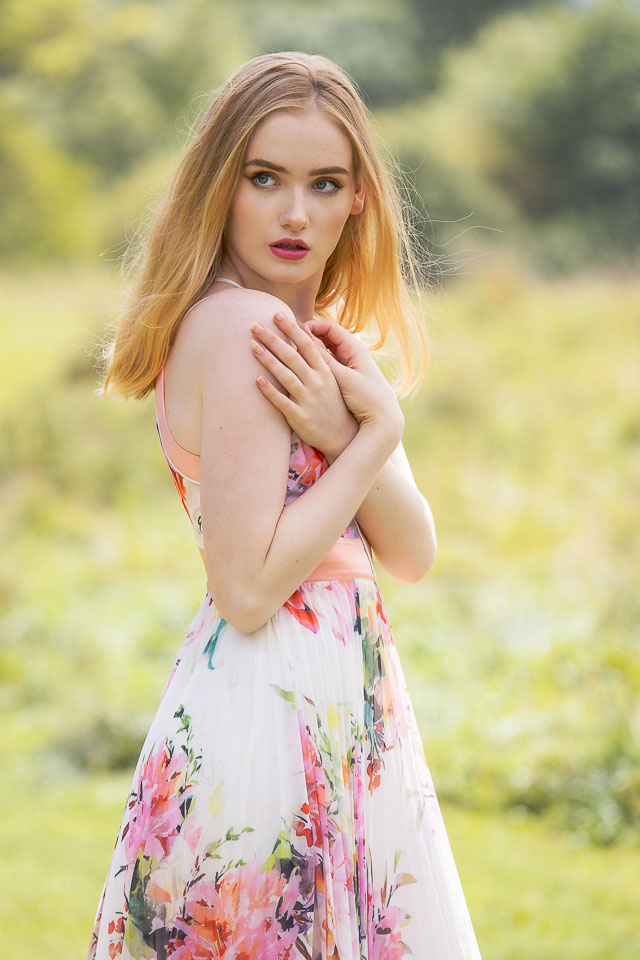 I usually turn off the AF methods I don’t commonly use on the EOS 5D Mark IV and EOS 7D Mark II, I did the same for the EOS R keeping only face detection and 1-point AF active, though for motorsport I go and turn AF point with expansion on. 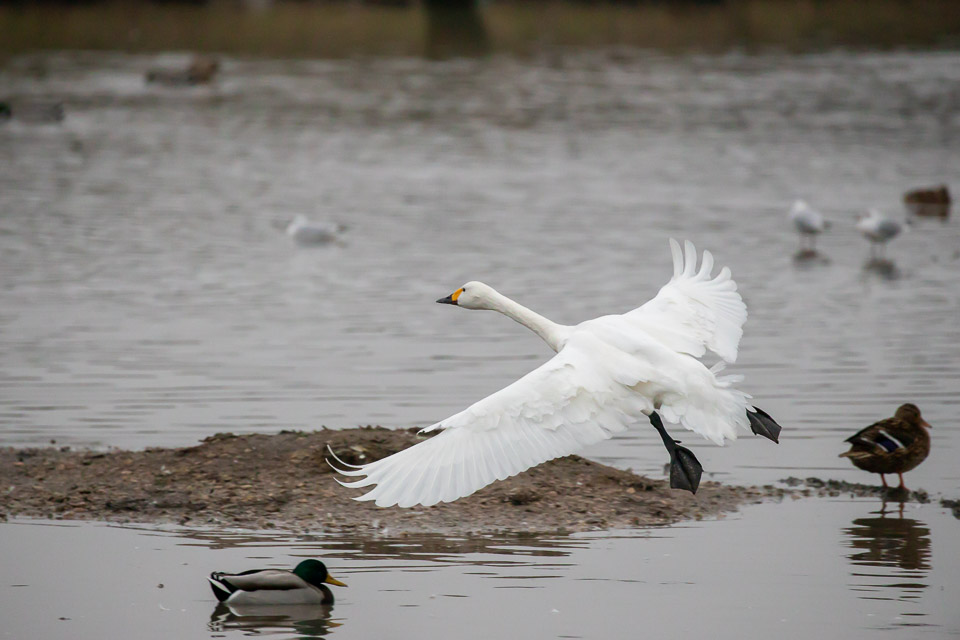 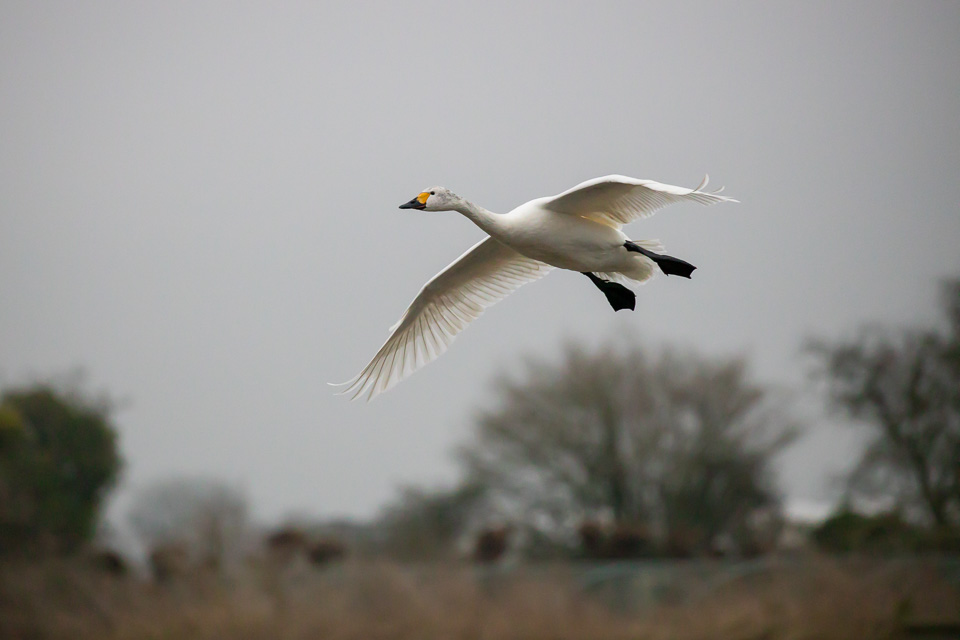 Though birds in flight is not what the EOS R does best. If you’re currently using the technology of an EOS-1D X Mark II and a 500mm lens for birds in flight, then the EOS R with EF 100-400mm lens is not in the same league at locating the bird quickly and tracking it around the frame. 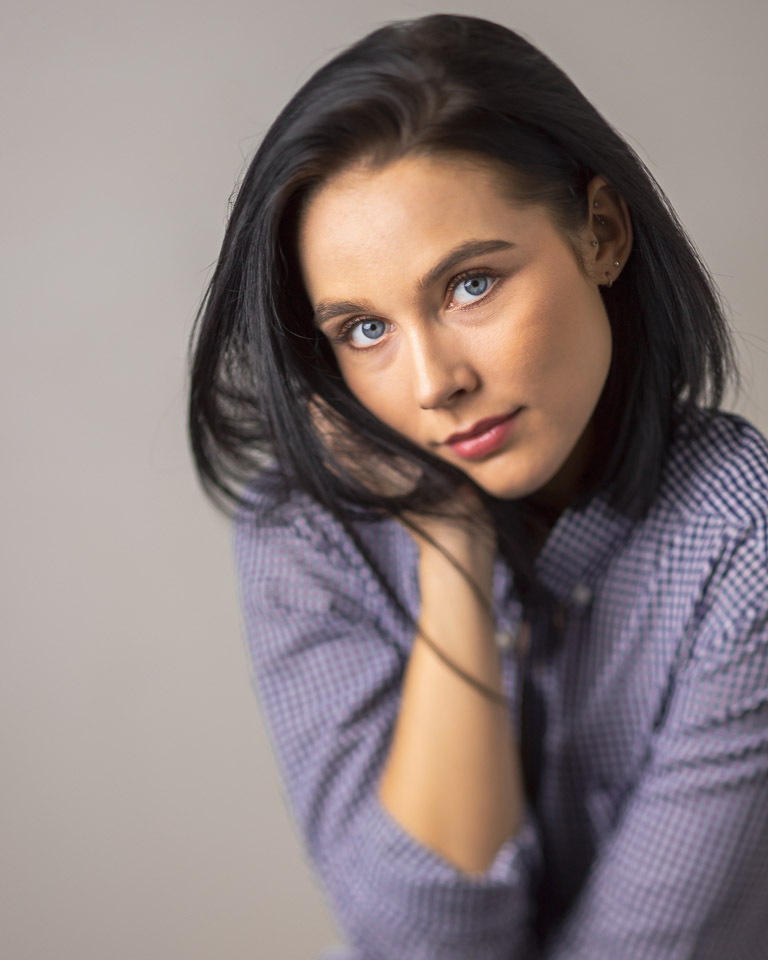 Not exactly AF, but using a tilt-shift lens with focus peaking is like cheating… I’ve never had so many portraits with sharp eyes using a TS lens.

While the EVF and viewfinder are great I fought with them. If I wanted to avoid the delay in switching between the two, I turned the auto switching off. Then once I did this I disliked that I had to review photos in the EVF. Neither auto switching or manual switching was right all the time. I added the setting to the green My Menu to make it faster to access. 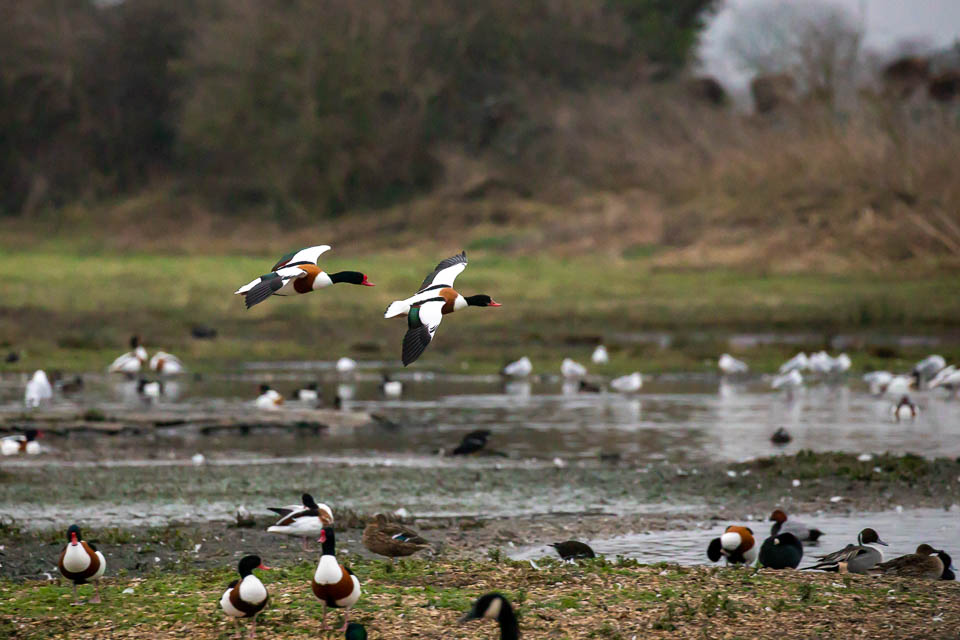 What I’ve found is that for most steady subjects the viewfinder refresh and lag is not a problem. Only when you shoot fast moving subjects panning across the frame does it seem too slow. You have to remember a DSLR viewfinder works at the speed of light, any EVF has to allow for the light to be digitised, processed, and sent to a display device; this takes longer. Sure computers can get faster, and the displays refreshed faster, but there’s more to do and therefore some lag will occur. I notice this in my panning shots where the subject is in a different part of the photo than when I thought I took the picture.

My workflow stays the same, I import the photos to a big fast “photos” drive using Photo Mechanic, and then drag and drop them in to Lightroom. If I can do all the adjustments in Lightroom then that’s great. I also can find pictures really easy thanks to the cataloguing and metadata searching. I find it tough to tell EOS R images from EOS 5D Mark IV files, they both have similar characteristics and respond equally to processing. Sometimes Lightroom doesn’t do the best thing for the RAW files, and then I’ll open it with DPP, do the processing and export a 16-bit TIFF that gets dropped back in to Lightroom for cataloguing and ease of workflow. 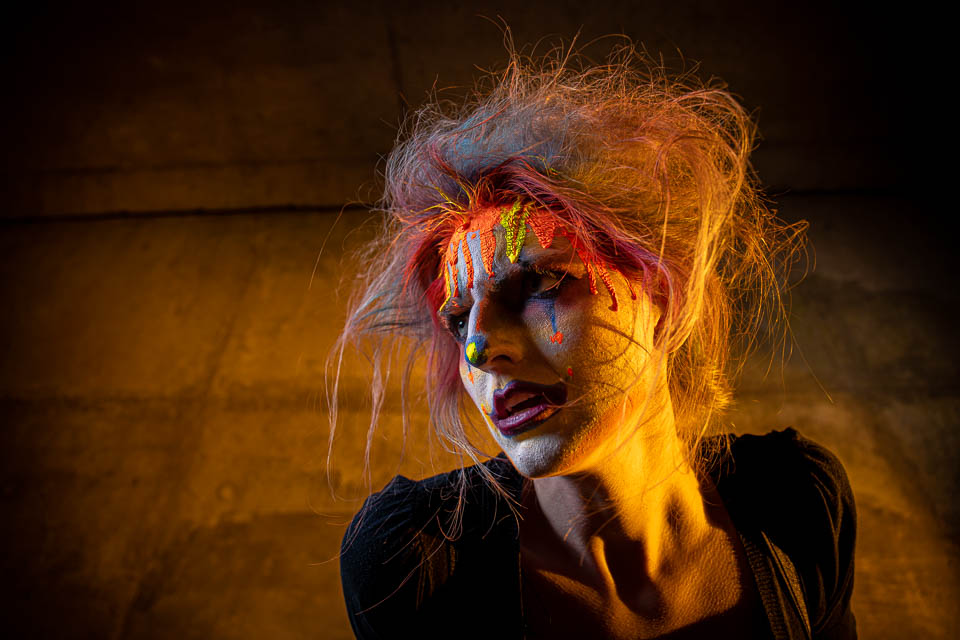 Some of my DSLR cameras have a vari-angle LCD, and now I wish more had. The screen is invaluable for low and high angle shots. I put the camera where I want and then move the screen to see what my shot looks like. For model shots I sometimes use the screen a little like a waist-level finder, but you need a little faster shutter speed or to use a Speedlite to avoid camera shake. 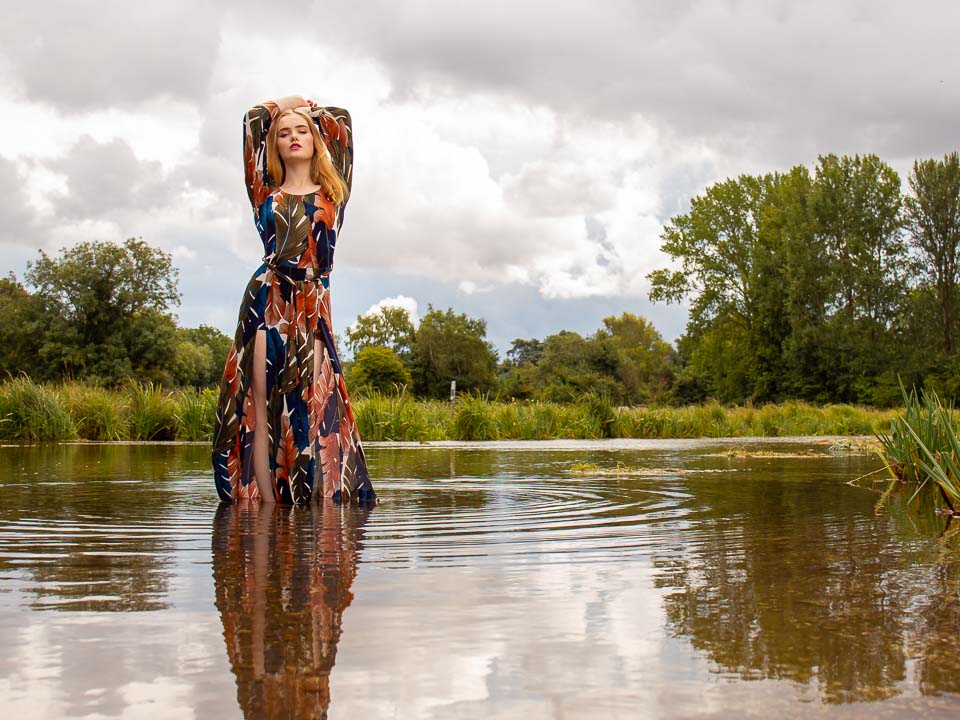 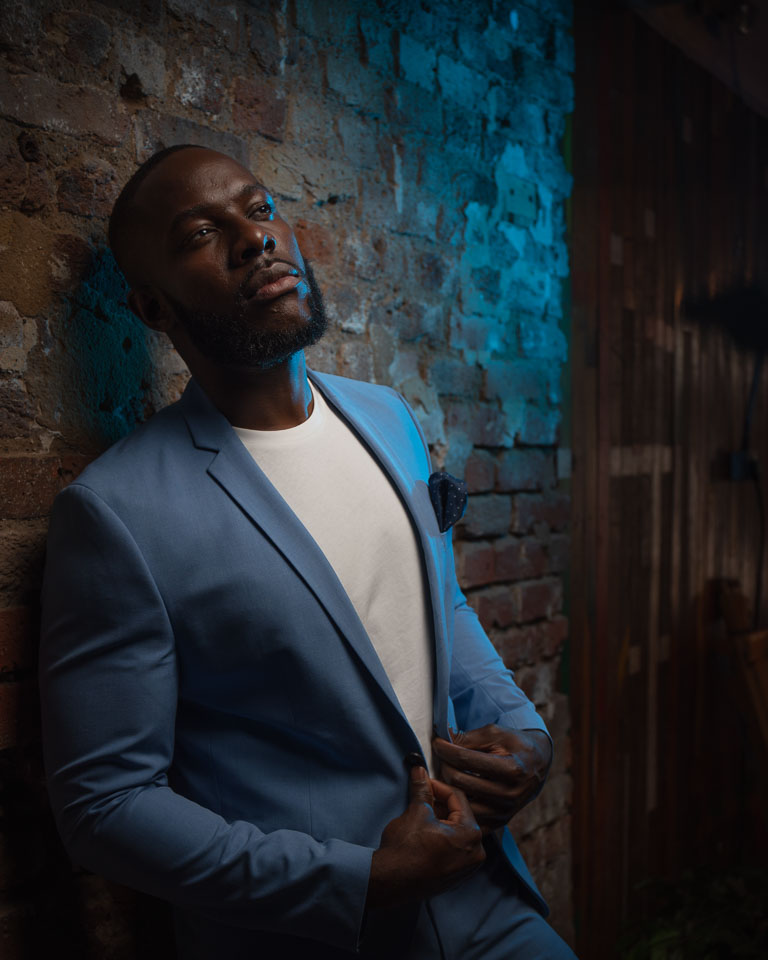 There’s nothing to worry about here, the camera seems to get the exposure right even more consistently than my EOS 5D Mark IV and exposure compensation is rarely needed for ambient light shots. With flash I’ve had the consistent exposure I expect to see from E-TTL.

Absolutely no troubles for me at all, in fact I wrote about that last year. My LP-E6 and LP-E6N batteries seem almost as endless as they do in an EOS 5D Mark IV.

It works reliably and doesn’t seem to have a major impact on battery life either. I often use WiFi tethering with EOS Utility sending the small JPEG to the computer and writing both the small JPEG and a full RAW file on the camera SD card. Just like the EOS 5D Mark IV I don’t think I’ve actually done a shoot using a cable connection.

I still haven’t bought any RF lenses. For me they only work on one camera, EF lenses work on all my cameras. The top of the line RF lenses are some of the best I have ever used, and some of the biggest. I’ll be unable to avoid the buy it now button should an RF 85mm F1.8 IS USM be launched (pretty please). With 30 years of product launches the EF lens range spoils photographers with choice, in time I expect the RF series will have a similar line-up.

This camera has had a lot of firmware updates in its short life. It seems that each time a new RF lens appears, there’s a firmware update needed. Then there’s the fixes and functional improvements firmware updates. As I type I’m using firmware 1.6.0 in my camera that shipped with 1.0.0. There are also firmware updates for the battery grip and several RF lenses too.

So far it seems that the EOS R series of cameras and RF lenses need firmware much more often than DSLRs and EF lenses did. Then again this is an all new camera system. 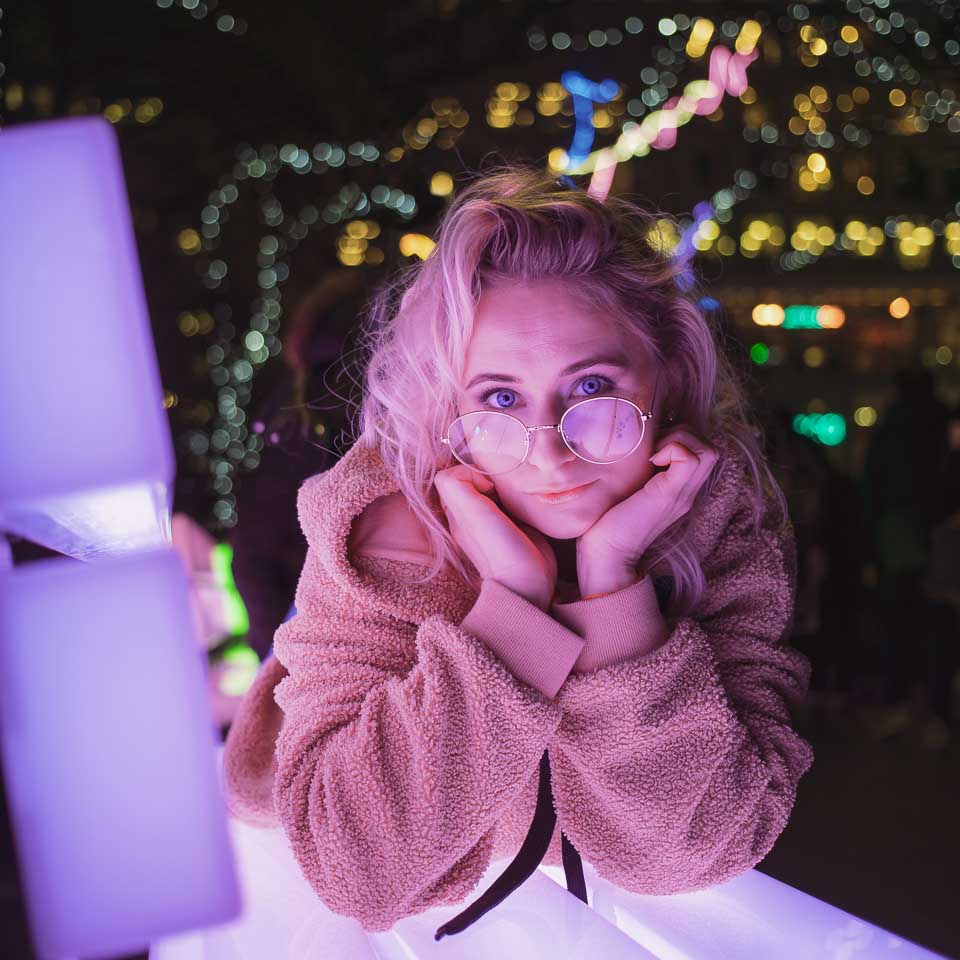 This is a great camera, nice images, lots of functions and it works for most kinds of subject. If you’re upgrading for an older camera and photograph a range of subjects including; landscapes, travel, portraits, and macro, it is a good upgrade.

The latest DSLR cameras, EOS 90D and EOS-1DX Mark III have very interesting capabilities in Live View. In my view they have the first generation of image sensors that have been created for mirrorless first, DSLR second. I hope that they are signposts to the future capabilities of Canon’s mirrorless cameras.