I was recently asked why the AF point displays of an EOS 7D Mark II (65-points) and EOS 5D Mark IV (61-points) appeared quite differently on the LCD. The reason was nothing to do with the number of points, but the two specific cameras configuration for the initial starting point when using all AF points with AI servo mode. 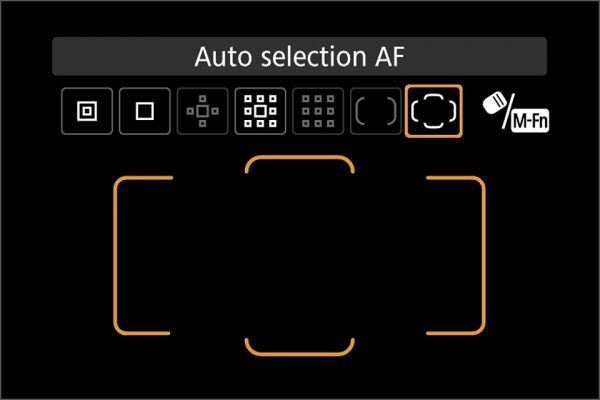 The standard display with the default camera settings, there’s no selectable AF points. 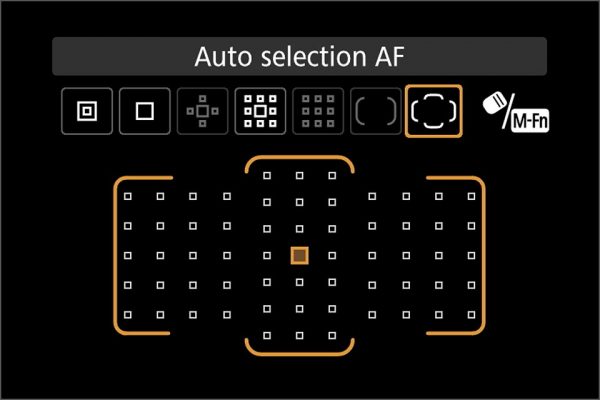 The “alternative” display where it is possible to select one of the AF points.

What changes the AF point displays, and why is it important? 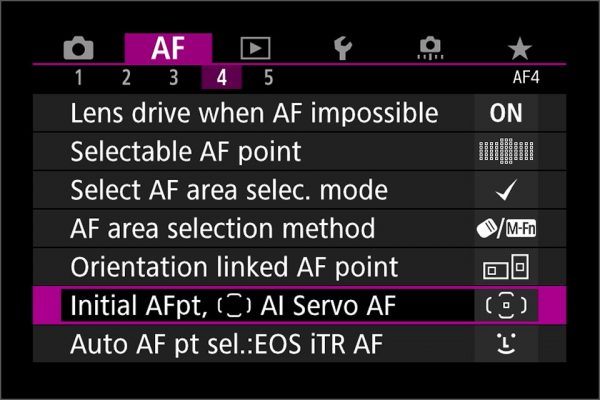 Above is a screen shot from my EOS 5D Mark IV, which shows Initial AFpt,  { } AI Servo AF selected. Normally this would be set to AUTO, but here I have it set to one of the other settings. There are three possible settings; 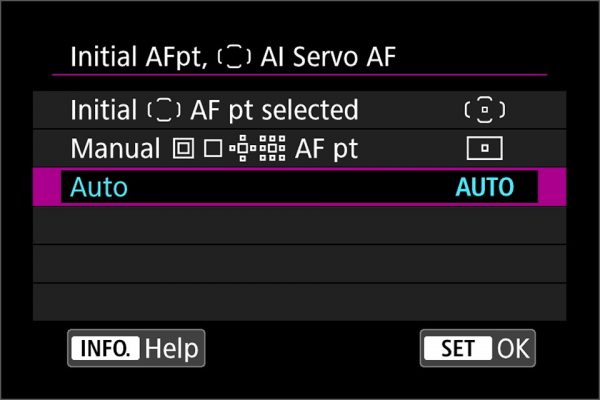 With AUTO selected, you’ll get the display with no selectable AF points. What this means is that the camera is going to look at all the AF points around the frame, and determine which one to start focussing on the subject with. While you shoot a series of pictures if the subject moves to another location in the frame the AF point will move with it, and keep focus tracking the subject. 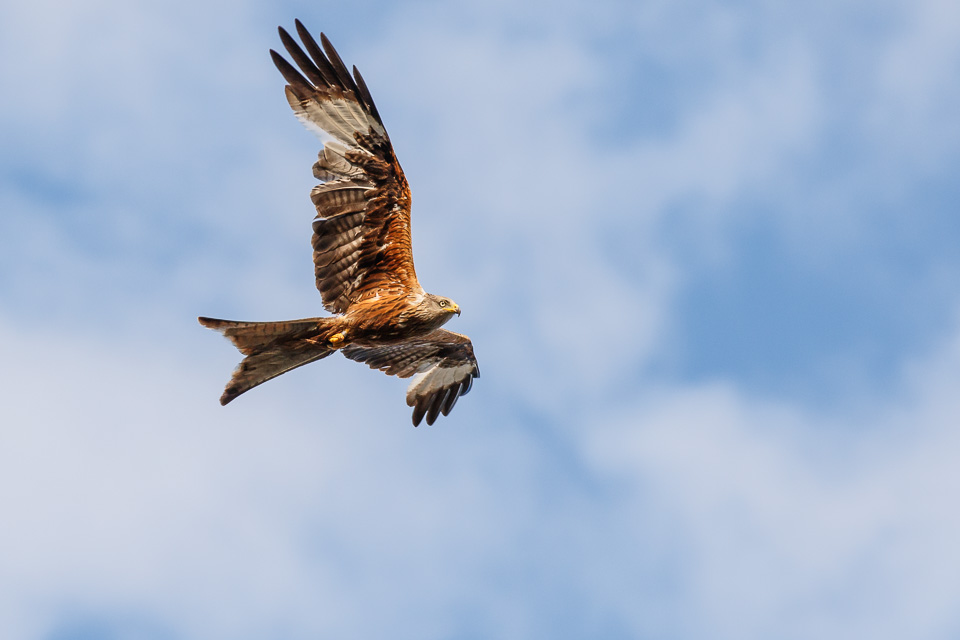 AUTO is a good choice if your subject is clear, and against a plain background. Things that fly, and are photographed with the sky behind them are ideal. Birds, aeroplanes etc. In use you simply aim the camera in the direction of the subject and one of the AF points should find it and start focus tracking it. 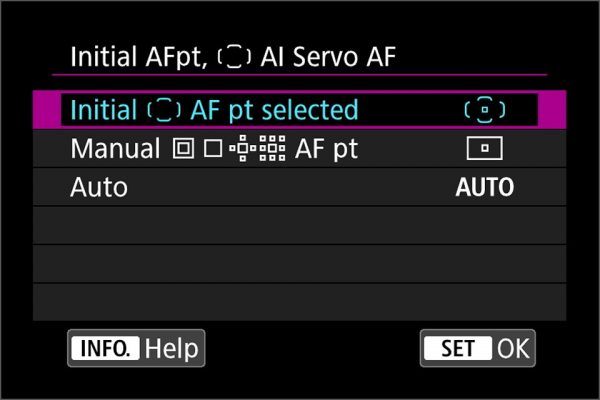 Both of these two options work in the same way and will show the display with a choice of AF points. What this means is that there’s an initial AF point that the camera uses to start focussing with. Once focus has been achieved with that initial point, then the other AF points become active and will be used if the subject moves around the frame.

If you have chosen Initial { } AF pt selected option, you will have a specific location for the initial AF point whenever using 61-point AF mode. 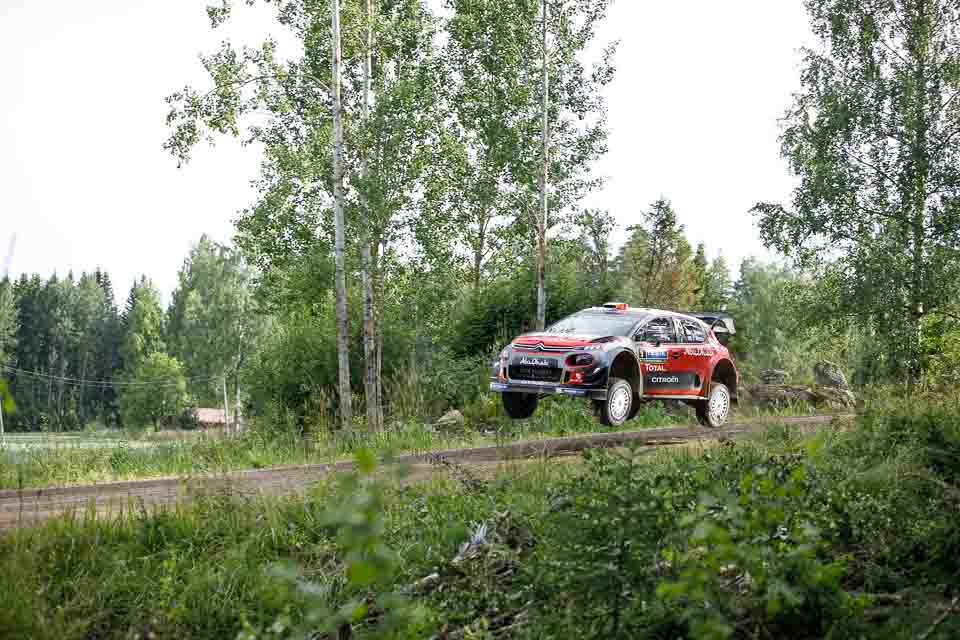 Lets take another example of a subject in amongst a complex background. Here I could set the initial AF point somewhere to the right of the frame where the car is going to appear from the forest. This stops the camera choosing some of the closer to the camera, small trees in the foreground instead of the car. Once the car is in focus, and airborne, the AF will track it as it moves over the AF points, switching AF points as needed.

EOS 5D Mark III, EOS-1D X and EOS-1DX Mark II are almost identical to the EOS 5D Mark IV above. So here’s some of the other cameras.

This camera closely follows the EOS 5D Mark IV. Settings are found in the AF4 menu. 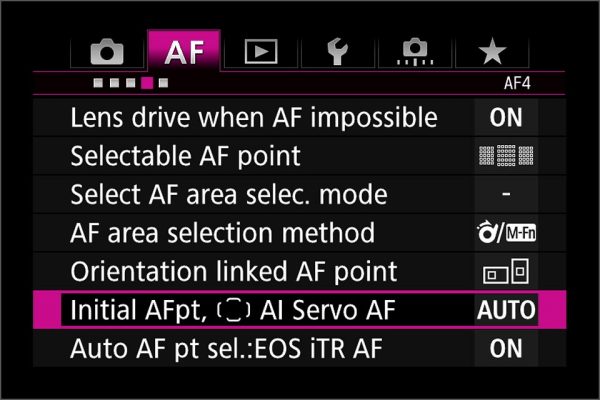 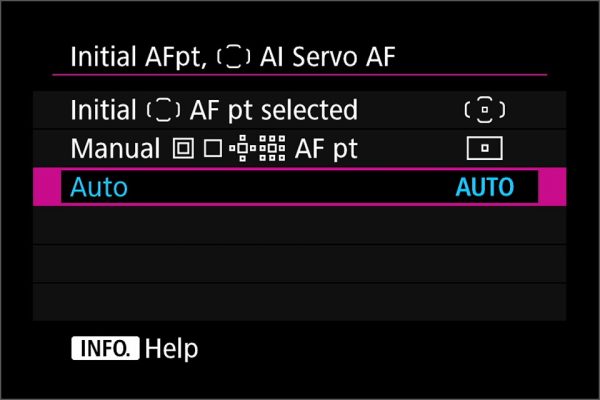 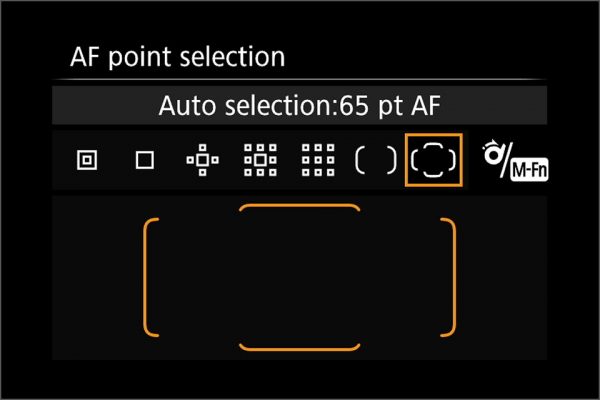 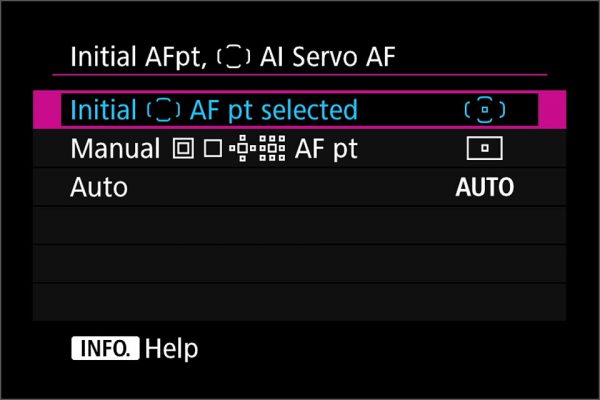 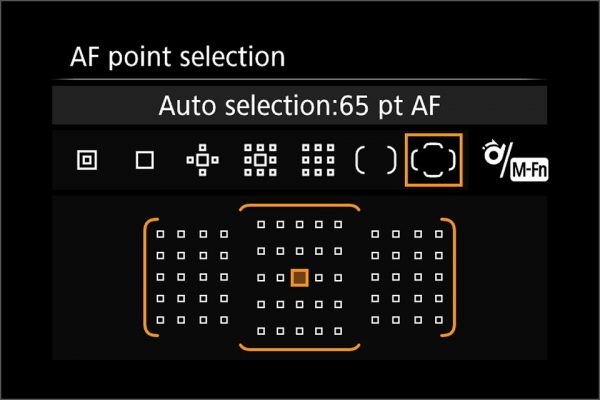 I’ve written a previous post about the extended possibilities of back button AF on the EOS 7D Mark II. This capability is one of several advanced control configurations that allow the AF area to be switched, and that is where the second “manual AF pt” option becomes more powerful. You could be using single point AF to focus on a bird in a tree, then press a button to switch to 65-pt AF with the initial AF point in the same places the single AF point had been.

Starting with the EOS 80D. It’s got a similar set of settings to the EOS 5D Mark IV and EOS 7D Mark II. The way to change the settings is custom functions for this camera. 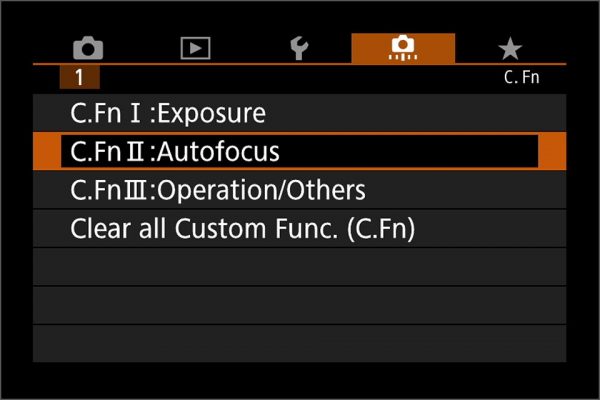 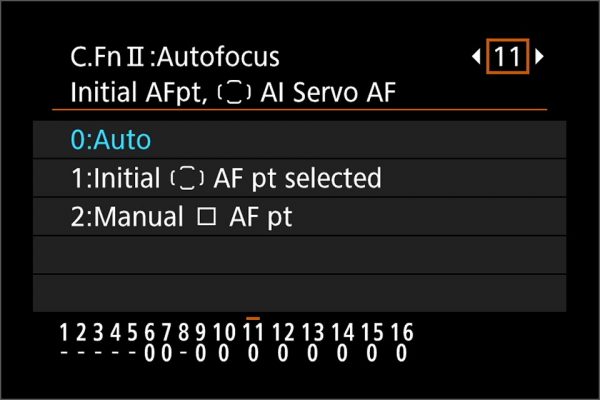 EOS 6D Mark II draws deeply on the EOS 80D, even the custom function number is exactly the same!

Thanks to Canon Singapore, I could download the EOS 90D manual, and found it to also exactly match the EOS 80D with the same custom function number too.

Once you have chosen the desired settings the EOS 80D looks much the same as the EOS 7D Mark II or EOS 5D Mark IV above. 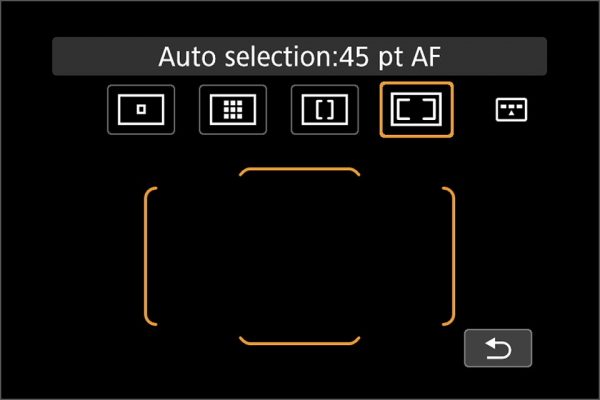 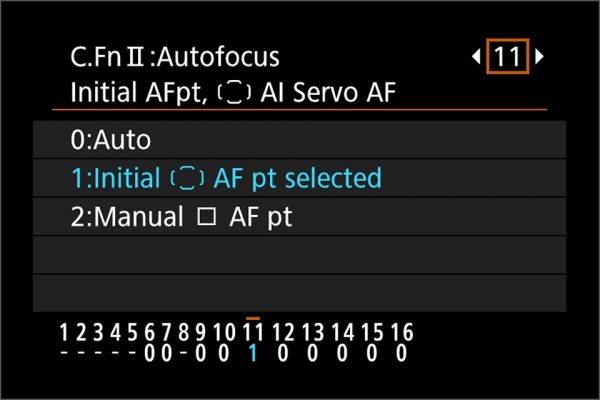 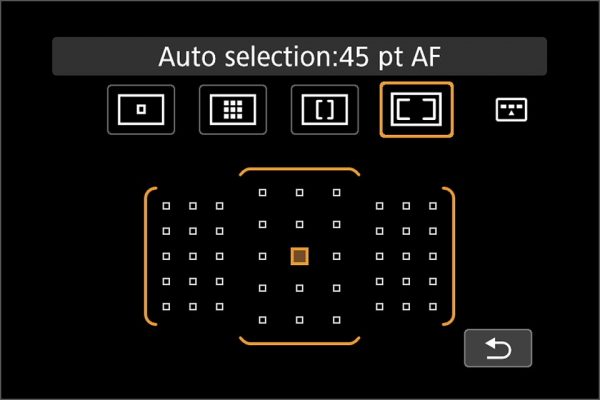 These cameras use the same EOS 80D derived 45-point AF sensor, but don’t have the custom setting to nominate an initial AF point. This means you’l have to let the camera choose the starting point for you.