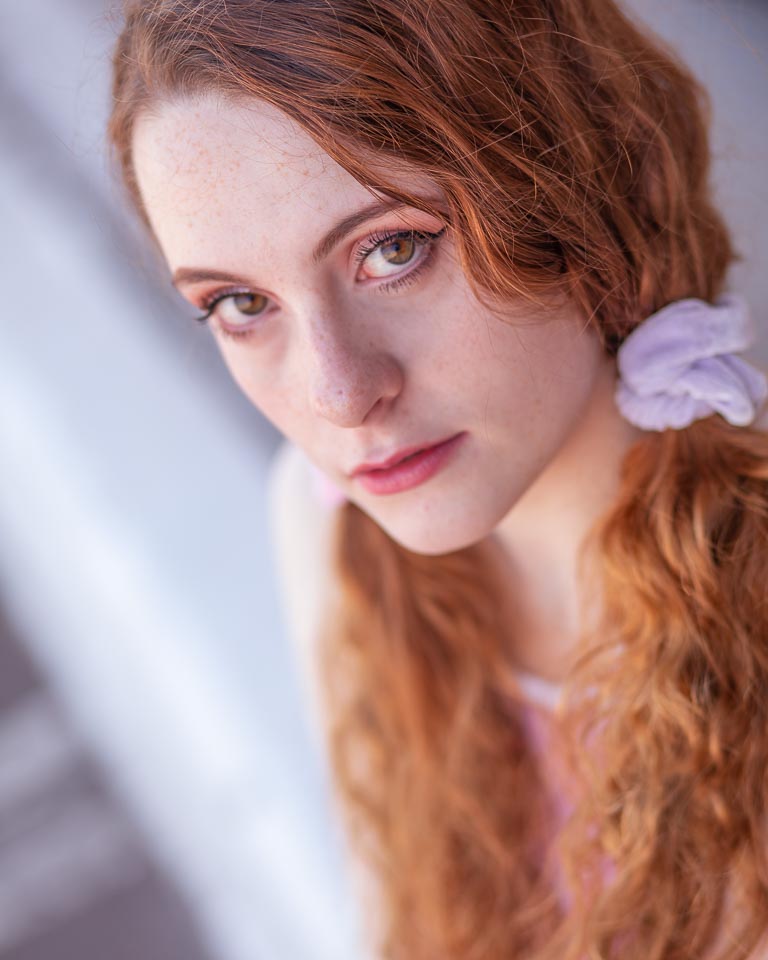 I worked with Chynna to create a range of shots in “found locations”. We spent some time searching for places to shoot on a hot day with relentless bright sunshine, meaning that for much of the shoot we looked for shade. To make the grey cells work a bit differently I had also taken minimal equipment, two cameras and a couple of prime lenses. Indeed this was an available light shoot with no Speedlites, no reflector or diffuser. Our first successful location was a multi-storey car park. Seeking shade from the level above I asked Chynna to pose in a shaded spot that faced a huge expanse of brightly lit light coloured concrete.

We took shots in a few different parts of the car park, though this second picture was on the car park rather than in it. It’s taken on the top open level in full bright sun. I’m using the building that surrounds the top of the stairs and lifts to this level to block the sun shine. Behind Chynna, you can see how bright it is, but with Chynna’s face in the shade it still was possible to shoot and have a softer quality to the light, albeit with a yellow tone from the brightly painted structure. 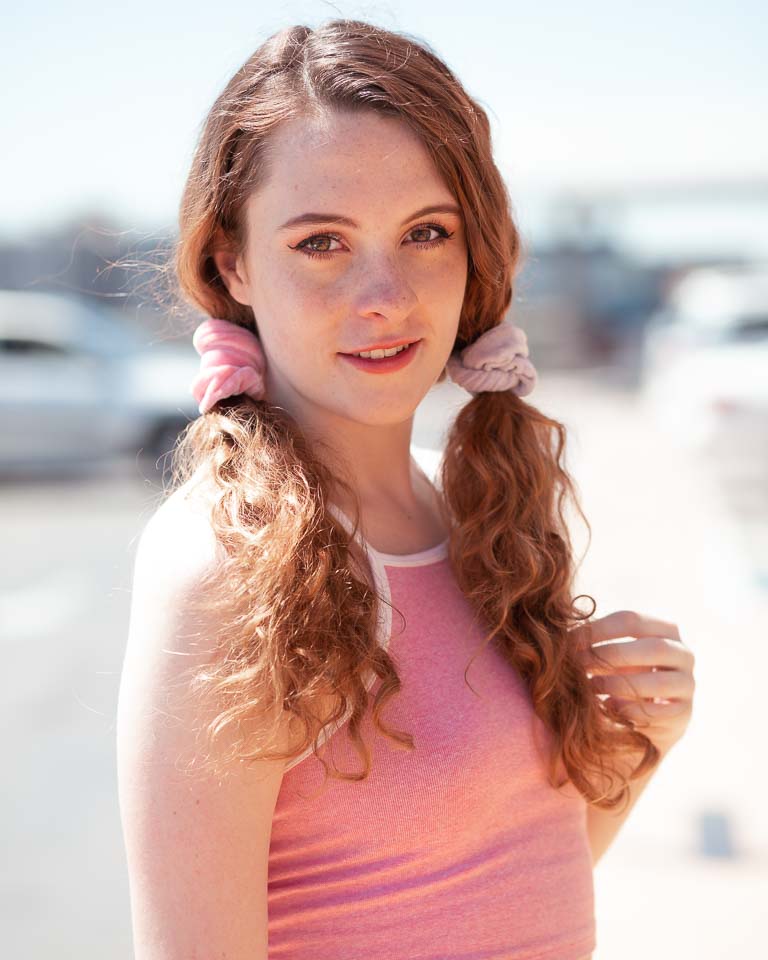 Some further steps, and a change of outfit for Chynna found us in the middle of a huge open plaza space at just after 13:00. So that meant almost the worst possible overhead harsh sunshine. Again the search for shade took us to some rust steel work sculptures which offered the merest shaded space on one side. The rusted steel also matched with Chynna’s hair. Due to the open nature of the structure, there were parts where the sun crept through the steelwork creating bright spots, like the ones on her arm here. 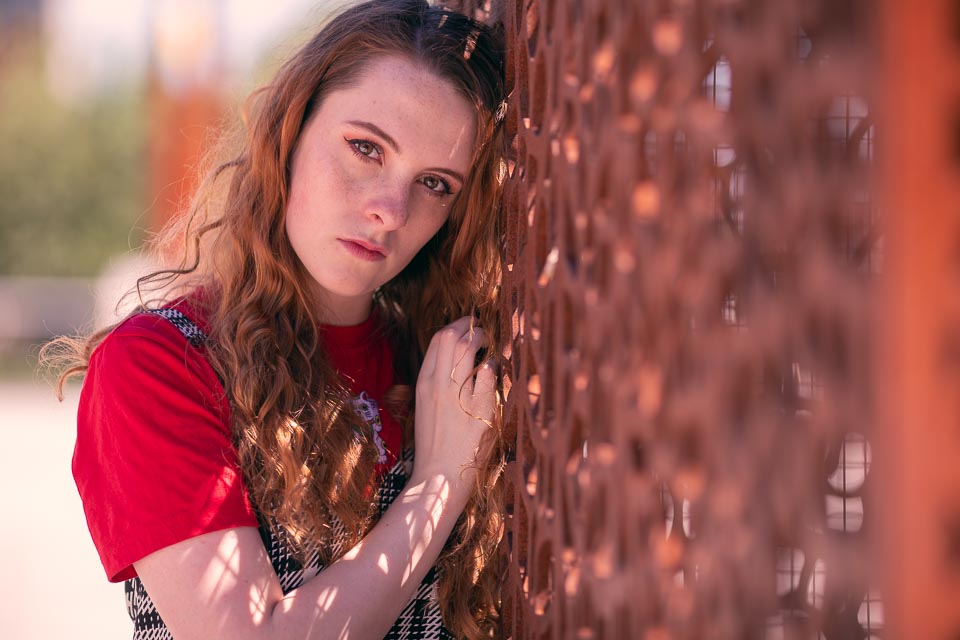 See you tomorrow for another picture… 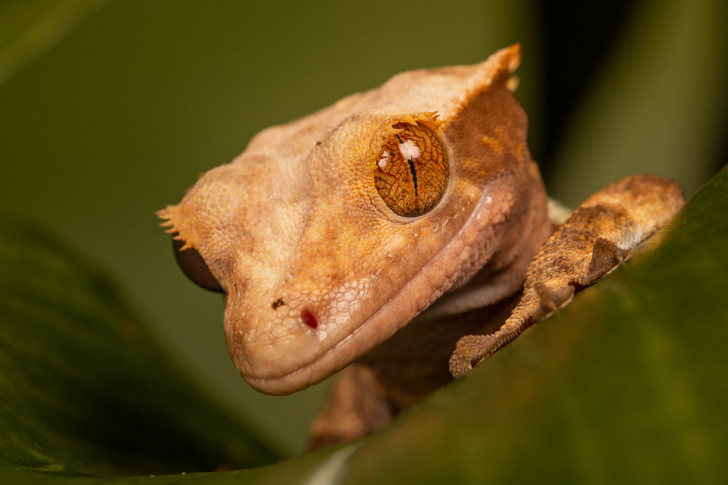 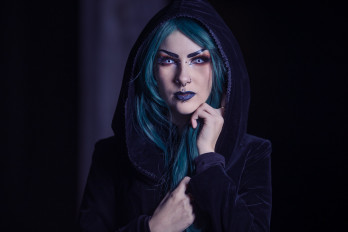 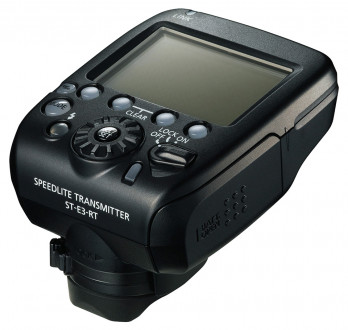