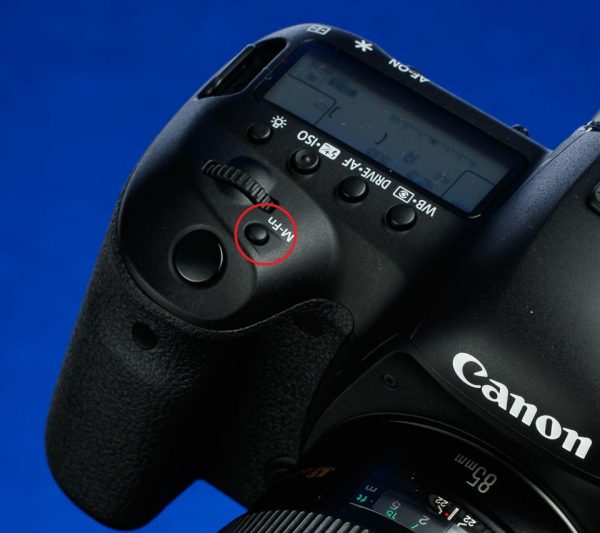 Flash exposure lock (FEL) helps to bring additional consistency to photos lit with E-TTL automatic flash, with the Speedlite on, or off-camera. With FEL, you can meter from a specific part of the frame, as the camera switches from it’s clever evaluative flash metering, to a flash spot meter at the centre of the frame.

Advanced EOS cameras have a button that can be dedicated to the flash exposure lock function, labeled FEL or M-Fn as above, but for the more basic models FEL is combined with the * / AE-Lock button that locks the ambient exposure.

When you press the FEL button, the Speedlite (or multiple Speedlites if using off-camera flash) fires a burst of pre-flash, close to 1/32 power level, and then measures the effect on the subject at the centre of the frame, ignoring the areas around that centre area. I took it upon myself to devise a way to show you exactly this in action. I enlisted my model Ed, he’s a patient, strong silent type of model, who has an uncanny ability to hold position for hours 🙂 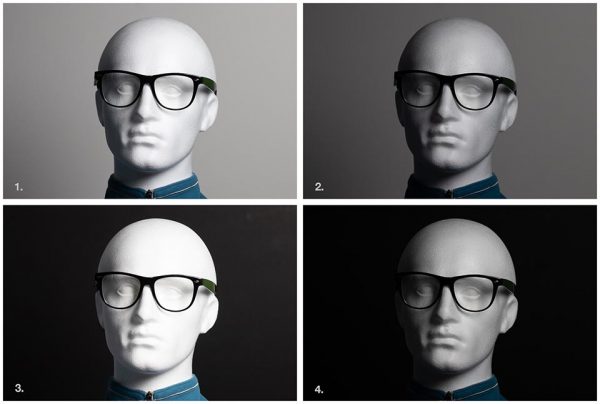 Firstly I placed a silver grey background behind Ed, and took photo 1. above with E-TTL automatic flash. It’s clear that the camera is trying to balance the exposure over the whole frame, since the whole frame, Ed and background, was lit with flash. This lifts the grey background towards mid-grey, but also has the effect of lightening Ed’s “expressive textured face”.

For photo 2. I pressed the flash exposure lock button, which caused the change in flash metering, employing a spot meter at the centre of the frame, right on Ed’s face. Now you get full detail in Ed’s unique textured exterior.

Pausing for a sip of tea, I changes the background to black while Ed held the pose. For photo 3. the camera did it’s E-TTL thing again, trying to add light to a black background, and overexposing Ed in the process. Time for the FEL button again, and the result is photo 4. where Ed is basically the same brightness as photo 2., regardless of the background.

Now before you say photo 4. and photo 2. give a slightly different look to Ed, remember some light will be illuminating Ed as a result of the background, with more light filling the shadows. Ed’s good at many things, but cannot disguise the fact that this was shot in a small space. I’m hoping Santa brings me a bigger studio 🙂

If your camera has custom controls you can choose a button for FEL. I used an EOS 80D for the shots of Ed, and since my ambient exposure mode was manual, then I “re-purposed” the * / AE-lock button as an FEL button.

There’s a second point to note. Sometimes you take photos of people and they always seem to have their eyes closed when the flash goes off. It’s usually because they closed their eyes when the pre-flash fires, but don’t open them again before the main flash a few milliseconds later. You can use the FEL button to fix that… by pressing the FEL button the eyes will close but re-open before you take the shot. Now you’ll get an eyes’s open shot.

Alternatively you could use manual flash exposure, but where’s the fun in that 🙂

#22 – Use the eyepiece cover for long exposures 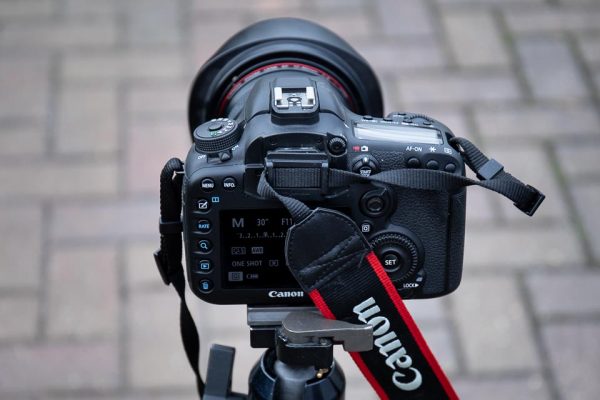 When you shoot long exposures, it’s advisable to cover the eyepiece to prevent light from entering the viewfinder and affecting the image. Canon include an eyepiece cover on the standard straps. To use it, simply remove the regular rubber eyepiece / eyecup and then fit the rubber over that is attached to the camera strap. You’re unlikely to loose it from the strap, unless you remove it before fitting the strap to the camera. 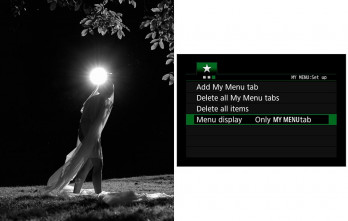 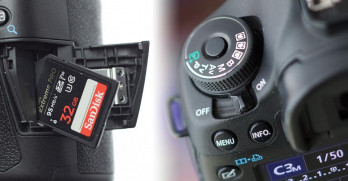 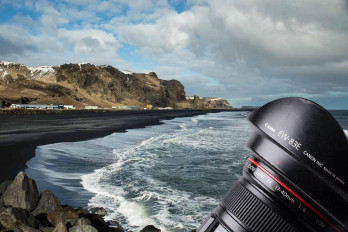