One of the best kept secrets in recent times – the Canon EOS R full-frame mirrorless camera system has been announced. 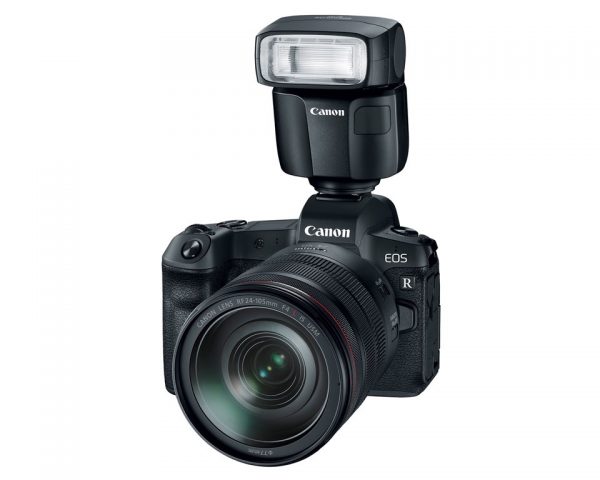 Don’t worry your stock of EF lenses can be used, and there’s a choice of three EF lens to RF mount adapters too. One adapter – the basic one – simply converts the EF lens to fit the RF mount, the second adds the EOS R lens control ring on the mount adapter, the third has a filter slot, so you can put vari-nd filter in there or polarisers and still use ultra-wide lenses for landscapes and video.

London, UK, 5 September 2018 – Canon Europe, world leader in imaging solutions, has today redefined the frontiers of photography and filmmaking with the launch of the pioneering EOS R System. Over thirty years on from the original, era-defining EOS launch, the bold, new EOS R System will once again expand photographic possibilities in countless ways. The new RF lens mount has been engineered with the perfect blend of optical, mechanical and electronic design to capture unique moments in previously impossible ways.

A pioneering lens mount, built from the best of EOS legacy

Since its inception in 1987, the EOS System – including Cinema EOS – has grown into the most recognised imaging system in the world. Today’s introduction takes the EOS platform to new heights, incorporating the best from the existing system, with even greater levels of performance, lens design possibilities and creative flexibility. The new RF mount has been built on the strengths of the existing EF mount and is the result of detailed research by Canon engineers, who have designed an impressive optical system with a flange back distance of 20mm and a wide 54mm diameter lens mount – allowing for even greater freedom when designing lenses. The new mount’s 12-pin connection enables enhanced communication and power transmission between the lens and camera body, further enhancing lens design options, resulting in higher image quality and enhanced usability.

Mr Yuichi Ishizuka, President and CEO, Canon Europe, Middle East & Africa, commented: “When we launched the EOS System 30 years ago, we sent a clear message that the future of photography was here. Now, as one of the most iconic imaging systems in the world, our commitment remains. Canon will continue to invest in the unrivalled EOS world with cameras, lenses and accessories that set new heights in image quality, optical excellence and performance, all while satisfying the ever-evolving needs and demands of its customers.”

Exceptional quality in every detail

Built from the ground up, the new System has been reengineered with invaluable input during the System’s development from professional and enthusiast photographers and filmmakers. The EOS R System with RF mount and Dual Pixel CMOS AF delivers unrivalled optical excellence, the world’s fastest autofocusi and faster communication between camera and lens. Features that are synonymous with EOS – fast performance, superb ergonomics and superior, uncompromising, image quality – remain at the heart of the EOS R System.

Featuring innovative technology for photography and filmmaking alike, the EOS R System allows all users to shoot and film in extremely low light with accurate focusing, thanks to Dual Pixel CMOS AF. Small and discreet, the EOS R System gives flexibility, plus the advantage of silent shooting. It also offers the highest standard of movie output from any Canon EOS System camera, outside of the Cinema EOS range, enabling filmmakers to take their storytelling to the next level in 4K with output in 10-bit over HDMI. The whole system has refined handling and enhanced ergonomics, including an electronic viewfinder and extensive customisation, allowing the user to the focus on the subject rather than the camera.

A system designed with lenses at its core

The EOS R System inherits all the existing system advantages, importantly full compatibility with existing EF and EF-S lenses and accessoriesii, when using one of three newly-developed lens adapters, expanding the boundaries of image capture. Canon has today also launched four new lenses, compatible with the EOS R System – the RF 28-70mm f/2L USM, RF 50mm f/1.2L USM, RF 24-105mm f/4L IS USM and RF 35mm f/1.8 MACRO IS STM. Building on Canon’s lens heritage, these high-performance lenses will push forward the frontiers of creative capture thanks to the new cutting-edge optics and advanced image processing for both stills and video. Additionally, users of existing Canon EOS full frame or APS-C DSLR cameras can enjoy the EOS R System with their existing EF and EF-S lenses thanks to the adapters, while retaining the same performance as when used on a DSLR, as well as access to EOS accessories and Speedlite flashes.

Adding to the full frame family

Adding to the EOS full frame line-up, Canon has today unveiled the first camera body to carry the EOS R name and RF lens mount – setting the new standard for the camera of tomorrow. With the world’s fastest autofocusiii, it is also the world’s first camera with the ability to focus in light conditions as low as -6EViv and totally silent shooting, providing stunning quality results every time. The EOS R redefines photo and video performance with unrivalled image quality, state-of-the art connectivity, refined ergonomics and responsive handling.

ii Compatible with all lenses, except the Canon EF 35-80mm Power Zoom lens

iv Among all the interchangeable lens digital cameras incorporating the 35mm full frame equivalent image sensor with phase-difference detection AF on the image plane. As of September 4th, 2018 (researched by Canon). According to the Canon standard. (During still photo shooting, f/1.2, Center AF point, One-Shot AF, at 23°C/73°F, ISO100