Soft and hard light at the same time

The combination of soft and hard light creates pictures with a distinctive look, and they need very little retouching too.

Mixing a main light with a fill light is a common technique, but I’ve been battling with trying to understand how best to use the deep grid for my tiny Lastolite EzyBox Speed-Lite 2. Each time I’ve used it in the past I’ve been a little unhappy with the resulting shadows being quite hard. Then it dawned on me that I needed to mix in some soft fill to reduce the shadows.  So that’s what I did.

Trying to create the shadow fill, I positioned the 22cm square Ezybox right in the middle of the much larger Lastolite Ezybox Pro Octa medium that I have. I set my flashes so that each light was in a different group, and started to work out how much lower I would need the soft fill to be working at. After not too many shots, I’d arrived at a 3-stop difference. This gave enough fill, but not over power the directional carving light of the main gridded Ezybox Speed-Lite 2.

You can see the setup and placement of the lights in the shot below. Given I love my Speedlites I’m using them, but you can do this kind of light with any lights where you have a small gridded directional modifier and a larger soft one. The octagonal softbox I used, could be replaced with an square one or even a white umbrella. The key is to get the power low enough from it. 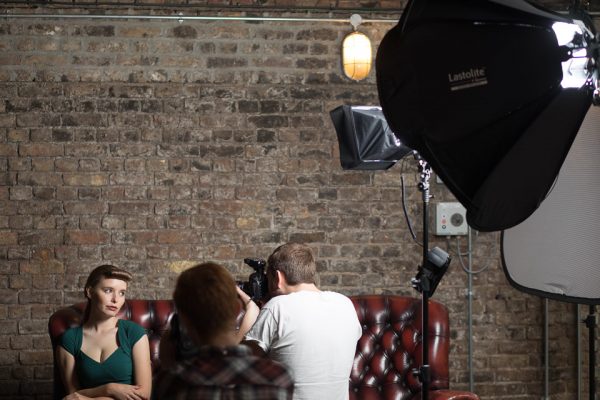 My initial trials with Emma modelling were pretty successful, creating a nice vintage feel to the shot. I like the lighter look on the face, and the subtly filled shadows. It was also aided with a third light behind Emma to add the highlight to her hair through some smoke. 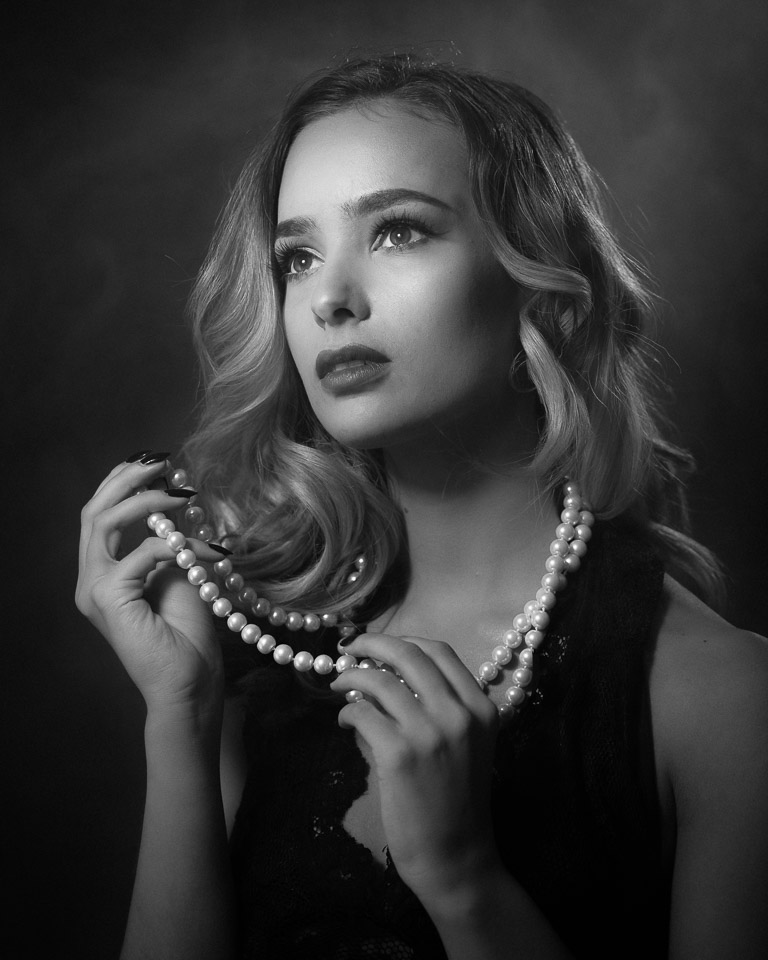 Once the smoke cleared, Emma changed outfits and we tried to see if the same setup worked equally well on a brighter background. I think it does 🙂 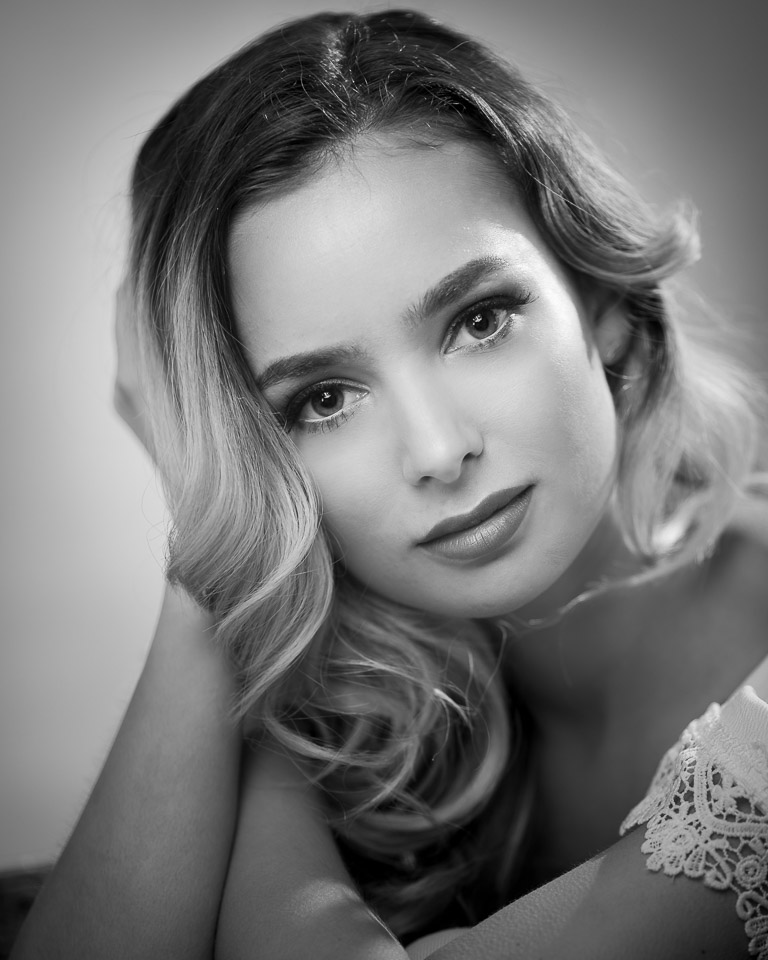 After the initial success with the combination I decided to give it a try during the last week of Canon UK CPS Experience events in London. Model for these was the fabulous Jade Lyon, who absolutely nailed the elegant vintage look. I’m really fortunate to work with such fabulous creative folks. 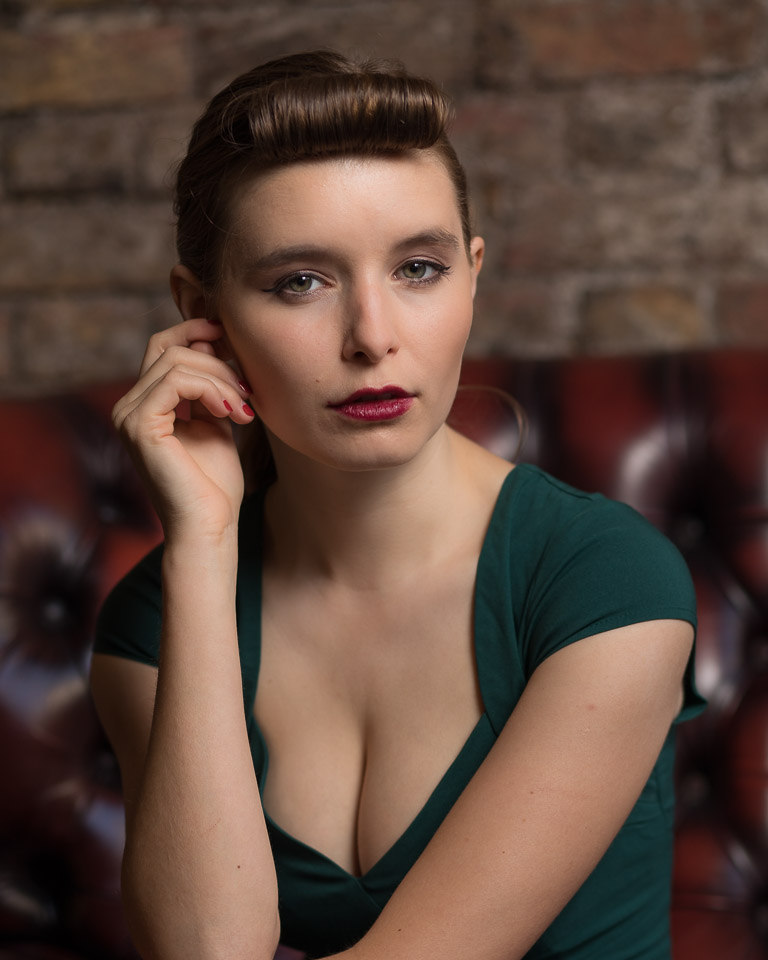 What I soon realised is that you need to make sure your models know how the effect looks, and the potentially limited area they can move their face around before they move out of the spotlight beam that comes from the deeply gridded small softbox. Shooting tethered so your model can see the pictures as you work definitely helps. Jade was almost always in the right spot after a few initial shots. 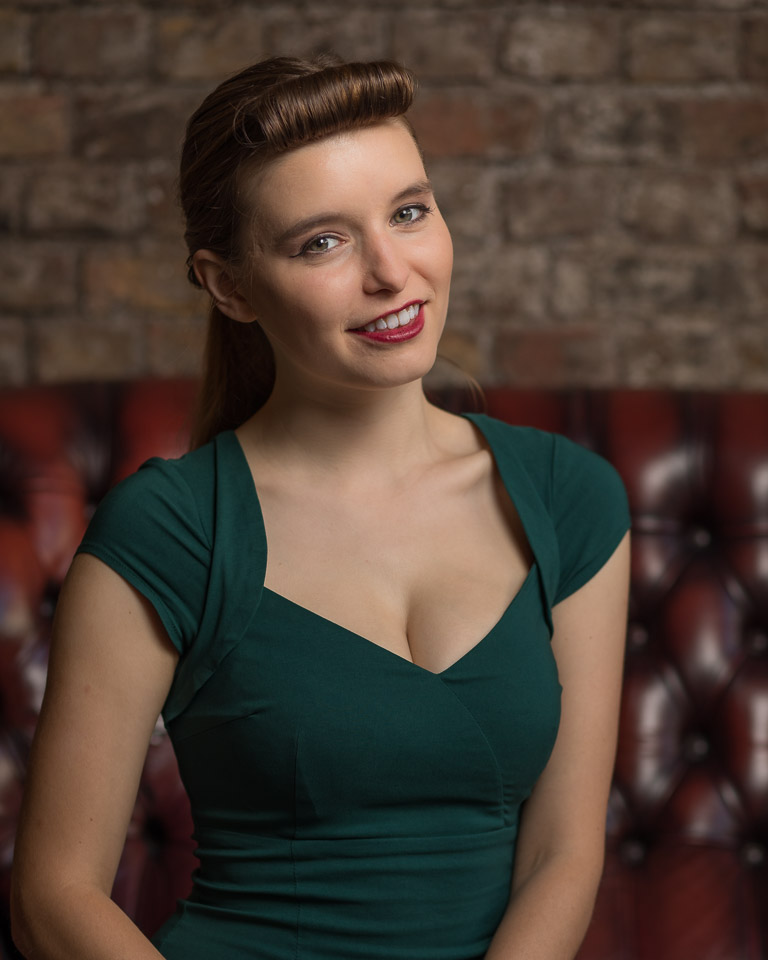 I used Speedlite’s and found that you do have a few different choices on how you control the lights. For sure you need to separate the soft and hard lights in different groups. I mostly used group mode with the Canon radio flash system set to E-TTL. Setting the hard light to be straight automatic flashI set the soft fill light to -3 stops using the compensation. I also dialled in a little overall exposure compensation, usually around -1 stop. This worked just fine, but you could equally have used manual mode for each group too. During the CPS event, one attendee had an older EOS 5D Mark II and this doesn’t work with group mode. So I tried to use the E-TTL with ratio that does work, and it give pretty much the same result by setting the ratio to 8:1, effectively the hard light being 3-stops over the fill.

A big thank you to both Emma and Jade for being absolutely brilliant to work with.

One Response to Soft and hard light at the same time