Learn to use your Speedlite flash

This week I’ve delivered another beginners Speedlite workshop at Canon’s UK head office in Reigate. I had a great group of attendees who had joined to learn more about flash photography.

This weeks class was pretty standard for this beginners workshop, a mix of Speedlites – mostly 430EX and 600EX – and cameras from the EOS 600D to EOS 5D Mark III. Like others in the past, this weeks group were baffled by flash photography and wanted to discover how to take more control, particularly of fill-in flash.

These workshops are a mix of presentation and practical activities. I thought I’d share a couple of pictures from the workshop’s practical session to give you an idea of how I approach some common situations with flash photos. 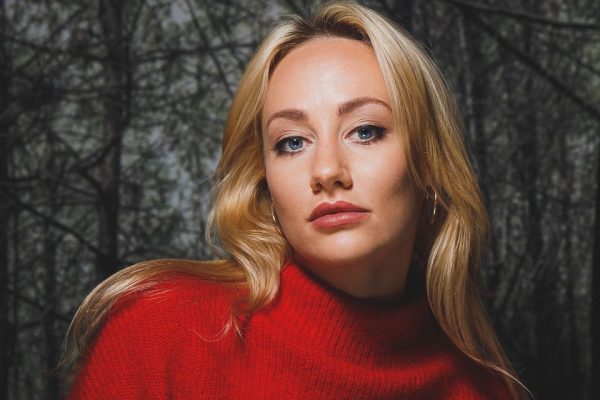 This first picture was taken indoors with a Lastolite perspective background behind the model. This is an automatic E-TTL flash photo. However the first step before turning on the flash was to eliminate most of the light in the room with a combination of shutter speed, ISO and aperture. Model for this workshop was the stunning Rosie Xanthe.

A quick test shot, with the flash switched off revealed that the room was now dark to the camera. This meant that all the light in the picture would be from the flash. I used a Speedlite in a softbox above Rosie’s head, and slightly to the left side of the frame. For some fill light I asked one of the people to hold a reflector just out of the bottom of the frame. The result is the picture above.

Off-camera flash on a beginners workshop?

You might be thinking, that off-camera flash is a heck of a jump for a beginner course. In reality we also tried a few shots with on-camera flash – not very flattering – and some bounce flash too. Obviously off-camera flash – even with one light – is going to make nicer pictures, and with E-TTL control, it’s just as easy as on-camera flash. I help everyone setup their cameras and or flashes as masters and sacrifice / use my own flashes in the softbox.

Since the location has a large open staircase, with windows letting in plenty of natural light I decided to mix some ambient light and flash in a picture. 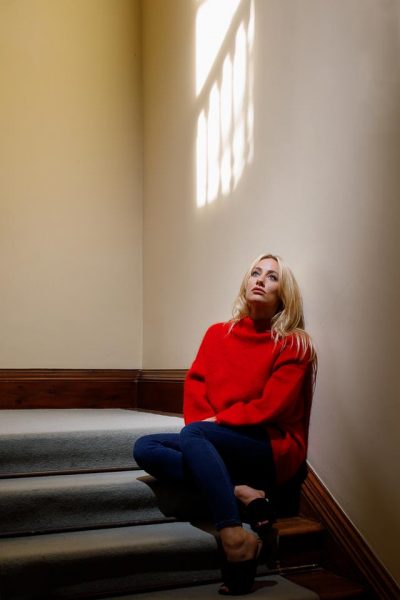 I set up a Speedlite way above Rosie, and zoomed the flash head to 105mm to reduce the spread of light, and a Honl grid to further control the spill. Aiming the light was key, it needed to light Rosie’s face and that meant she needed to look towards the light too.

I kept the camera in manual, but you could use aperture priority, maybe with some exposure compensation. Settings were 1/200s, f/5.6 and ISO 400. This made sure the pattern of light on the wall would not blow out, and also ensured the Speedlite didn’t have to work too hard. The flash was still set to E-TTL automatic exposure.

After a brief tea break, we took advantage of the bright sunshine outside of the building to try fill-in flash and high speed sync. Some people used aperture priority, some stayed with manual. The Speedlites were kept in automatic E-TTL mode. 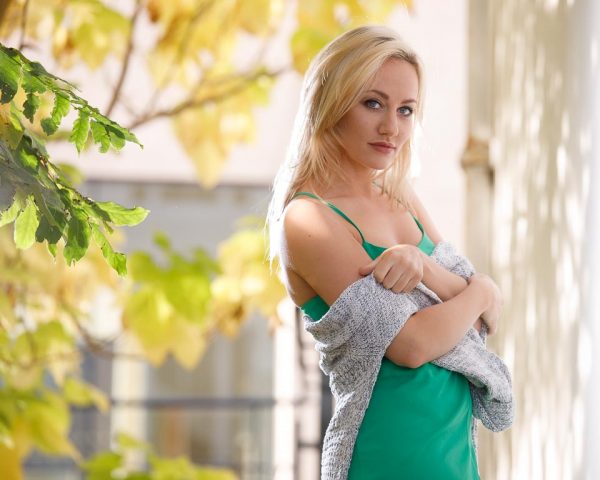 I did put a fair few Speedlites together, this speeds up recycle times, and gives a bit more power. Right at the end of the afternoon I saw the sun coming through the trees on the side of the office building. All that dappled light looked great on the wall. I placed the flash, behind Rosie on the camera left. I wanted a rim light, but also the flash would bounce off the side of the building so it could be used to light Rosie too.

For this last picture, I did us manual flash, not E-TTL. Having a flash aimed back towards the camera is likely to confuse the heck out of the automatic metering so manual was chosen for this shot. Sometimes on the beginners workshop we don’t even get to manual flash.

Join me for a flash workshop

These beginners flash workshops are delivered by me for EOS Training Academy. Usually these are at Canon UK in Reigate, or EOS Magazine in Oxfordshire. Some additional new locations next year too.

Please do check out the EOS Training Academy website for details of upcoming workshops, I have at least one more beginners flash workshop this year and an advanced level workshop, if you have already completed the beginners workshop or have a good amount of basic flash knowledge. There will be more courses next year too, so do keep an eye on my workshop calendar too.