For the past 100 years Gitzo has been a pioneer in producing the finest camera accessories and supports using the simplest, most straightforward and elegant solutions available.

Striving for perfection from the very beginning, Gitzo’s carefully crafted products are superbly engineered using some of the most advanced and revolutionary technologies in the market.

Recognised by professionals over the world as setting the standard for excellence, Gitzo innovations include the first use of carbon and basalt fibre to make tripods and magnesium to make heads. This quest for innovation and perfection matched with unrivalled enthuisam, philosophy and traditions puts Gitzo products in a class of their own. 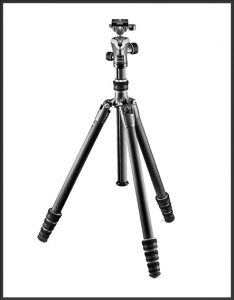 To celebrate 100 years of innovation, Gitzo will give any customers who purchase a Systematic tripod a bespoke, lithographically printed, limited edition book commissioned by Colin Prior.

Gitzo’s strongest and most stable tripods, the Systematic range is also modular – with a top casting element that opens and closes to allow each tripod to be configured with a flat disk, geared or sliding centre colum, levelling base or other Systematic accessoires. The Systematic tripods feature Carbon eXact tubes, ultra stable feet for a solid footing and maximum stability on any surface, and the Easy Link attachment for attaching various accessories.

Colin Prior is one of the world’s most respected landscape photographers. His photographs capture sublime moments of light and land. He has travelled to over forty countries throughout the world to meticulously capture visionary landscape photography. Colin has used Gitzo products for years in his work, and as such is a Gitzo ambassador working closely with the brand.

“During the past 30 years, I have worked exclusively with Gitzo tripods and was an early covert to the Mountaineer range of carbon-fibre tripods when they were first introduced. Image sharpness has as much to do with camera shake as it has with lens design and the stability offered by the Gitzo range of tripods eradicates this concern. The updated Systematic range sets new ground in terms of strength and stability and are my go to tripod for any shoot.”
Hosted by Gitzo, Colin will be working with Gitzo to launch the 100 years celebration by holding an exclusive talk at The Photography Show on the 19th March speaking about his current project ‘The Living Mountain’.

The exclusive photobook offer will be available from the 18th March, starting at The Photography Show at the NEC in Birmingham and will run until the end of the year.