Late in the summer of 1987 I noticed a lot of promotion in my local camera store for Canon’s new EOS system. At the time I was a 20-year old student at the university in Coventry and took photos with a Yashica FX-103 Program film SLR. 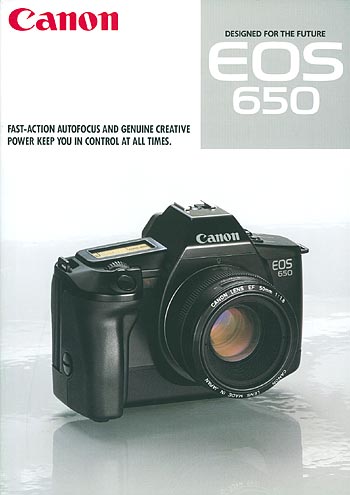 DESIGNED FOR THE FUTURE

Fast forward 30 years and Canon is preparing to celebrate the 30th birthday of the EOS system. A lot has changed in 30 years, and I’m more than happy to have been part of the EOS camera system for 30 years too; both as an individual photographer and involved with the EOS DSLRs inside the company.

I don’t have that first EOS 650 I once owned, it was traded for an EOS 600 for it’s better and faster AF. The EOS 600 made way for an EOS 5 with eye-control AF and that was the end of my film EOS history. I sold the EOS 5 after around 8 years for almost the same as I’d paid for it, that rarely happens with digital! Since then I’ve been fortunate to have used just about every EOS DSLR camera ever made.

As I’ve said to many photographers, and on the blog I’m still using my EF 85mm f/1.8 USM lens that I bought to use with the EOS 5 film camera, and it still works fantastically on the current crop of EOS 5D cameras too. 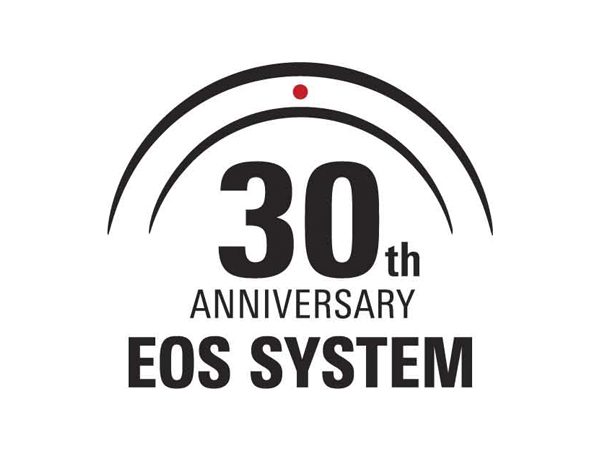 TOKYO, January 5, 2017—Canon Inc. will celebrate in March the 30th anniversary of the launch of the Company’s EOS System, which includes EOS-series interchangeable-lens cameras and a diverse range of system accessories, beginning with interchangeable EF lenses.

Canon’s EOS System made its debut in March 1987 with the launch of the EOS 650 single-lens reflex (SLR) camera and EF lenses.* An acronym of “Electro Optical System” while also carrying the name of the Greek goddess of the dawn, the EOS series saw first light in 1987 as the world’s first fully electronic mount system, representing a new generation of AF SLR cameras.

With all the digital camera key devices—the CMOS sensor, image processor and interchangeable lenses—utilized by the EOS System developed in-house, a strong product lineup began to take shape as the basic performance of each product steadily increased. Playing to this strength, Canon released the first entry-level DSLR in September 2003, the EOS Kiss Digital (EOS Digital Rebel or EOS 300D in other regions), ushering in a new digital era. With the Kiss Digital highly praised for its compact, lightweight design, user-friendliness and competitive price, Canon seized an overwhelming portion of the interchangeable-lens camera market that year, taking the No.1 share, which it has held for 13 consecutive years through 2015. What’s more, thanks to long-term support from customers, in November 2015, cumulative production of EOS-series cameras reached 80 million units, and in August 2016, the total number of EF lenses produced surpassed the 120 million-unit mark.

Since its debut in 1987, the EOS System has consistently aimed to expand the boundaries of photographic expression, and with Canon’s optical technology at its core, the Company continues to refine its imaging technology and strengthen and expand the EOS System. In 2008, the Company released the EOS 5D Mark II, the world’s first digital SLR camera equipped with a Full HD video function, facilitating the widespread adoption of digital SLR cameras as a tool for capturing video, and in 2012, that video technology was transformed for the B-to-B sphere in the form of the Cinema EOS System, introduced to the world in Hollywood, California. Now, the EOS System, including the Cinema EOS System, comprises 24 models** with a selection of 97 EF lens models.*** With this rich product lineup, the EOS System meets the various needs of different users.

Canon will continue to refine its diverse imaging technologies based on its core optical technology, combining still-image, video and network capabilities to expand and create an even stronger EOS System that meets the needs of increasingly diverse users to promote the spread of photo and video culture. What’s more, thanks to advances in imaging technology, Canon is opening up new expressive avenues, where texture, three-dimensionality and a sense of realism can be recreated in both still images and videos, to support appealing imaging experiences.

*** Includes two EF lens extenders and two models not available in Japan. As of December 28, 2016