Canon has announced the EOS-1D X Mark II a 20.2MP professional DSLR capable of shooting at up to 16fps and with the ability to record 4K movies 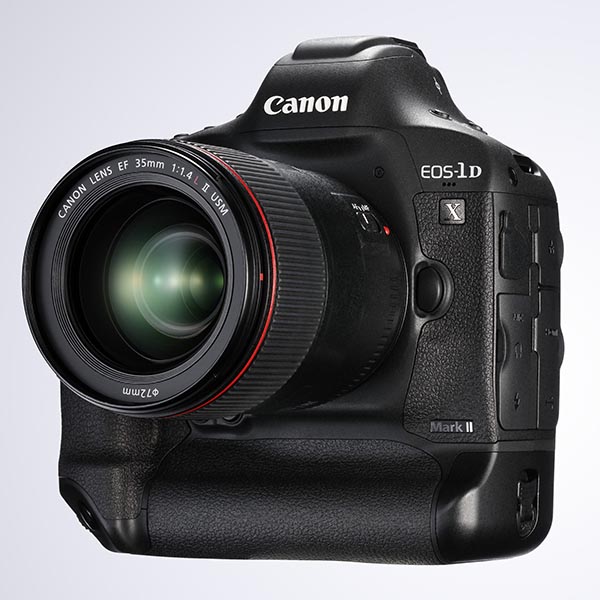 The EOS-1D X Mark II has been the subject of intense internet speculation for months and now it finally breaks cover. With 2016 being an Olympic year I am a little surprised it’s been left until this late, past form suggests that EOS-1D cameras have been launched or announced just before the end of the year prior to the Olympics.

From the specifications it looks to contain most of the capabilities that professional news, sports and wildlife photographers will want. I hope to get a chance to have a look at the camera soon to find out how much is changed compared to the old one.

London, UK, 2 February 2016 – Canon today premiers the highly anticipated EOS-1D X Mark II, its new flagship DSLR engineered to put the ultimate combination of image quality, resolution and speed in the palm of your hand. Crafted to give photographers a competitive edge from the second they shoot, the EOS-1D X Mark II establishes a new benchmark for speed – shooting 14 frames per second (fps) with full AF/AE tracking and 16 fps in Live View mode – ideal for capturing high-speed subjects, whether in the wild, or at world-class sporting events. 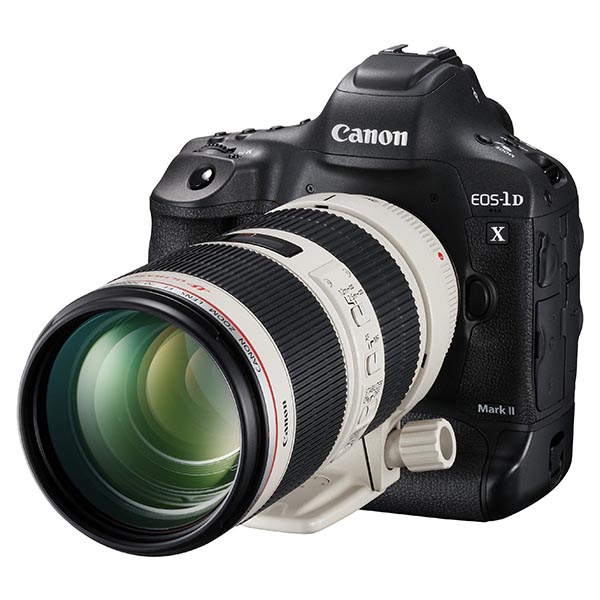 Developed using feedback from the worldwide community of EOS-1D X photographers, the EOS-1D X Mark II features a new 20.2 MP full frame CMOS sensor and new Al Servo AF III+, as well as 4K video capture up to 60p. This blend of power and performance makes the camera an essential companion for virtually all professional specialisms.

Boasting a wide and versatile ISO range – an incredible 100 to 51200, expandable from 50 up to 409600 – the EOS-1D X Mark II excels in all lighting environments, from the brightest through to near darkness.

Ensuring each shot is captured with unrivalled precision, the camera features an improved 61-point AF system with 41 cross-type AF points, which covers an expanded area and focuses under low light up to -3EV. For the first time, when shooting with selected extenders and telephoto lenses, the new AF system also offers f/8 AF support with all 61 points, giving you the freedom to choose the focus point. Alongside Canon’s popular pro AF technologies – EOS iTR and AF Case settings – the EOS-1D X Mark II also includes new AI Servo AF III+ that improves the tracking sensitivity in scenes where subject movements may occur suddenly, such as animals moving quickly through the wild. 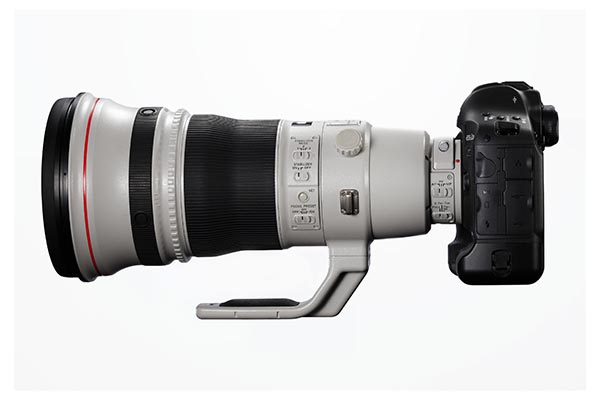 Breaking the boundaries of high speed shooting, the EOS-1D X Mark II is able to shoot 14 frames per second with full AF/AE tracking and in RAW, equipping you to capture the exact moment of a sporting event, or an animal catching its prey. For those needing even more, up to 16fps can be shot in Live View mode without AF. With the new CFast 2.0™ card capability, the camera can deliver a burst of unlimited JPEGs or 170 RAW images in continuous high speed shooting.

The EOS-1D X Mark II is the most responsive EOS DSLR to date, thanks in part to the new Dual “DIGIC 6+” processors providing high-speed processing of the vast image data captured by the sensor. The refined mirror construction utilises a new drive mechanism to empower high speed shooting, with minimal mirror vibration or noise.

Canon’s heritage in 4K movies culminates in the EOS-1D X Mark II, giving film-makers the option of shooting 4K (4096 x 2160) in a variety of frame rates up to 60fps to the CFast 2.0™ card. It also enables Full HD (1920 x 1080p) movie shooting at an incredible 120fps, ideal for slow motion scenes. Decisive moments from a 60fps 4K scene can be extracted as a high resolution 8.8MP still, giving you even more control over the exact moment of capture.

Film-makers can enjoy fast and smooth AF in 4K and Full HD shooting thanks to Canon’s Dual Pixel CMOS AF technology and Movie Servo AF, while the touch panel LCD enables you to quickly select AF points when shooting movies.

Professionals have the tools they need to manage their images, ensuring they can easily be transferred to news agencies or outlets in a matter of seconds. Built-in GPS records shooting locations in EXIF data, helping pros keep an accurate record of their shoots. Both Ethernet wired LAN and SuperSpeed USB 3.0 give you the choice of how images are shared – via FTP or direct to computers. Additionally, the new WFT-E8 wireless file transmitter¹ also supports the high-speed standard 802.11ac (5 GHz band).

Epitomising EOS design heritage, the EOS-1D X Mark II features an improved grip and controls, offering enhanced operability that feels natural in the hand, and weather proofing makes it resilient against the elements, ideal for outdoor shoots. The Intelligent Viewfinder II provides approximately 100% field of view, with an electronic overlay of shooting information meaning you never have to move your eye away from the viewfinder.