The EOS 5DS is here and it brings a whole new level of pixels to the party, steamrollering through the 30, 40 and 50 megapixel levels.

To be honest when the rumours of this much resolution started I was sceptical, but here they are – two 50.6MP EOS DSLR twins. The EOS 5DS R removes the effect of a low pass filter – normally used to reduce moiré and false colour artefacts – to give enhanced sharpness.

Fifty million pixels  – let that sink in a bit, it changes the way you need to think about making pictures.

I’ve seen evidence that as resolution has increased from 4MP to 10MP photographers were seeing the need to shoot faster shutter speeds to keep critical sharpness in their photos. With 50.6MP these new cameras have necessitated new tech to deliver on their spec.

Mirror vibration control system – Canon has a new system using cams to drive the mirror up and down softly in a controlled manner. This cuts the vibrations inside the camera that would reduce sharpness. As a bonus it makes the shutter sound softer too.

A new Picture Style has been introduced for these cameras too – Fine Detail Picture Style to maximise the detail that can be captured. This style also offers control over three sharpening parameters (guessing that’s: amount, radius, threshold) to be applied to in-camera JPEGs. Not that I think many photographers will be delivering JPEG images straight from the camera.

Is 50MP really that big a step? 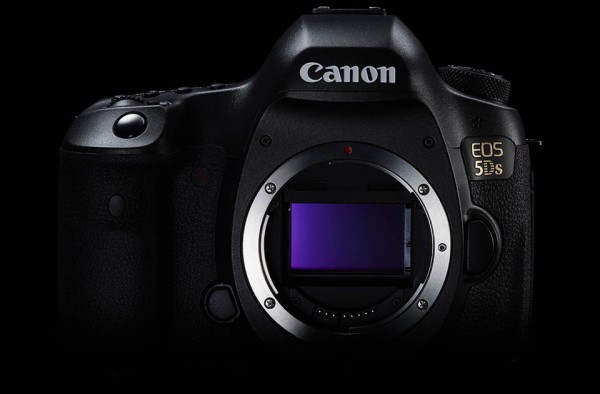 The EOS 5DS is the first Canon EOS to offer choice of cropped mode when taking pictures, APS-H (1.3x) and APS-C (1.6x) sized crops are available with 30.5MP and 19.6MP respectively. While 50MP is attention grabbing, it’s like having the pixel size of a 19.6MP APS-C sensor – we’ve had these for years – on a bigger bit of silicon. 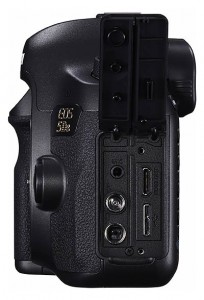 Connections on the EOS 5DS

The EOS 5DS will shoot at up to five frames per second, and that needs twin DIGIC 6 processors to keep up, you better go and buy some large memory cards if you plan on getting one of these cameras. The camera supports UDMA 7 CF cards and UHS-1 SD cards (at last!). Since I expect a lot of photographers will be using these cameras in a tethered workflow it’s good to see a USB 3 high-speed connection fitted as standard – I’d expect the RAW files to be at least 50MB in size.

The other obvious evolution is the focussing and metering systems. The camera appears to use the existing EOS 5D Mark III AF module with 61-points, and couples it with a 150K pixel RGB + IR sensor to enhance the tracking using the iTR system found on the EOS-1D X and EOS 7D Mark II.

The exposure metering system comprises 252 segments boosted from the EOS 5D Mark III’s 63-zone system so expect some differences in metering between the two cameras.

My initial look at the pictures of the EOS 5DS makes me confident that it will operate very much like the EOS 5D Mark III, controls on the body appear familiar in labelling and placement. Only time will tell if the pictures are telling the whole story.

London, UK, 6 February 2015 – Canon today transforms the EOS system with the arrival of the EOS 5DS and the EOS 5DS R – a new breed of ultra-high resolution full-frame DSLRs. Breaking the boundaries of 35mm sensors, the new cameras offer the highest megapixels ever seen in a full frame sensor, an astonishing 50.6 MP. Delivering unparalleled quality, the cameras provide an exceptional combination of resolution, responsiveness and durability, whether shooting landscapes, architecture, high fashion or portraiture, either personally or professionally. When nothing but the sharpest image is expected, the EOS 5DS R also features a low pass cancellation filter to maximise the sensor’s resolution and visible image quality. Alongside the new DSLRs, Canon also introduces the EF 11-24mm f/4L USM, the world’s widest-angle rectilinear zoom lens¹, the perfect companion for landscape and architecture photographers. 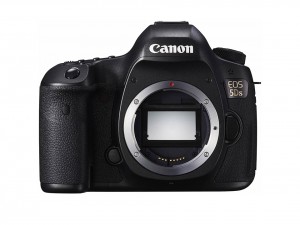 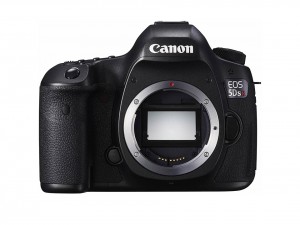 Built to withstand the most demanding shoots, the EOS 5DS and EOS 5DS R’s dual DIGIC 6 processors provide the rapid performance and responsiveness required to deliver first-class images with exceptional colour reproduction. Both processors are designed to comfortably manage huge levels of image data from the 50.6 MP sensor, whilst simultaneously reducing image noise and providing the freedom to shoot at five frames per second.

Created to ensure every detail of your exquisite landscape or high-fashion studio shoot is in focus, the EOS 5DS and EOS 5DS R feature an advanced 61-point AF system, with 41 cross-type points, delivering incredible levels of image sharpness and accuracy across the frame. Both cameras comfortably maintain focus with moving subjects, using EOS Intelligent Tracking and Recognition AF (iTR) to track both faces and colour. To reduce image blur, Canon’s Mirror Vibration Control System uses cams to drive the cameras’ mirror up and down in a highly controlled fashion, avoiding all sudden stops and softening the shutter-release sound.

Putting unrivalled image quality at your fingertips, the EOS 5DS and EOS 5DS R include a number of customisable modes and settings to ensure stunning results every time. A new Fine Detail Picture Style maximises the level of detail that can be achieved from the sensor, enabling advanced sharpness adjustment without the need for editing software.

Popular creative modes, including Multiple Exposure and HDR, provide instant, in-camera creativity, while a built-in timer allows you to shoot over long periods and create stunning time lapse videos, without being tied to the camera or needing advanced software and excessive kit.

The EOS 5DS and EOS 5DS R have been expertly constructed to allow you to operate quickly, regardless of the environment you’re shooting in. The 100% viewfinder with electronic overlay makes framing vital shots easy and can be customised to your preferred style. The large, 8.11cm (3.2”) Clear View II LCD screen, with an anti-reflective structure, minimises reflection or glare when reviewing shots and also acts as a visual and accessible dashboard of the most commonly used settings. The cameras’ new Custom Quick Control screen means that the type, size and position of icons are also easily customisable to the user or shooting scenario.

Both cameras utilise Canon’s iconic design DNA – a highly durable body constructed from high-grade magnesium alloy to provide weather resilient shooting – ideal for landscape photographers who are dedicated to getting the perfect shot, whatever the weather.