Using a reflector to lower contrast in portraits

Reflectors are often used by photographers to bounce the light in their pictures. Typically shiny surfaces such as silver or gold colours increase the contrast by the addition of specular highlights. A diffuser by comparison reduces the contrast and reduces the specularity.

It is possible to use the reflector to lower the contrast, by using it to block light from the subject, creating shadow. This weekend I was photographing Jo in Oxford. The light was a mix of cloudy with brief intervals of sunlight as the clouds moved around. I had positioned Jo in a doorway thinking that I could use the tones and the shadow to make a better picture. Travelling light I had just the Lastolite TriGrip with Sunfire & Silver surfaces

with me, no diffusers. 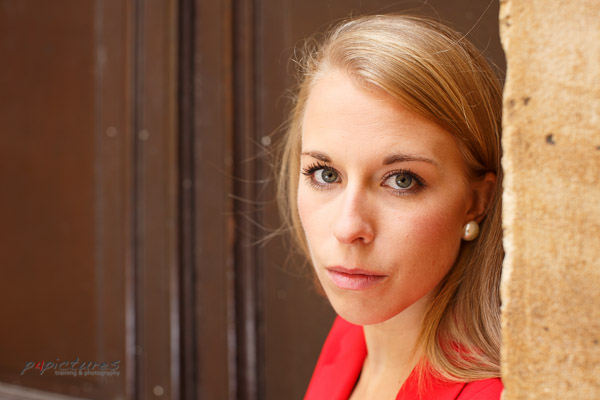 The shot above was taken without the reflector blocking the light. I could see it was too contrasty and I was looking for a simple solution. I luckily had Jonathan Thompson with me to help me out on this shoot and so I asked him to hold the TriGrip just out of frame blocking the light from Jo’s face. I think he was balancing part on top of my head too 🙂 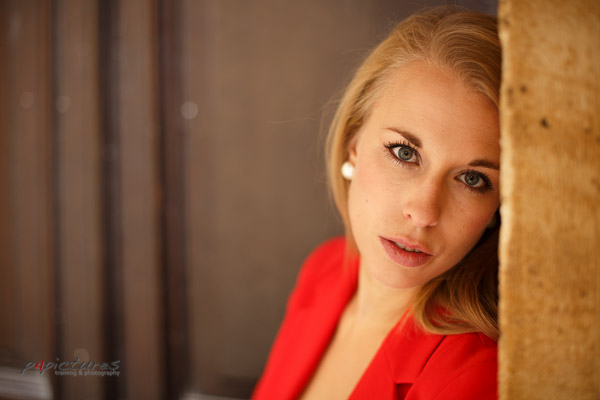 Just blocking the light, and with the surface reflecting darker tones I shot this frame, which has much less contrast on Jo’s face and is more what I had hoped the doorway alone would do. I put it partly down to the silver reflector reflecting the dark brown and killing the light from falling right on Jo’s face.

I’ll keep it quick and short today, I have a huge heap of photos of Jo to work through but these two were worth showing a simple technique where the usual thinking can be turned on it’s head; using a reflector to lower the contrast.

Thanks to Jo and Jonathan for a fun filled afternoon in Oxford.

2 Responses to Using a reflector to lower contrast in portraits