Shutter speed is the tool that photographers use to control how movement is captured. Traditional wisdom is that for fast action you need a fast shutter speed, but like most rules in photography; once you understand it you can break it too.

Recently I photographed the Red Bull Pro Nationals Moto X at Cullham Park circuit. It was the last round of the championship with several of the titles for 2013 still up for grabs. As a result the action was fast and with so many different race sessions during the day it was a fine opportunity to demonstrate shutter speed selection for fast action sport. It helped even more that the light was often plentiful.

To freeze motion you need a fast shutter speed; but how fast is fast enough?

1/2,500s freezing the motion of the rider & the spokes in the wheel

With a subject that is coming straight at the camera you need a fast shutter speed to freeze the details. A vehicle or rider moving towards the camera at 70mph will move a little over 3cm during a 1/1,000s exposure. The faster your subjects are moving the faster you need to push the shutter speed. In the picture above the rider is accelerating from a corner so his speed is not so fast and the 1/2,500s shutter speed even freezes the spokes in the wheel. At smaller image sizes pictures look sharp, but larger ones show a bit more blur. The picture below captured at 1/1,000s is not as free of the motion blur as the one at 1/2,500s; look at the tread blocks on the tyre. 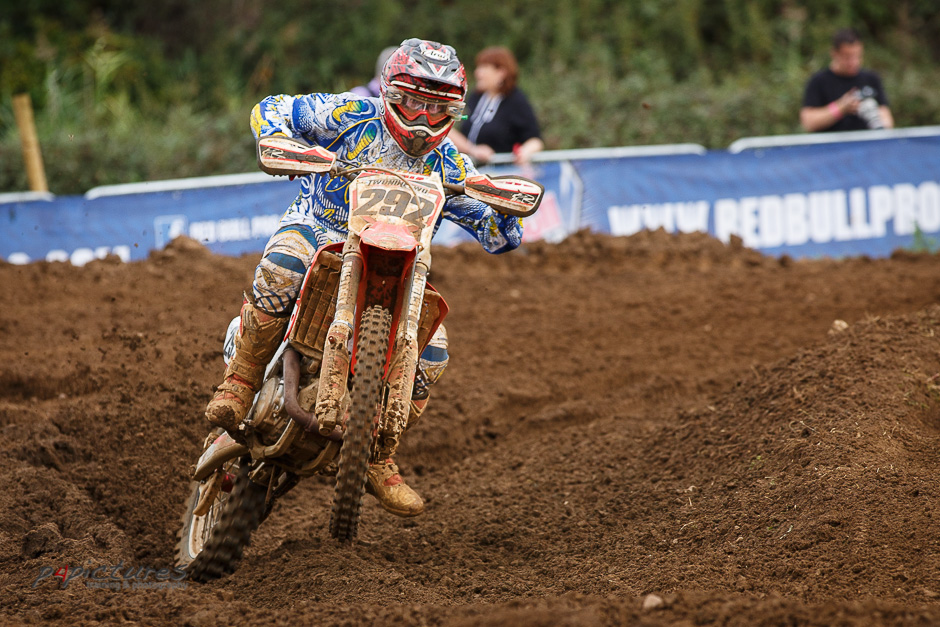 If you choose a slow shutter speed then the motion of the rider and machine needs to be tracked with your camera; a technique called panning. 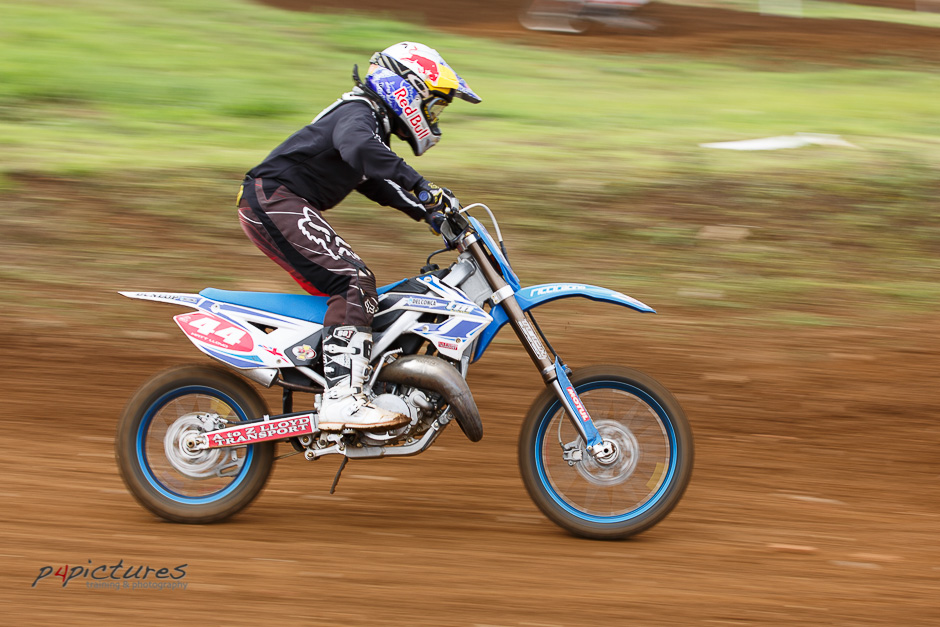 1/100s and panning the camera with the rider

If you are panning with an Image Stabilizer lens, you should switch to Mode 2 stabilisation if your lens has it

In the picture above the 1/100s shutter speed and the panning of the camera with the rider conveys the speed really well. However with panning it takes a lot of practice to accurately swing the camera with the subjects. The slower the shutter speed and the faster the subject the more difficult it is. During the 1/100s  not only is the rider moving in the direction the camera pans, but his body is moving with the bike too due to the rough surface. This gives the problem that the riders head and shoulders are not really sharp. On the day at the motocross I only used shutter speeds between 1/100s and 1/2,500s.

You can freeze motion of subjects with a burst of flash, but since the ambient light is quite high in these pictures it creates a ghosting effect. The flash fires and give a sharp subject, but then the longer exposure and panned camera add motion. The high levels of ambient light allows enough blur to be recorded that the subject is a mix of sharp and blurred. Stopping down the aperture can help, but it also reduces the effectiveness of the flash.

Since a Canon dedicated Speedlite was used then it was possible to use high speed sync. This lets the camera work with faster shutter speeds, but reduces the effective power of the flash the faster the shutter speed goes. 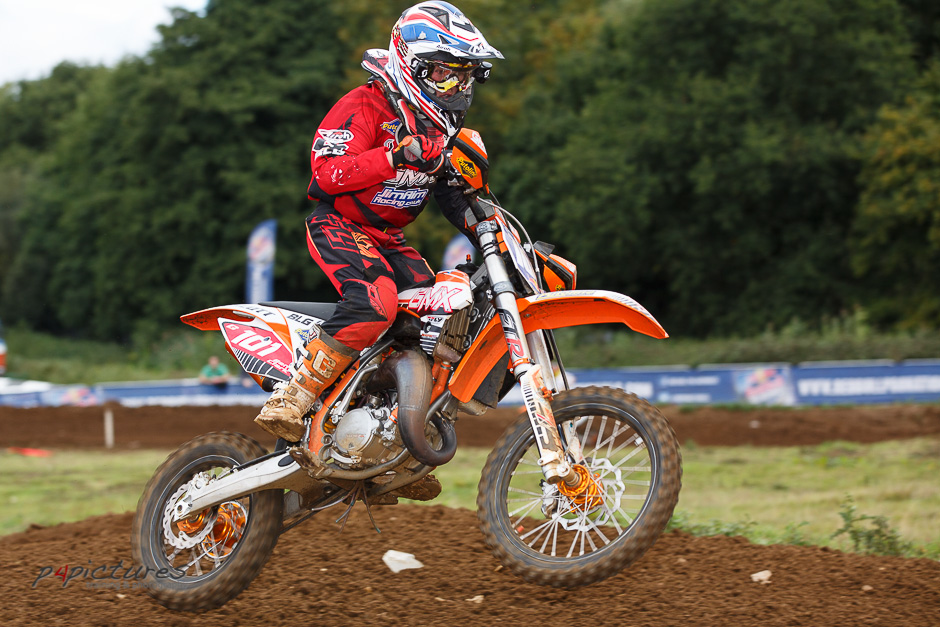 Even at 1/1,000s there is still some blur to the spokes in the wheel. Much faster shutter speeds reduce the effective output of the flash even more. Maybe it was time to bundle a number of Speedlites together and control them all as a single group in high speed sync 🙂

Rules of the road…

Photographers are often told that to hand hold a lens you need to be using shutter speed that is the reciprocal of the effective focal length. So for a 200mm lens then you need 1/200s to be able to hand hold it. With fast moving subjects the subject movement is more of a problem as shown here, but the one over the focal length rule is important to bear in mind.

The Red Bull Pro Nationals event was great, and I’m looking forward to shooting more motocross next year and will probably venture down to the Canada Heights track in Kent, i’m told it is fantastic for getting really close to the action.

One Response to Shutter speed for fast action sport