Fill-in flash is often used to reduce the contrast that occurs in photos that have a bright backlight, these typically leave your subject with a dark face as it’s in shadow. Adding a pop of flash will lower the contrast range and light the face. Canon E-TTL II will always try to achieve balanced fill-in flash if the camera is in Aperture Priority (Av) or Shutter Priority (Tv) mode. In Program (P) the camera might give fill-in flash and might not. 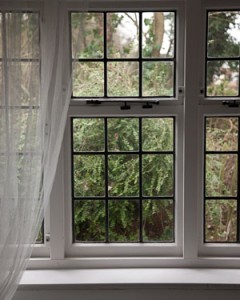 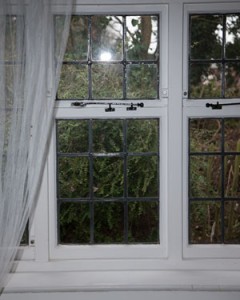 In the picture on the left, the shutter speed is 1/20s and since no flash is used the camera treats the whole frame scene as the subject to meter from including the green bushes outside of the window.

Adding a Speedlite flash and program mode shows quite a different result in comparison with the initial shot  taken without flash. The reason is that in program mode the camera will only select a shutter speed as low as 1/60s when a flash is used. The idea being that this way camera shake is reduced. However this picture – simple as it is – contains some elements lit by the flash and some lit by the natural daylight on the bushes in the background outside the window. The pre-flash is used to determine where the flash lit subject is in the frame, and the appropriate exposure. Since the flash subject is a white window frame the camera gets confused and lights it with enough flash to make it grey.

I find that program mode with flash is the combination most likely to catch photographers out. Let’s assume you are taking pictures outside on a nice sunny day, you are shooting with a backlight from the sun and using the flash for fill from the front. It’s all looking great with nice balance. Now you go inside and the light level has dropped so the camera stops doing fill-in flash and the backgrounds behind your subjects go dark or even black and it makes the subject stand out from the background much more – often making people think the flash is over lighting the subject. 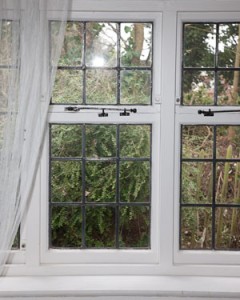 Using Aperture Priority the camera has chosen a much slower shutter speed 1/8s to allow the parts of the scene that are lit by ambient light to be captured. (I think a cloud passed overhead too!) The key thing to note here is that Av mode will always try to balance the flash and ambient lit parts and Av is quite happy to choose thirty seconds (30s) for a shutter speed if you shoot in pitch black coal cellars. The problem often becomes camera shake being visible.

Shutter Priority (Tv) will also try to balance flash and ambient, but often if you choose too small an aperture you might run out of flash power to light your subject so I tend to avoid using Tv mode for flash pictures entirely, and would use manual mode instead. 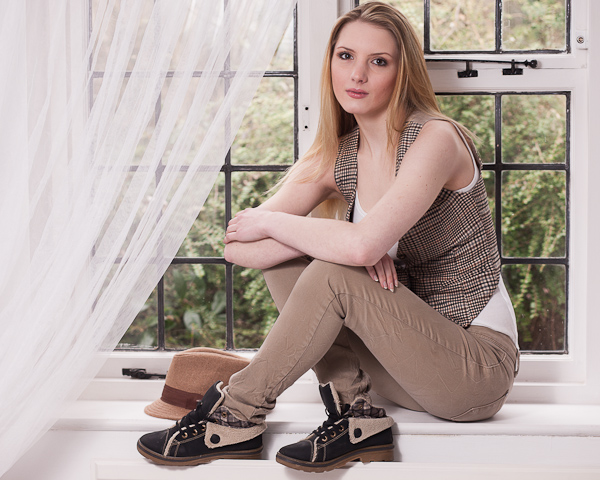 In the event of very bright sunlight, or an intention to use wide aperture lenses then high speed sync is often the next topic to learn. I’ll cover that in a future post.