Today i’ll be joining a group of photographers and models at Gareth Davies Studio for a shoot with a difference. As a group we have a broad range of styles and approaches, and our last meet with cameras was at a tester workshop a few months back where the idea for this shoot was hatched. 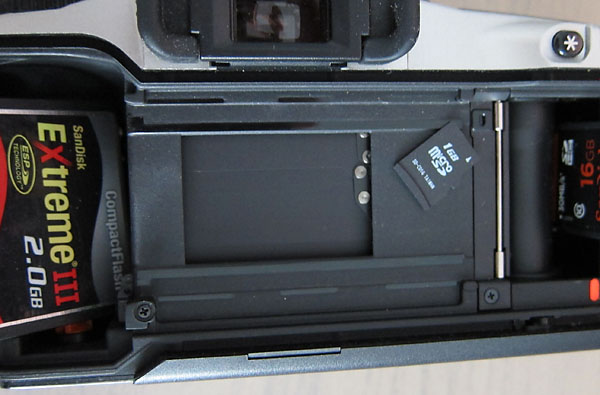 Can't get the memory cards in here...

We have the theme of Film for the days shoot, and to go with it there’s a stipulation that we all need to shoot at least one roll of film on the day. The stream of emails when that was announced was entertaining in the least, and downright comical at best. I sold all my film cameras many years ago and can’t even find a film camera at home in the back of a cupboard or down the back of the sofa. 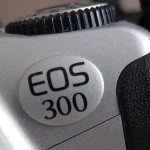 Vintage, but someone took the D away

A quick call to some friends and I’ve loaned an EOS 300, yes the one without the D. I’ve also discovered that a local mini-lab also still sells XP2 so that is my choice done for the day. Of course I can’t use an EF-S lens on the camera, but all the other lenses are fine. One thing I am reminded of is how nice and big viewfinders are on film cameras. Since the EOS 300 film camera is “Full Frame” then the viewfinder is noticeably bigger than the one on an APS-C sensor digital SLR. It was not a great surprise to find the EOS 300 needed batteries as it’s pair of CR2 batteries were dead. Fortunately I can borrow some from my flash triggers.

I will post shots from the shoot including some film ones on the blog when I get the film back. I think that as a group we have all realised that our faces are often best hidden behind a camera looking though the viewfinder than looking through the front element when the flash goes off… I think we’ll be needing the Lock stock & two smoking barrels soundtrack for the day.

Picture by Keith Hammond, though the model was hard to work with

But why #CurryClub? If you have to ask you can’t be told

One Response to #CurryClub studio shoot