Sometimes you just need to get close, really close, to make a great picture but what if close is less than the minimum focus distance of your lens?

You can add an extension tube between the camera and the lens, this moves the lens further away from the sensor, but has the effect of reducing the minimum focus distance of the lens and also you give up the ability to focus on infinity.

Canon has two extension tubes in it’s line the EF25 II and EF12 II. These tubes will work with both EF and EF-S lenses, the older EF12 and EF25 will only work with EF lenses. The longer EF25 II tube moves the lens 25mm away and the EF12 II moves it 12mm. The power of the tubes should not be forgotten, some wide angle lenses are not usable with these tubes as it actually moves the close focus point inside the lens itself.

Extension tubes create the possibility of a somewhat ‘wrong’ situation as it’s possible to use the Mark II version of the extension tubes to put an EF-S lens on a full frame camera. I once combined an EF-S 18-55mm f/3.5-5.6 USM kit lens with an EOS-1Ds Mark III using the EF12 II

One of my favourite lenses the EF 135mm f/2L USM is converted to a really useful lens for small subjects with the addition of the extension tubes. Adding the EF25 II tube reduces the lens normal minimum focus of 0.9m to around 0.6m and the magnification is in the range 0.41~0.2x, normally it’s 0.19x without an extender. 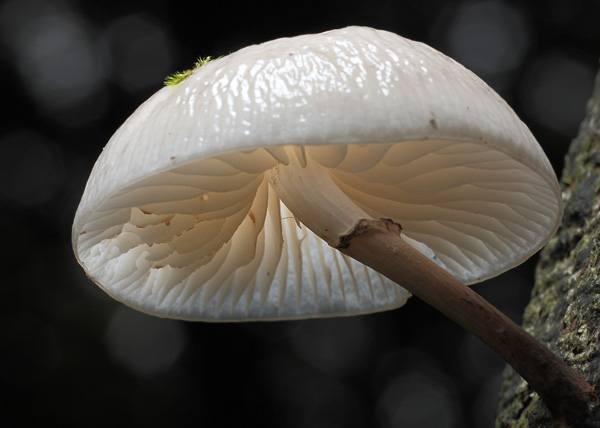 One Response to Even closer encounters