Choosing a lens for British Touring Cars at Brands Hatch

Lucky to have to make the choice of lens

The Brands Hatch circuit is one that has not hosted Formula 1 cars recently, and so there are good opportunities for shooting the cars from the publicly accessible spectator areas. You can get close to the circuit in several photographically interesting places. The race is on the short Indy circuit, this means the cars will lap the circuit in less than fifty seconds and with three races there’s plenty of opportunities for pictures. As I am typing this the BTCC cars are out for their first free practice session of the weekend and season.

The question I have to answer before tomorrow is which lens to take? 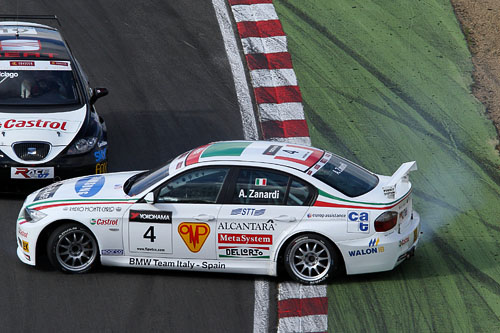 From past experience with both film and digital I know that actually 400mm is often more than enough for this circuit. Currently I’ve narrowed the options down to an EF100-400mm f/4.5-5.6L IS USM or the EF70-200mm f/2.8L IS II USM with an EF 1.4x extender II. Both would give me the needed reach. Many years ago in the days of slide film I shot with an EOS 5 camera and EF300mm f/4L USM with EF 1.4x extender, and more recently I’ve photographed world touring cars and sports car racing at Brands Hatch with an EF300mm f/2.8L IS USM with the EF 1.4x extender II. 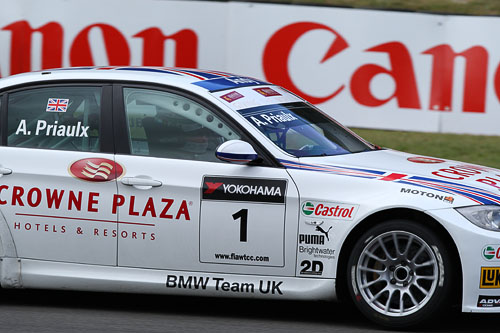 One thing is clear, the weather plays a part, if it’s cold and wet then i’m more likely to move around the circuit more and the flexibility of the 70-200 with extender is probably the choice, oh and it is so frighteningly sharp, with fast AF and the better Image Stabilizer. The 100-400mm is one of my least favoured lenses, I don’t really like the push-pull zoom action and often find I use it with the zoom position almost locked, a bit like a fixed focal length lens. The 100-400 is also slower in AF and aperture. I am planning that the decision is made at the last minute and will take the weather in to account. The tickets from Honda have access to the pitlane grandstand and while i’ve not shot a race from there I know that the grandstand is further back from the circuit edge than some of the spectator positions.

If you want to see the races they will be boradcast live on ITV 4 in the UK or you can see live timing info from TSL all weekend. Also the Honda Racing BTCC team are updating on twitter @hondaracingbtcc during the weekend.

The choice I make will be revealed next week with pictures from the race.

Update: One of the Honda team has just had a big accident and the session is red-flagged