Why camera AF works better with f/2.8 or faster lenses

…and why you need to have at least f/5.6 aperture for AF to work

Canon DSLR cameras use an AF system known as phase detection. This system is fast and accurate, much faster than the contrast detection AF system used in most compact cameras. In recent times the number of AF points and the area of the image frame that they cover have all increased.

If you remember the days of film cameras and manual focus SLRs, your will likely have a hazy memory of the the split image and often micro-prism collar around it that were in the centre of the viewfinder. With the split image you simply positioned it over a line of vertical contrast and manually focussed the lens so that the split showed both parts of the line in joined up. Essentially the phase detection system does exactly the same thing, and it is also enough to know that the amount that a line is displaced from it’s other part and the direction of the displacement can tell the AF system which way to move the focus and by how much. If you want to know more about phase detection AF check out Wikipedia.

The other characteristic of the old split image system is that if the lens maximum aperture was slow, eg f/5.6 or less, then the split image would often just go black and be unusable. It’s the same for camera AF systems, use a lens with a slow aperture and the ‘split’ image is darker and therefore harder or impossible to focus with. If you want the best AF performance in terms of accuracy and speed you should be using a lens, or lens and extender combination that has a maximum aperture of f/2.8 or more. This is why the standard 3-lens professional kit is the 16-35mm f/2.8, 24-70mm f/2.8 and 70-200mm f/2.8. All lenses allow the AF system to perform at it’s best. 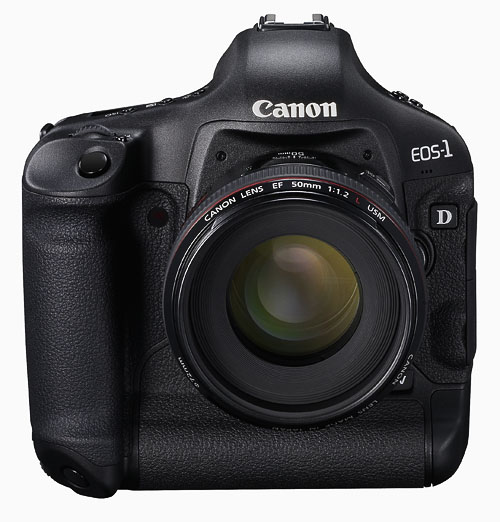 Recently I was talking to a colleague about his choice of inexpensive prime lenses for his EOS-1D Mark IV and I recalled afterwards that there are some caveats to the ‘f/2.8 or faster’ guidance for wide-area AF sensors. In the manuals for the EOS-1D Mark IV, EOS-1D Mark III and EOS-1Ds Mark III it describes that when using the EF24mm f/2.8 and EF 28mm f/2.8 lenses the cross type sensors at the periphery of the AF zone will not work as cross-type sensors, only horizontal types.

If long lenses and extenders is your mode of operation the EOS-1D model cameras have one additional skill, they can still do AF with a lens or lens + extender that reaches f/8 aperture. The centre AF point will only provide a horizontal-line sensitive AF point, but you will get AF.

2 Responses to Why camera AF works better with f/2.8 or faster lenses